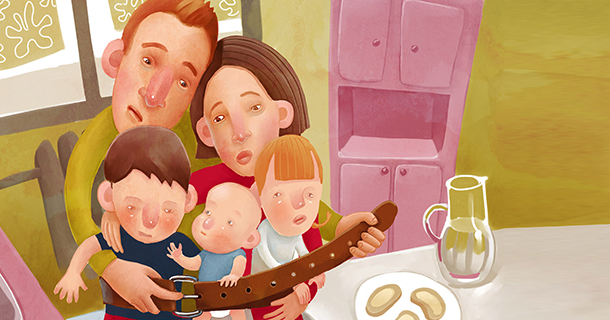 A new study by the Center for Housing Policy confirms that falling home prices have not solved the housing affordability problems of the nation’s working households. In fact, the Center’s Housing Landscape 2012 report found that the share of working households paying more than half their income for housing rose significantly between 2008 and 2010 for both renters and owners.

The annual report explores the latest Census data from 2008 to 2010 on housing costs and income, including housing cost burden data from the 50 largest U.S. metropolitan areas, all 50 states and the District of Columbia. Among other conclusions, the report finds that nearly one in four working households in the U.S. spends more than half of total income on housing.

Housing cost burden for working households grew over the two-year period studied largely due to falling incomes and rising rental housing costs. Report author Laura Williams says rents rose due to increased demand for rental housing which has outstripped supply, partly due to the crisis on the homeownership side of the market.

“More and more people are interested in renting,” Williams remarked.

“Some prefer it because it allows them to be more mobile in a tough job market. Others are postponing purchasing a home or facing difficulties obtaining a mortgage. Given the long lead times involved in responding to increased demand with increased supply, the rental market has tightened somewhat and rents increased.”

For working homeowners over the same two-year period, incomes slid more than twice as much as housing costs. In fact, incomes for working homeowners fell even more sharply than they did for working renters. Jeffrey Lubell, executive director of the Washington-based Center for Housing Policy, said this phenomenon was primarily due to a drop in average hours worked among moderate-income homeowners.

Nearly one in four working households spends more than half of its income on housing. The share of working households with a severe housing cost burden increased significantly between 2008 and 2010, rising from 21.8 percent to 23.6 percent.

Eight other states that saw no significant increase in the percentage of such households already had steadily high rates of severe housing cost burden.

Among the 50 states and the District of Columbia, the following five had the highest share of working households with a severe housing cost burden in 2010:

A closer look at the data reveals that the share of working households with a severe housing cost burden increased significantly over the two years studied in 19 of the 50 largest metropolitan areas, yet decreased significantly only in the Riverside, Calif., area. Of these 19 metro areas, 13 are located in the South and two more are in California. Overall, the level of severe housing cost burden among working households displayed a high level of variation at the metropolitan level. Levels ranged from a high of 43 percent in the Miami area to a low of 15 percent in Pittsburgh.