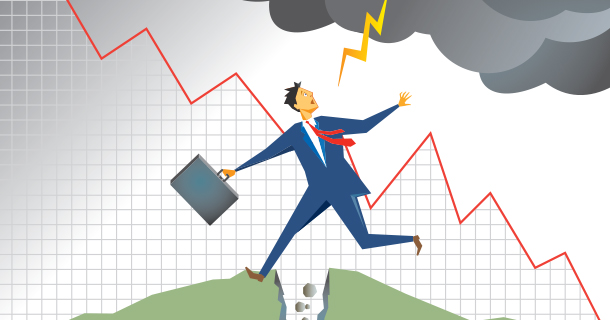 In recent months, employers have stepped up hiring, layoffs have slowed and the unemployment rate has begun to fall more quickly. But the rosier picture hasn’t been a boon to everyone without a job. In February, 3.5 percent of the U.S. work force was unemployed for more than six months, compared with 4.0 percent in February of 2010, a smaller decline than in the overall jobless rate. The average unemployed worker has been jobless for 40 weeks, a mark that has barely budged in the past six months.

The diverging fortunes of the long- and short-term unemployed worry many economists because it suggests the emergence of deeper, structural problems that could persist long after the rest of the economy recovers. Rather than returning to work as the economy recovers, as they have after past U.S. recessions, the long-term unemployed could effectively break off from the normal job market, ultimately forming an underclass of permanently unemployed.

“It’s really as though you just take a certain number of workers and just chop them off, throw them away and the rest of the economy behaves just fine,” said Laurence Ball, an economics professor at Johns Hopkins University. “I’ve been surprised that this isn’t viewed as more of a crisis.”

Economists call this grim prospect “hysteresis,” a term borrowed from chemistry meaning that the past affects the present. The concept, as applied to the labor market, has its roots in a 1986 paper by Olivier Blanchard, now chief economist of the International Monetary Fund, and Lawrence Summers, Harvard economist and former Treasury secretary.

When they wrote their paper, Blanchard and Summers were thinking about Europe, which was then mired in a 15-year struggle with long-term unemployment. The U.S., by contrast, has little history with such problems. Even in the early 1980s, when the U.S. unemployment rate got close to 11 percent at one point, the average length of unemployment, at its peak, was just over 21 weeks, and fell quickly from there.

Now, however, some economists are re-evaluating that assumption. In a recent paper, Summers and University of California, Berkeley economist J. Bradford DeLong, argue that the experiences of the past two-and-a-half-years “raise the possibility that the U.S. is not, after all, largely immune” from the phenomenon.

But some economists argue that in the wake of a severe recession, the lines between cyclical and structural unemployment can become blurred. Workers who lose their jobs because of cyclical factors-a factory that lays off workers, a restaurant that closes, an office that decides to go without a front-desk receptionist-might stay out of work so long that they become effectively unemployable. Their skills erode, they fall behind on the latest technologies and industry trends, or they become stigmatized by employers who assume there must be something wrong with anyone who’s been unemployed so long.

“Cyclical unemployment, left untreated, so to speak, for a long time can become structural unemployment as people lose skills, as they lose attachment to the labor force, as their work networks dry up and so on,” Federal Reserve Chairman Ben Bernanke.

Few economists are yet ready to declare that hysteresis has set in. Given the slow recovery, finding a job hasn’t been hard for just the long-term unemployed, it has been a struggle for nearly everyone. Only as the job market improves will definitive evidence emerge for or against a structural shift.

But DeLong and Summers point to worrying signs. Even as the unemployment rate has fallen in recent months, the share of the adult population that is working-the socalled employment-population ratio-has barely improved. That is likely due in part to demographic shifts, as the baby boom generation begins to retire. But it could also suggest that displaced workers aren’t returning to the work force as the economy improves.

It isn’t clear why, exactly, the U.S. economy is behaving differently this time. The severity of the recession is certainly part of the explanation. So, most likely, is the boom and bust of the construction industry, which left millions of workers, mostly men, without the skills they need to find new jobs.

There may also be longer-term trends at work. Steve Davis, an economist at the University of Chicago’s Booth School of Business, notes that the employment-population ratio had been trending downward even before the recession, as had the rate at which workers change jobs. Both could be signs that the U.S. labor market’s much vaunted flexibility may be eroding.

There is little agreement on the solution. Traditional economics suggests that structural unemployment doesn’t respond to the kind of stimulus measures-government spending, tax cuts, reduced interest rates- that are the standard approach to high cyclical unemployment. But some economists, including Bernanke, have argued that policy makers should try to jump-start the economy so that the unemployed find jobs before structural problems take root. Others argue that extended unemployment benefits have contributed to the problem by encouraging workers to delay looking for work, raising the risk that they will fall victim to structural unemployment.

What nearly all experts can agree on is this: For those hit hardest by the recession, time is running out.