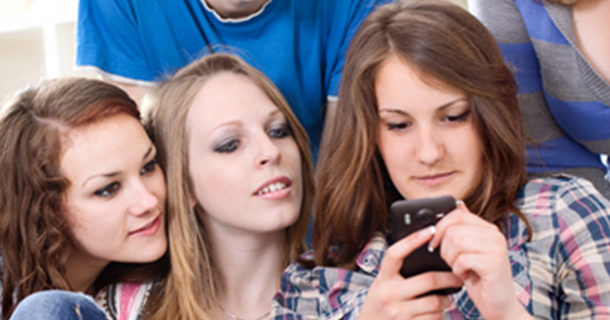 Most meetings “start with chitchat,” says the 39-year-old co-founder of LearnFunGo, a discount software-learning website, who moved to Boston five years ago. “And you’re like ‘Hmm, I don’t get it.’ You’re left out.”

While learning American idioms is challenging, texting, email and social networks have generated a tidal wave of new slang and abbreviations in English. It is difficult enough to decode “OMG” (Oh my God) “BFF” (best friends forever) and “GTG” (got to go), let alone understand why it’s funny to call something a “fail” (but not a “failure”).

“Nowadays, peppering our speech with nonstandard English is being a regular Joe,” says Jason Riggle, assistant professor of sociology at the University of Chicago.

Getting comfortable with slang is essential for building relationships and communicating at work. For a manager, relying on formal English can create distance. “Without knowing idioms, they look at you and say, ‘Oh my God, who is this woman?'” says Vladimira Gueren, 51, a former chief financial officer in Palm Coast, Fla., who moved from the Czech Republic four years ago.

Textbooks aren’t much use for managers trying to keep up with viral expressions emerging in music and videos, says Amy Gillett, author of English slang and idiom vocabulary books including Speak Business English Like an American. Many professionals don’t realize they need help until they arrive here, says Gillett, who also is a director of executive education at the University of Michigan, Ann Arbor.

Another hurdle: choosing which words and phrases are appropriate for the speaker and the situation. In her books, Gillett presents terms like “slack off” and “stressed out.” But she says she doesn’t want to teach idioms that are too cutting-edge, such as using “sick” to mean “cool” or “epic” to mean “awesome.”

Over the past 10 years, instructors at Berlitz Language Schools have been asked to put more emphasis on the context in which particular terms are used, says Shawn Scott, North America’s director of instruction at Berlitz International, which runs schools around the world. “With slang and idioms, learners can read it but don’t understand the meaning,” says Scott.

At Kennesaw State University in Georgia, the Intensive English Program doesn’t teach a slang expression until it is in use for more than one generation, says David Johnson, a professor of English and director of the program. “We teach things like ‘home run,’ which has staying power,” he says.

At times, the slang terms promulgated in classrooms can be outdated. A recent Berlitz English as a Second Language class in Chicago taught students the meanings of “skedaddle,” which dates back to the Civil War, and “Valley girl,” from the 1980s.

One way to learn the latest in conversational English: Rana Al Ruhaily, 29, a doctor who moved to Chicago from Saudi Arabia last year, says she and her husband consider the show “Family Guy” to be required TV viewing, to help fill in gaps.

John Hayden started English, Baby!, a website based in Portland, Ore., to help nonnative speakers keep up with slang. The 10-person staff scours celebrity interviews to add to its list of commonly spoken phrases. Posts about “never say never” (from a Justin Bieber song) and “slack off” have been some of the most popular, Hayden says.

One trouble spot he sees: “families” of slang words used in many different ways. “You can have a crush that you’re crushing on, but you can’t crush your crush,” Hayden says. “See how that could get confusing?”

Even people who live overseas are eager to pick up American idioms. Jessica Beinecke reaches an audience of 8.5 million Chinese each week as host of OMG! Meiyu, a Voice of America web show that Beinecke, 25, hosts in Mandarin. Recent expressions include “eye gunk” and “wandering eyes.” But students often find it hard to understand which phrases are age-appropriate, she says. “I’m worried that I’m creating this audience in China who is going to speak like a 25-year-old blonde woman,” says Beinecke.

Jennifer Powell-Lunder, a clinical psychologist and author of Teenage as Second Language: A Parent’s Guide to Becoming Bilingual,” says midcareer professionals must be especially vigilant about recognizing when they sound like teen wannabes. “Adults will start speaking this kind of language without really grasping the source,” she says. For example, she says, adults who use the word “phat” will be heard as saying “overweight,” rather than cool.

Jie Teng, a 28-year-old business-school student from Hunan Province, China, is reluctant to use slang, because it’s so easy to mess up. She has sworn off “hook up,” which she recently used to mean “preoccupied,” not realizing that it has other meanings. “I used it the wrong way and it was kind of embarrassing,” she says.

Here are some slang terms that students of English most want to learn and some of the words that are the most difficult to use.

Popular slang
Dude This term, as in “Hey, dude!” and “Dude, what’s up?”-has had an unusually long shelf life for slang. “Nonnative speakers are sometimes curious if there is a female version of ‘dude,'” says Amy Gillett, author of Speak Business English Like an American. But these versions, ‘dudette’ and ‘dudess’- never caught on.”

Chilling Hanging out, doing nothing. “Nonnative speakers who strive to sound cool will learn quickly to drop the “g” on the end,” says Gillett.

Psyched “It’s easy to use. You can basically drop it in anywhere you would normally use ‘excited,’ says John Hayden, cofounder of a website called English, Baby!

Man up To “be strong, do what is expected of you.” “This one is popular because it’s current. You hear celebrities use it often,” says Hayden.

Big deal To native speakers, this phrase may not even sound like slang, but Hayden calls it “gateway slang; You can learn it and use it easily without much risk of misuse.”

Tricky slang
What’s Up?/Wassup? In its shortest form (‘sup?), it can be hard to understand. It’s also hard to answer, says Gillett. Students “need to learn the acceptable replies-not much, nothing much-instead of replying, ‘Fine,’ ‘Good’ or ‘OK.'”

Shut up! This phrase can be rude. But “with a smile and rising intonation, it could mean ‘I don’t believe you’ or ‘Really? Tell me more,'” says Gillett. Or if you stress the ‘shut’ and stretch it out, it could mean, ‘No way!’ or ‘That’s hard to believe!'”