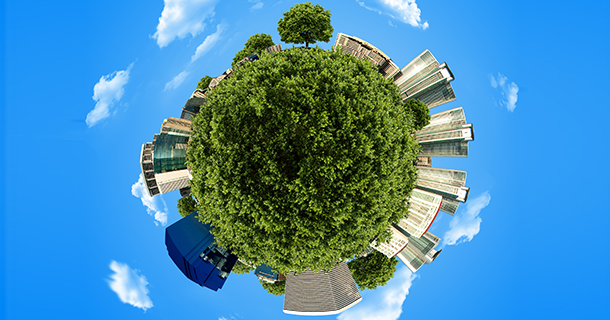 But there is no reason that every idea has to be a big idea. You don’t want to edit yourself out of entrepreneurial activity because it’s not going to be a revolutionary page one story in The New York Times.

Besides, the question of scalability is often a matter of placing the proverbial cart before the horse. An individual-or corporation- may think they have a big idea, but neither is the ultimate decider of whether that is true. Only the market can decide. Said another way, we don’t grow our ideas and products, our customers do.

Since it is often hard, if even possible at all, to predict what our customers will do (and even more so what customers that come on board that we don’t even know about now will do) maybe a better a strategy for coming with the big idea is to start with as many promising ones as possible . And clearly thinking entrepreneurially can help here.

One last point about this. If a million people are acting in a million small ways, the question of scalability is potentially irrelevant, as long as the system improves. It doesn’t have to be optimal action, at first, just progress.

In 1966, Robert F. Kennedy (then a U.S. Senator from New York) said this at the University of Cape Town, South Africa, “Few will have the greatness to bend history itself, but each of us can work to change the small portion of events, and in the total of all those acts will be written the history of this generation. It is from numerous diverse acts of courage and belief that human history is shaped. Each time a man stands for an ideal, or acts to improve the lot of others, or strikes out against injustice, he sends forth a tiny ripple of hope, and crossing each other from a million different centers of energy and daring, those ripples build a current that can sweep down the mightiest of walls of oppression and resistance.”

A lot of us don’t want to necessarily tackle global warming or change the world, we want to improve our communities. We can, and out of these “small wins” will come results that other people will observe, and then figure out what they can do with what they are seeing.

Take the education crisis in the U.S. Outside of changing family structure, we know there are two things that will make a difference, teachers and principals. These two factors are more influential than buildings, government funding, everything else. So now what can I, as an individual, do?

Instead of trying to influence education on a national level-getting stumped by the magnitude of the problem in the process-we can, instead, concentrate on getting one more good teacher and/or principal hired. Over time these small successes will enroll others, and help fix the big issue by enrolling others. It takes for that to happen.

We live in an increasingly open-source, social world. Ideas can come from any place and going to any place, largely independent of language or culture.

In the 1900s, it was time consuming to get a message from place-to-place. Obviously, the Internet changed that, and allowed like-minded people to self organize.

Anything that works is communicated more broadly, and more rapidly, than ever before in history. Good ideas made public find audiences of interested parties to implement locally. All of this radically changes the ability of a single, good idea to have massive influence. We can now network little steps into big leaps.