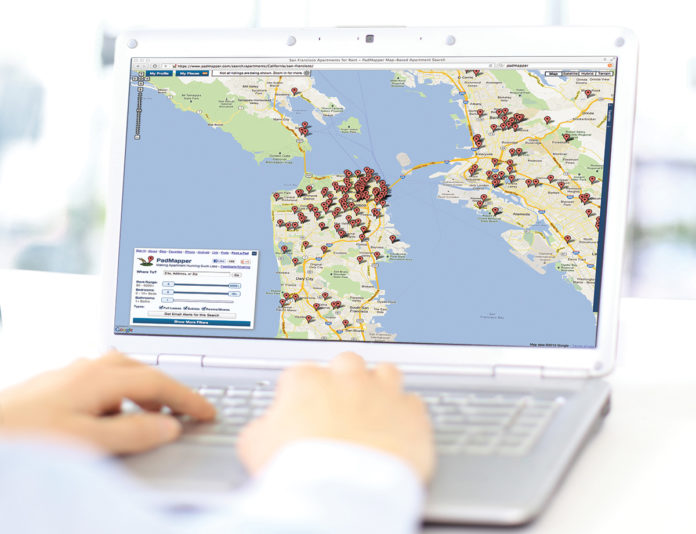 Neither Craigslist CEO Jim Buckmaster, nor its counsel, have responded to requests for comment.

“Our culture has always been community-driven, and what they tell us, in large numbers and for years, is that their posts are not to be used by others for profit,” Craig Newmark, the company’s founder, wrote adding that as a customer service representative, and not the CEO, he could not speak for the company.

Eric DeMenthon, PadMapper’s founder is looking for counsel. “3Taps doesn’t get any data from Craigslist directly, they get it from the Google cache, which is the difference-before I was just crawling, a la Google,” he wrote. “Since I’m not actually re-posting the content of the listings, just the facts about the listings, I figured (with legal advice) that there was no real copyright issue there.”

Craigslist does provide a license to companies that want to use the Craigslist data for mobile devices. In the court filing, Craigslist says that “PadMapper was offered a license to such content, but did not accept the terms.”

DeMenthon wrote on a company blog that by using 3Taps’ data, that he would be able to re-include Craigslist data on his site, after having removed it in June.

“I’ve found a way to include them that I’m told is legally kosher since it doesn’t touch their servers at all, but it still seems somewhat dickish to go against their wishes in this… I’ve always had a lot of respect for what they’ve done for the world,” he wrote. “Also, court seems like it’d be no fun.”

DeMenthon wrote that the license Craigslist was offering was a mobile-only app, and given that PadMapper is web-only, it was a non-starter.

Craigslist makes its money from broker-listed apartments and job listings in a handful of cities around the world. Other ads don’t generate revenue, a situation which has left some Craigslist fans scratching their heads.

“I don’t get how this hurts their bottom line,” said Lila Bailey, a fellow at the UC Berkeley School of Law.

The question is, then, if Craigslist isn’t losing money, why would it be so strongly enforcing copyright on its listings that other companies want to make more usable? Bailey added that Craigslist’s own terms of service forbid scraping.

“What it says is that as a user, you give Craigslist basically a non-exclusive license to show data around the world, and you assign them the right to enforce other people for scraping,” Bailey added. “As a user, you’re not giving up rights to your data, but you’re giving them this proxy to see whether other people are ‘stealing’ it.”

DeMenthon added that he would be open to working with Craigslist, but that the company does not seem to want to.

“If Craigslist is willing to talk, I’d be willing to consider changing what they find objectionable about the site, if it’s something other than showing search results from Craigslist,” he added.

“I obviously have a lot of thinking to do, but I’d love to actually be able to talk to them and see what would make them happy with PadMapper continuing to operate and serve users. PadMapper does make some money (the servers would bankrupt me otherwise), but much less than if my goal was just to make a lot of money. As far as amount, I’m the only person working fulltime on the site, I pay myself below market rate, and PadMapper as a whole has just about broken even overall. This isn’t due to lack of usage.”.