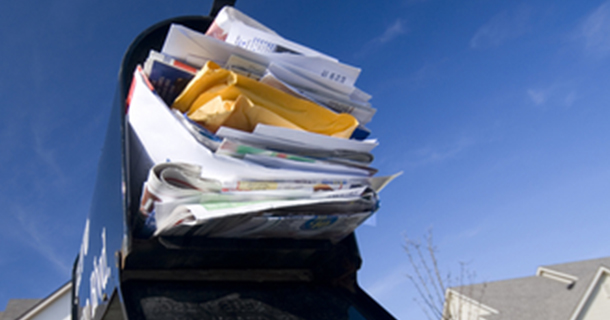 The suburban single-family home is becoming a misnomer as economic reality collides with shifting demographics.

Many suburban communities have long made it difficult, or impossible, for homeowners to convert underused space-barns, garages and basements-into rental apartments. But across the U.S., homeowners are pressing for changes in zoning laws to allow rentals while home builders report a rise in demand for houses with in-law suites or quarters with separate entry.

“There’s a change at both ends,” said Dean Palos, the director of planning in Johnson County, Kansas, near Kansas City, which is exploring allowing multiple dwellings in one house. “College graduates are going home to live, parents who are aging want to downsize. People see this as an economical way to take advantage of the property they have.”

Six years ago, Johnson County considered but ultimately didn’t pass a measure to allow so-called accessory units. But with both the job and housing markets struggling to recover, “now they are far more sympathetic,” Palos said of the county planning commissioners. At least half a dozen recent meetings have been devoted to the issue.

One of five college graduates, ages 25 to 34, is living with his or her parents, according to the Pew Research Center. Meanwhile, the number of shared households- meaning an adult not enrolled in school living with another adult who isn’t a spouse-rose 11.4 percent between 2007 and 2010, from 19.7 million households to 22 million, the Census reported in June. Yet the number of households grew by 1.3 percent during the period.

That number has stagnated as families double up and college graduates accept lower-wage jobs, unable to rent a place of their own. Economists, in part, blame the slow recovery of the housing sector on young people who aren’t setting up house on their own.

The brunt of America’s detached single-family homes-41.9 million, or more than half-are in the suburbs, according to Harvard’s Joint Center for Housing Studies; cities and rural areas comprise the rest.

The rise in shared households challenge the ideals upon which American suburbs were built, including ample space for families, their homes and their cars. But as baby boomers who raised families in the suburbs now age there, many don’t want to sell their homes-or can’t.

“People are occupying housing that is three to four times what they need,” said Patrick Hare, a longtime advocate for and author of books about accessory housing. “If you take all that surplus space, it can be utilized for accessory apartments.”

That’s the calculation that prompted Richard Lacroix, a retired engineer, to ask the town of Arlington, Mass., a Boston suburb, to change local zoning to allow homeowners to create and rent out accessory apartments. He has lived in his four-bedroom home since 1971 and saw an exodus of longtime neighbors because they couldn’t afford to stay. He wanted to convert his garage into a studio apartment.

“I am 73 years old,” he said. “They should let people age in place. The town is looking to a substantial increase in property taxes.” In May, the proposal was defeated in a town meeting. Lacroix, who prepared and presented a 17-page report on the merits of accessory units, says he plans to raise the issue again. His annual property taxes are $8,000, and he says they are only going up. “It’s just a matter of staying ahead,” he said.

Zoning definitions and allowances for such rentals vary by locality. Some towns forbid the construction of kitchens or full bathrooms in areas of a home that could be rented out. Others have allowed multiple units for decades as long as one portion is occupied by a homeowner and there is adequate off-street parking and utility capacity.

The real-estate data firm Reis Inc. reported this month that U.S. apartment vacancy rates are at their lowest point in a decade, and that rents were at record levels in more than 90 percent of the 82 markets it tracks.

Economists say the tight rental market is forcing many people to consider alternatives that in better times were largely dismissed- such as a room in a single-family home.

“In some markets, like Washington, New York, San Francisco, people can’t rent something in the areas they want to rent and they don’t want to commute two hours away,” said Mark Obrinsky, chief economist for the National Multi Housing Council. “This may be making some communities more open to rentals and to think about housing more broadly than they have.”

Builders of new homes are responding to the new extended American family-and their homes. Last year, Lennar Corp. rolled out a “Next Gen” model, calling it a “home within a home.” The houses feature a completely separate unit-with separate entry, kitchen, bathroom, bedroom and living area-attached to the main house with a double door similar to adjoining hotel rooms.

“We can’t build them fast enough,” said Jeff Roos, president for Lennar’s west region. “People want to live together but not on top of each other.” He said the houses are attracting primarily families who use the extra unit for their grown children or elderly parents; as a result, the builder hasn’t faced much resistance from municipalities worried about rentals, he said.

But constructing accessory units in existing homes is drawing ire. The planning board in Montgomery County, Md., has asked the county council to consider a measure to allow conversions without homeowners going through a public hearing. Still, homeowners worry about strained public utilities, schools and even the availability of parking spaces. They say illegal conversions have been a problem for some time now.

“This is a good way to supplement income on a fixed income like retirees,” said Valerie Berton, spokeswoman for the planning department. “People would much prefer to see this than see foreclosures happening.”

“They act as boarding houses without any legal review,” said Carol Petzold, who lives in Montgomery County and is a board member of the Aspen Hill Civic Association. “An occasional accessory apartment in a neighborhood is one thing, but when they pile up, there’s not enough room on our residential streets for all their vehicles.”

For tenants, such aesthetics likely won’t matter. “At some level, you’re looking for additional rental housing anywhere you can find it,” said Obrinsky.