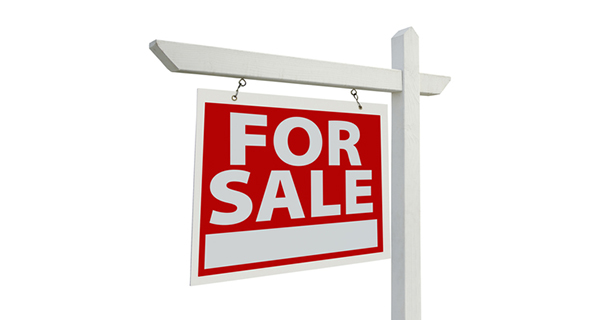 What some of Wall Street’s forecasts for a recovery may be underestimating are tectonic shifts in the U.S. economy that make the housing market a different place from a decade ago.

Record levels of student debt, 15 years of flat incomes and the fact that nearly half of homeowners are effectively stranded in their houses will likely weigh on prices into the indefinite future.

Several housing experts have said the market is in danger of drifting for years. In a bleaker scenario, the fragile U.S. economic recovery could slip back into recession if Europe’s crisis deepens or the political impasse in Washington triggers a new budget crisis, putting the housing market at risk again.

“We’ve gone through half of a lost decade since the crisis started in 2007,” said Robert Shiller, co-founder of the Case-Shiller U.S. housing price index and an economics professor at Yale University.

The so-called Lost Decade in Japan occurred after the speculative bubble in the 1980s, when abnormally low interest rates fueled soaring property values. The ensuing crash has continued to afflict the Japanese economy ever since.

“It seems to me that a plausible forecast is, given our inability to do stimulus now, for Japan-like slow growth for the next five years in the economy,” said Shiller.

One Reuters poll showed most economists think the U.S. housing market has now bottomed and prices should rise nearly 2 percent in 2013 after a flat 2012.

Generation stagnation
Consider the plight of college graduates, who go on to form households.

Many graduate into a climate of falling wages and soaring rents, members of the most indebted generation in history who owe an average $25,000 in student loans.

They elbow their way into a labor market so rough that the number of people with jobs is at a 30-year low, health and retirement benefits are shrinking and the young workers face a greater chance of losing their jobs than any generation before.

For Steve Blitz, chief economist at ITG Investment Research in New York, the housing market improvement has gotten as good as it can without more improvement in the labor market.

“I don’t see it worsening unless the economy goes back into a recession, but I think it’s more a case of stagnating,” Blitz said. It is not just the employment picture that makes the prospect of a housing recovery so precarious.

Housing prices and income usually move in lock step. But real median household income is stuck at the same level as during the Clinton Administration in 1996-at about $49,000.

That means the housing market will remain troubled for “an extended period of time,” according to Sam Khater, senior economist at housing data company CoreLogic.

In nearly every city, it now costs less to own than to rent.

But many would-be homeowners cannot buy. Lenders have virtually locked them out of the market by denying them mortgages, according to statistics from the Federal Housing Administration and a recent Morgan Stanley research report.

In May, consumers able to close on a mortgage had, on average, a near-perfect credit score. They could afford a 19 percent down payment on their new home. And they were still on track to spend no more 24 percent of their income on their new house, according to the Ellie Mae Origination Insight Report.

“Most of the population can’t meet current mortgage underwriting standards,” says trade publication Inside Mortgage Finance founder Guy Cecala. “They’re getting eliminated before they even get to the door.”

Some believe this credit freeze is only going to worsen. Washington is considering new mortgage regulations that would shift more responsibility for bad loans away from taxpayers and investors and toward banks.

“If all these new rules that Washington is talking about are put into place, it would be even harder to get a mortgage,” said Brian Lindy, an analyst at Amherst Securities Group, which released a report in May entitled “The Coming Crisis in Credit Availability.”

A hit with multi-generational homes
The U.S. housing market is actually hundreds if not thousands of markets.

Cities such as New York and San Francisco have joined other world cities, like London and Hong Kong, to form a global housing market that aligns its fortunes with the wealthy elite.

Then there’s Stockton, the California city that filed for bankruptcy in June. A recent Rockefeller Institute of Government research report suggested it could turn into a ghost town with its lack of jobs and abundance of abandoned, foreclosed homes.

Still, there’s no doubt that in most places the housing market appears to have bottomed out and is now gathering strength.

The places that were hit hardest-like the warm states where baby boomers go to retire -are snapping back, and some states with strong income and job growth, like the natural gas haven of North Dakota, are solid.

“I don’t think it’s a head-fake, because when you look across all your price measures and construction measures on the starts side, you’re seeing broad-based indication of improvement,” says Beata Caranci, deputy chief economist at TD Bank Group.

But even those who say the recovery is on are subdued. “We have to be a little bit cautious,” said Caranci. “It’s the beginning of a recovery.”

Some of the biggest jumps-such as the 10 percent price gains in foreclosure-filled cities like Phoenix and Miami-were largely due to banks holding back inventory. That’s because of lingering legal problems from the so-called robo-signing foreclosure scandal as well as a reluctance to flood the market, according to CoreLogic’s Khater.

“Don’t let the volatility in prices fool you,” he said. “Yes, prices are increasing in some markets, but in the longer term it has to come back to incomes, and unless incomes are increasing, price increases are not sustainable.”

At this point in a typical cycle, executives at the homebuilding companies are usually the loudest members of the housing recovery pep squad. Yet the mood has been subdued in the most recent round of earnings conference calls with homebuilder executives.