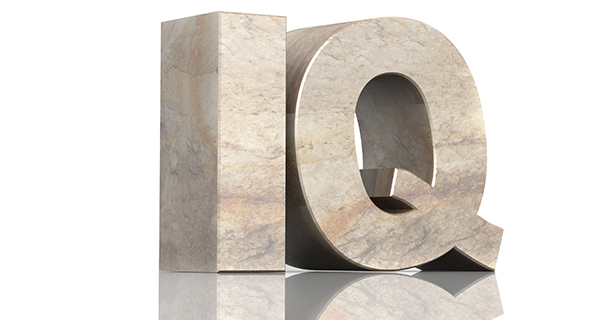 We are the first of our species to live in a world dominated by hypotheticals and nonverbal symbols.

Advanced nations like the U.S. have experienced massive IQ gains over time. From the early 1900s to today, Americans have gained three IQ points per decade on both the Stanford-Binet Intelligence Scales and the Wechsler Intelligence Scales. These tests have been around since the early 20th century in some form, though they have been updated over time. Another test, Raven’s Progressive Matrices, was invented in 1938, but there are scores for people whose birth dates go back to 1872. It shows gains of five points per decade.

In 1910, scored against today’s norms, our ancestors would have had an average IQ of 70 (or 50 if we tested with Raven’s). By comparison, our mean IQ today is 130 to 150, depending on the test. Are we geniuses or were they just dense?

These alternatives sparked a wave of skepticism about IQ. Our ancestors weren’t dumb compared with us, of course. They had the same practical intelligence and ability to deal with the everyday world that we do. Where we differ from them is more fundamental: Rising IQ scores show how the modern world, particularly education, has changed the human mind itself and set us apart from our ancestors. They lived in a much simpler world, and most had no formal schooling beyond the sixth grade.

The Raven’s test uses images to convey logical relationships. The Wechsler has 10 subtests, some of which measure traits that intelligent people are likely to pick up over time, such as a large vocabulary and the ability to classify objects.

Modern people do so well on these tests because we are new and peculiar. We are the first of our species to live in a world dominated by categories, hypotheticals, nonverbal symbols and visual images that paint alternative realities. We have evolved to deal with a world that would have been alien to previous generations.

A century ago, people mostly used their minds to manipulate the concrete world for advantage. Our minds now tend toward logical analysis of abstract symbols. Today we tend to classify things rather than to be obsessed with their differences. We take the hypothetical seriously and easily discern symbolic relationships.

Consider the exam questions that schools posed to 14-year-olds in 1910 and 1990. The earlier exams were all about socially valuable information: What were the capitals of the 45 states? Later tests were all about relationships: Why is the capital of many states not the largest city? Rural-dominated state legislatures hated big cities and chose Albany over New York, Harrisburg over Philadelphia, and so forth.

Our lives are utterly different from those led by most Americans before 1910. The average American went to school for less than six years and then worked long hours in factories, shops or agriculture. The only artificial images they saw were drawings or photographs. Aside from basic arithmetic, nonverbal symbols were restricted to musical notation (for an elite) and playing cards. Their minds were focused on ownership, the useful, the beneficial and the harmful.

Widespread secondary education has created a mass clientele for books, plays and the arts. Since 1950, there have been large gains on vocabulary and information subtests, at least for adults. More words mean that more concepts are conveyed. More information means that more connections are perceived. Better analysis of hypothetical situations means more innovation. As the modern mind developed, people performed better not only as technicians and scientists, but also as administrators and executives.

A greater pool of those capable of understanding abstractions, more contact with people who enjoy playing with ideas, the enhancement of leisure-all of these developments have benefited society. And they have come about without upgrading the human brain genetically or physiologically. Our mental abilities have grown, simply enough, through a wider acquaintance with the world’s possibilities.