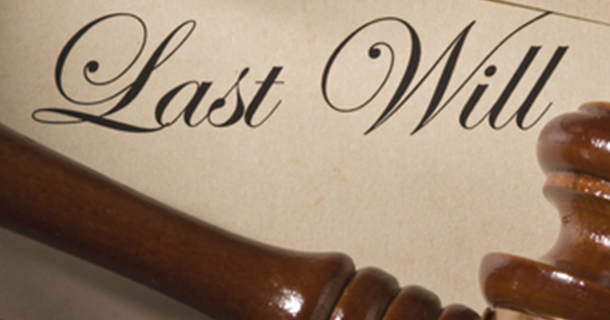 If you’re planning on dying soon, you might want to hurry up. It’s that other certainty of life you’ll want to watch out for. The estate tax, which taxes the inheritance you pass on to your children, is about to increase dramatically.

Presently, there is a 35 percent rate on inheritance above $5 million. However, as a part of the fiscal cliff, the estate tax is in for an automatic increase on Jan. 1. The $5 million threshold will drop to $1 million, and the rate will jump from 35 to 55 percent. If on Dec. 31 you happen to be on your deathbed with a $5 million inheritance set aside, surviving one more day will cost $2.3 million dollars in taxes. That’s quite the predicament if you’re on life support.

The argument in favor of a higher estate tax is easy to see. Advocates argue on moral grounds that it is an easy way to help level the playing field of equal opportunity between the rich and the poor. However, opponents argue against it on the grounds of economic efficiency and, surprise, even morality.

For example, consider two individuals, Bob and Joe, who each started businesses and sold them at retirement for $10 million. Bob spent his retirement gambling away his money, but Joe invested his, living modestly while his savings financed new businesses and economic development. Is it fair that Joe be penalized for his financial choice? Moral arguments alone make for a difficult method of justification.

So what of the economics of the death tax, as it is sometimes pejoratively nicknamed? Many economists, such as former University of Minnesota professor and Nobel Laureate Edward Prescott, favor a complete repeal of the estate tax. Like any good ol’ American tax, it is full of loopholes.

This results in a plethora of inefficiencies and distortions in decision making. Because the estate tax raises very little revenue, about 0.2 percent of gross domestic product, some economists express doubt that the revenue exceeds the opportunity cost of all those lawyers, accountants, government administrators, IRS agents and the drag on economic growth.

The estate tax is another form of capital taxation, widely believed to be a harmful way to raise revenue. This brings to mind another hot topic in the public eye: capital gains, the tax on investment income. For the ultra-rich who make most of their income on investments, this can make for a lower tax rate than many Americans deem fair. Currently at 15 percent, President Barack Obama favors raising capital gains to 20 percent. One caveat is in order; he will have already raised it for high earners by 3.8 percent through the Affordable Care Act.

In reality, the capital gains rate can be much higher than 23.8 percent, as it will become on Jan. 1. Suppose you make an investment of $1,000 and it grows by 10 percent, however, in that same time there is 10 percent inflation. Thus, the real value of your investment is unchanged. Despite having no increase in wealth, you still pay taxes on the nominal gain of $100. That’s a tax rate of infinity! Because capital gains also tax inflation, the real rate is almost never as low as it looks on paper.

Suppose you make your investment in the stock market. The fruits of your investment -the retained earnings of the company-are already getting taxed through corporate income taxes; your investment is taxed twice. Since you have already paid taxes on the wage income that gave you money to invest, your income is subject to taxation three separate times.

Warren Buffett wrote an op-ed in the New York Times titled “A Minimum Tax for the Wealthy” in which he scoffed at the notion that a higher capital gains rate would discourage the wealthy from pursuing investments. “In the years from 1956 to 1969, the tax rate on capital gains inched up to 27.5 percent. I was managing funds for investors then. Never did anyone mention taxes as a reason to forgo an investment opportunity that I offered.”

In addition, and without any constructive solutions, he criticized tax maneuvering by the wealthy to the Cayman Islands as “sickening.” What Buffett ignores is that a higher capital gains tax is a major contributing factor to the use of foreign tax havens and offshore accounts.

In fact, there is a wealth of economic literature suggesting the optimal capital gains tax rate is at or very near zero. This literature has found ample evidence that capital taxation is overly burdensome on the growth of the economy. While economic inequality is a large concern for many Americans, policies that seek to address the issue still affect everyone. The more the economic pie is redistributed, the more the pie shrinks. When the economy fails to grow, those who suffer most are the poor.

It should be mutually agreed that economic growth is fair and beneficial to everyone. As John F. Kennedy famously quipped, “A rising tide lifts all boats.” While it is a noble position to advocate the rich paying more through estate and capital gains taxation, the drain on the growth of the economy is a cost paid by all.

The morals of society and what it collectively decides is fair are virtues which cannot and should not be divorced from policy making. Neither can we let objective economic arguments, which are intimately linked with fairness, be separated from the rationale behind the policies we endorse.