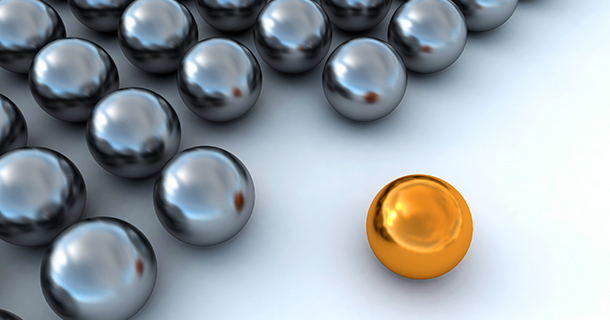 Why not print it on smaller paper? Newspaper companies, en masse, assumed that “customers would not want it;” “quality newspapers are broadsheet.”

When finally, in 2004, the U.K.’s Independent switched to the denounced tabloid size, it saw its circulation surge. Other newspapers in the UK and other countries followed suit, boosting their circulation, too. Customers did want it; the newspaper companies had been wrong in their assumptions.

When I looked into where the practice had come from-to print newspapers on impractically large sheets of paper-it appeared its roots lay in England. In 1712, the English government started taxing newspapers based on the number of pages that they printed. In response, companies made their newspapers big, so that they could print them on fewer pages. Although this tax was abolished in 1855, companies everywhere continued to print on the impractical large sheets of paper. They had grown so accustomed to the size of their product that they thought it could not be done any other way. But they were wrong. In fact, the practice had been holding their business back for many years.

Everybody does it
Most companies follow “best practices.” Often, these are practices that most firms in their line of business have been following for many years, leading people in the industry to assume that it is simply the best way of doing things. Or, as one senior executive declared when I queried one of his company’s practices: “everybody in our business does it this way, and everybody has always been doing it this way. If it wasn’t the best way of doing things, I am sure it would have disappeared by now.”

But, no matter how intuitively appealing this may sound, the assumption is wrong. Of course, well-intended managers think they are implementing best practices but, in fact, unknowingly, sometimes the practice does more harm than good.

One reason why a practice’s inefficiency may be difficult to spot is because when it came into existence, it was beneficial-like broadsheet newspapers once made sense. But when circumstances have changed and it has become inefficient, nobody remembers, and because everybody is now doing it, it is difficult to spot that doing it differently would in fact be better.

The short-term trap
Some “best practices” may, in fact, start out as bad practices, but practices whose harmful effects only materialize years after their implementation. Yet with short-term consequences that are quite positive, firms go ahead and implement them-and never connect the problems of today with the practice launched years ago.

For example, in a project with Mihaela Stan from University College London, we examined the success rate of fertility clinics in the U.K. A number of years ago, various clinics began to test, select, and only admit patients for their IVF treatment who were “easy cases;” young patients with a relatively uncomplicated medical background. Indeed, treating only easy patients boosted the clinics’ success rates-in terms of the number of pregnancies resulting from treatment-which is why more and more firms started doing it. It improved their rankings over the short term. However, our research on the long-term consequences of this practice clearly showed that selecting only easy patients made them all but unable to learn and improve their treatment and success rate further. Clinics that continued to take on a fair proportion of difficult cases learnt so much from them that after a number of years their success rates became much higher-in spite of treating a lot of difficult patients-than the clinics following the selection practice. Unknown to the clinics’ management, the seemingly clever practice put them on the back foot in the long run.

Clearly, the long-term negative consequences of a seemingly “best practice” can greatly outweigh its short-term benefits. But when managers don’t see that practice as the root cause of their eroding competitive position, the practice persists-and may even spread further to other organizations in the same line of business.

Self-perpetuating myths
When seeming best practices become selffulfilling prophecies, they’re even more difficult to expose. Take the film industry. Film distributors have preconceived ideas about which films will be successful. For example, it is generally expected that films with a larger number of stars in them, actors with ample prior successes, and an experienced production team, will do better at the box office.

Sure enough, usually those films have higher attendance numbers. However, because of their belief that those films will succeed, film distributors assign a much bigger proportion of their marketing budget, and other resources to those films. Once they factored this spending bias into their statistical models, it became evident that those films, by themselves, did not do better at all. The distributors’ beliefs were a complete myth, which they subsequently made come true through their own actions. The film distributors would have been better off had they reassigned their limited resources.

Most experienced executives have strong beliefs about what works, and what doesn’t, and logically they assign more resources and put more effort into the things they are confident about, eager not to waste it on activities with less of a chance of success. As a result, they make their own beliefs come true.

Hence, with all the best intentions, executives often implement what is considered a “best practice” in their industry. What they do not know is that some of these practices are bad habits masquerading as efficiency boosters, their real consequences lying hidden. Questioning and uncovering such practices may significantly boost your competitive advantage, to the benefit of your firm and, eventually, us all.