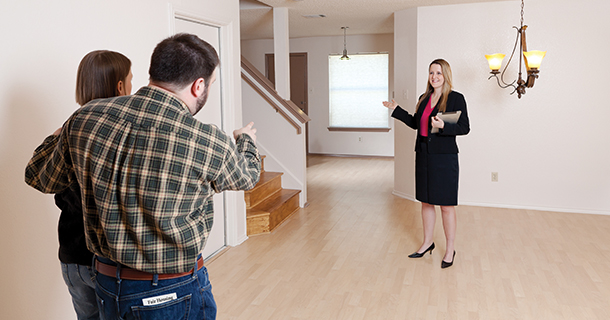 In October, an elderly Ohio landlord was ordered to pay $22,000 in damages for alleged housing discrimination practices at a rental she owns. Hale then received a bill for $46,225 in attorney fees that his client will have to pay the Ohio Attorney General’s Office. And the agency that brought the action against the landlord, the Fair Housing Resource Center (FHRC) in Painesville, was awarded $34,405 for their legal fees.

That’s more than $100,000 in damages and fees that started with a $100 security deposit that the landlord, Helen Grybosky, requested from a potential renter with a “therapy dog.”

The problem is, there was no bona fide renter or therapy dog. The inquiry was made by a tester hired with a federal grant provided to the FHRC by the Department of Housing and Urban Development (HUD).

A second complaint was filed when Helen Grybosky refused to rent an upstairs apartment to a family with children. Grybosky did offer the downstairs apartment (she did not want the noise of children annoying those in the lower apartment). Again, testers were being used.

Even though the testers were not actual applicants for housing, nor requested an accommodation to the policies, the State of Ohio demanded Helen Grybosky pay $6,500 to FHRC, or else.

“Despite the fact that no bona fide applicant sustained any injury or was denied housing, and despite the fact that the actual out-of-pocket expenses by FHRC in conducting the testing was less than $2,000, the state, through the Ohio Attorney General’s Office and the Ohio Civil Rights Commission, demanded that my client pay $6,500 to FHRC or face prosecution. That is extortion,” Hale said.

Both complaints stem from tests conducted in 2008; the FHRC filed its notice of appearance and intervention against the woman and her son, Gary, in September 2009.

Helen’s son, Gary, became party to the action by virtue of his name being on the tax bill, and survivorship rights on the deed. The Sheffield Township resident said his life has become a nightmare because of the FHRC’s action against him and his mother. And, after seeing the tactics used by the state and its housing agencies, Gary sold off his rental properties, saying the small income is not worth the risk.

“They are driving me nuts,” Gary Grybosky said. “I should not even be in the action, and the state is going after me for even more money than what they want from my mother. It is unbelievable what government is doing.”

Patricia Kidd, executive director of the FHRC, said the dollar damages are justified because Helen Grybosky’s actions “frustrated the mission” of the agency. She said that all of the money the agency spends on educating the public and landlords about Fair Housing law are “frustrated” by a “bad actor” like Grybosky.

Further, she said the damages are justified because they help pay for the expense of meeting the “systemic analysis” requirements that the Department of Housing and Urban Development place on the agency-that is, hiring testers.

According to a press release issued by the FHRC, the agency “conducted a study to determine whether individuals with disabilities and/or families with children under 18 were experiencing difficulties when trying to rent a home/apartment.”

In October 2012, Johnson issued her recommendations on the administrative hearing. The judge recommended that the family pay $12,000 to the FHRC in actual damages, and $10,000 in punitive damages. The judge also awarded attorney fees to the FHRC and Ohio Attorney General.

Hale said the FHRC could have simply gone to the landlord after the issue was revealed by the tester, provide some education and close the case. Rather, they sought damages, even though no person was actually harmed by the woman’s actions.

Hale said Ohio’s law is at odds with federal law when it comes to how these cases can proceed. Under federal law, a person must sustain an injury before they can file a charge, but Ohio law allows any person to file. In addition, under federal law, the fact finder has discretion to award attorney fees to the prevailing party, whereas under Ohio law, attorney fees are mandatory if the fact finder determines that the accused committed any discrimination.

Hale points out that, in this case, the FHRC received federal funds to conduct the testing. Since the only alleged discrimination was made to testers, there was no basis to find an injury to FHRC.

“Under the law, damages are paid for injuries which result from conduct by the accused,” Hale said. “In this case, FHRC was seeking payment for the testing, which was done prior to the conduct. There was no injury following the alleged statements. No one is homeless, there was no therapy dog and the other tester was offered a two-bedroom unit on the main floor.”

Kidd defended the agency’s use of testers to uncover violations.

Further, on the first claim, Hale said the law concerning reasonable accommodations for therapy animals is still being clarified and should not be the basis for Ohio to “engage in extortion.”

“This is not as simple as racial, gender or religious discrimination, or even a dog for the blind, of which the general public is aware and knows the limits,” Hale said. “And even though FHRC conducts testing on ‘therapy animals,’ it did not have a single brochure or pamphlet explaining the law for landlords. At best the law is ambiguous, but as written in Ohio, it is clearly unconstitutional.”

Because Helen and Gary Grybosky refused, on principle, to pay the demanded amount, and in light of the Ohio statute, Hale challenged the state’s practice and constitutionality of the statute. He filed a civil suit in October 2009. Meanwhile, the Ohio Attorney General refused to agree to stay the administrative hearings until the common pleas court case made its way to the courtroom.

Meanwhile, life is on hold for Gary Grybosky, 58, and his mother.

“This is unbelievable, it has really finished me off,” says Gary Grybosky, who worries about losing everything he has worked for his whole life. “I don’t look forward to anything any more. I don’t even paint my house because I don’t want to keep it up if they are just going to end up taking it from me.”

He has heard that other landlords in Lake and Ashtabula counties quietly paid their fines without protesting, but Grybosky said FHRC has clearly used the HUD grant that paid for the testers to create a “cash cow” for the agency, state and attorneys.

“And nobody else is fighting this,” Gary Grybosky said.

Two months ago, Helen Grybosky fell and broke her hip. She spent several weeks recovering in a nursing home. The mental stress of the litigation weighs upon her life and recovery.

“This is hanging over her,” Gary Grybosky said.

“It’s a shame. Everything is crooked, corrupted,” Helen Grybosky said.

The rental property has been for sale for six years; it’s been three years since she rented it. Helen Grybosky said she is afraid to advertise it, for fear of drawing another round of testers to her door or telephone. Meanwhile, the bills for utilities, taxes, insurance and lawn maintenance have to be paid.

And then there is Hale’s bill.

“My client has to push on at this point, and unfortunately she is incurring substantial legal fees in her defense,” Hale said. “I think the other side is hoping my client will not be able to afford counsel and eventually give up, but I don’t intend to let that happen. It is a matter of principle at this point, for both of us.”