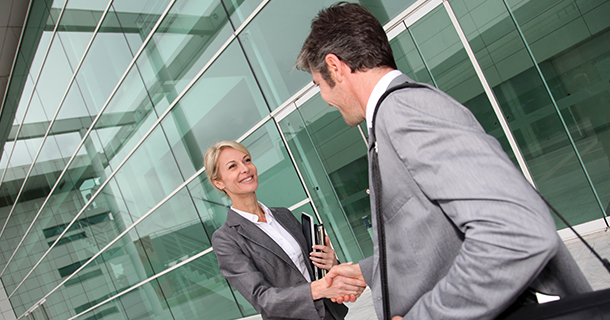 So when Pink, bestselling author of Drive and A Whole New Mind, ran across statistics showing that one in nine Americans worked in sales in 2000 and that the same proportion of people worked in the profession last year, it piqued his curiosity.

“You would have thought that the Internet would have disintermediated sales,” said Pink. “Doesn’t the widespread availability of broadband Internet and the introduction of gadgets like tablets and smartphones remove the need to have salespeople? Why would consumers need someone to pitch or answer questions about a product or service when they can research and even buy it via a few clicks on a website?

“Go back just 20 years, and if you went to a Chevy dealer, that dealer would know more than you ever would about, say, a Chevy Malibu,” Pink, author of a new book titled, To Sell Is Human: The Surprising Truth About Moving Others “Today, you could arguably know more about cars, or even Chevys, than the dealer. You could be in a Chevy Malibu club that has a website with critiques and more information than the dealer would ever care to know.”

But sales people continue to exist-and persist, despite the fact that they often get a bad rap from consumers. “There is a stigma to being called a salesperson,” said Pink. “People in sales are viewed as bothersome.”

Pink recalled looking at a word cloud compiled from a survey of adjectives that respondents associated with the term “sales.” Among the top 25 was “pushy,” followed by such interjections as “yuck” and “ugh.” In fact, 20 of the 25 words were negative, and even the positive words, like “challenging” and “necessary,” were much milder than the criticisms.

Pink commissioned another survey to find out why people might have these negative associations with sales. That survey included 7,000 adult full-time workers. If one in nine American workers are in sales, “I wanted to know what the other 89 people out of 100 thought they were doing,” he noted. “They were not in sales to make cash registers ring, but I could see they might be in sales of a sort, too.”

He asked participants a particularly pointed question: “What percentage of your work involves convincing or persuading people to give up something they value for something you can offer?” The offering might be money or goods, but it could also be intangibles such as attention or time.

Pink found that the mean for all workers-no matter what their jobs-was that 41 percent of their time was spent in a “saleslike” mode. “That is a lot of time. That is 24 minutes of every hour,” Pink noted. “That is the punchline: Like it or not, we are all in sales now. We spend a huge part of our jobs persuading and selling.”

Now Pink felt he was on to something. The goal of his book is to change people’s impression of sales from negative to positive in order to help them become more effective in their work-and personal-lives. “Sales are just different now. With all the information that we have, it is no longer ‘buyer beware,’ but ‘seller beware,'” said Pink. “But what do we do about it? How do you get better at it?”

Sales the old-fashioned way
As an example of the old-time view of sales, Pink pointed to David Mamet’s film adaptation of his Broadway play, Glengarry Glen Ross, in which Alec Baldwin plays a character who consults with a real estate firm that is on the verge of failure. “He does old-fashioned sales training,” Pink said. “His ‘ABC’ is ‘Always Be Closing.’ It is a relentless approach to sales-bulldoze them, steamroller them.”

Pink, however, came up with a more modern “ABC” for sales-attunement, buoyancy and clarity.

Attunement, he noted, is the idea that sales requires a better understanding of people. It’s a mastery of perspective, he added, especially the ability to be able to glean the other person’s perspective on the sale.

The third term-clarity-reflects the importance of making sure you have all of the right information before going into a sale. “If you are in sales and your subject knows what his problem is, he can probably find the solution on his own,” Pink said. The key for the salesperson, he added, is to anticipate the subject’s problem and offer a solution. “It is problem identification, figuring out, when they are wrong about their problems or don’t know that they have a problem. That makes a good salesperson-and that can work in any modern job.”

After establishing the “ABCs” of becoming a good salesperson, Pink set out to learn what personality type is best at selling. The common belief is that extroverts excel as salespeople, while introverts struggle.

“To a certain extent, that was true-extroverts were better than introverts,” he said. But more important was the finding that the group that was best at selling were the people in the middle-those who had the best traits of both extroversion and introversion.

People in the middle, Pink noted, know when to push and when to pull back, when to talk and when to shut up. After laying out his findings on a seven-point scale, the plot points for success in sales created an almost-perfect turtle hump. The people who fell in the three-or-four range on the chart did better, whether it was at actually making a sale, persuading a colleague to do something or convincing someone to go out on a date. Extroverts, Pink added, often do not take the time to understand what the person getting the sales pitch wants, since they are often too busy talking about themselves. The introverts are not persuasive enough, or maybe a little too empathetic. “Once again, it is not the general past wisdom that was right about sales, which is another reason why it may have a stigma.”

Pitches with panache
Next up for Pink was figuring out which style of persuasion-the “pitch,” whether it be in actual sales or daily life-was most effective. Again, he found surprises.

For instance, he noted, when someone says “search,” the obvious connection is Google, even though Bing and Yahoo also offer search engines. “Priceless” connotes MasterCard and “freedom”-no matter where someone is in the world and no matter how many countries have freedom-means the United States, he added.

Another counterintuitive, but effective, style of pitch is the question, said Pink. Ordinarily, it would seem that, assuming you have the facts correct, just making a statement would be the best way of communicating. A question, though, makes subjects think, and often convince themselves, that the pitch-maker is right. Take, for example, the 1980 campaign pitch from President Ronald Reagan-“Are you better off than you were four years ago?” People considered that, Pink added, and realized that they were not.

“When you have the facts on your side, questions are active and statements are passive,” said Pink. “People are coming up with their own autonomous reasons to agree with you and believe it more strongly.” Interestingly, noted Pink, Mitt Romney’s campaign tried the same question for about a week last October, and it did not work because while people did not think they were doing particularly well, they felt they were even worse off in 2008, before President Obama took office.

“In addition, these days, every email is a pitch, and it is key to get the subject line right,” said Pink. People seem to read emails on the basis of whether they were either curious or uncertain about what the message might contain. Anything else and they might not even open the email, let alone read. He noted that the most effective fundraising emails from the Obama campaign had the subject line “Hey.” That single word elicited curiosity from a reader-why would the President say “hey?”

According to Pink, doing research for his book has made a difference in his life, especially when it comes to asking questions. “Instead of just getting pumped up and saying, ‘You can do this,’ I remember that questions are active and statements are passive,” he said. “I have to remember to ask this kind of question, or that this person is a pain in the neck so I have to appease him.

“What am I doing there? Preparing and rehearsing,” Pink noted. “Sales is something everyone does now, and shaking up the conventional wisdom may be the most successful way to do it.”

Author: A consortium of writers from Wharton School of Business at the University of Pennsylvania