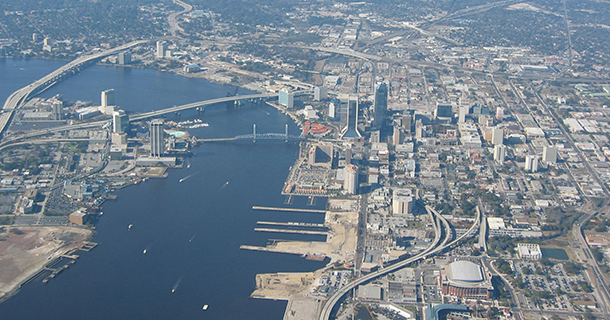 Those are just some of the Jacksonville-area apartments that have changed hands in the past two months for big dollars: $23 million, $35.5 million, $56 million.

In 2011, $375 million worth of large apartment complexes (50 units and above) was sold in Jacksonville, according to Brian Moulder, senior vice president at commercial real estate firm CBRE.

“They just meet higher return thresholds than sitting in the bank or the stock market,” he said.

And Jacksonville is one of the hotter cities in the Southeast right now, he said. Atlanta and Charlotte, N.C., are up there, too, he said. South Florida and Raleigh, N.C., were hot last year, but they’ve cooled off.

Jacksonville is seen as undervalued compared to other coastal cities where multifamily has seen greater price increases in recent years, according to Michael O’Hanlon, CEO and president of Behringer Harvard Opportunity Funds.

The Behringer Harvard group, a Texas investment firm with more than $11 billion in assets, made its first purchase in Jacksonville in February, paying $35.5 million for Wimberly at Deerwood on Touchton Road.

Having large players like Behringer Harvard investing in Jacksonville is significant, said Alex Coley, principal for NAI Hallmark Partners, which is building 220 Riverside with 294 apartment units and has been involved in other projects around town.

“It means it’s really good news for Jacksonville,” Coley said. “It means that the big institutional property owners around the country are really interested in us. It means that a considerable number of really high quality investors are looking at Jacksonville and saying, yes.

“And they move in packs.”

Part of that company’s strategy is to put money into an apartment complex, adding fitness classes, nutritional counseling and other amenities directed at young residents.

And those kinds of investments pay off, Moulder said.

“Look at the Links at Windsor Park,” he said. “The owner put several million into it, and it looks amazing. What they’ve done is turn a 1994 product into a 2012 product. So you’ll have tenants who want to live there and can pay more rent.”

Generally, he said, when a complex gets above 90 percent occupancy, its owners can think about raising rent.

According to RealData, a real estate data firm, Jacksonville’s apartment vacancy rate in December was 9.7 percent, the lowest it’s been since 2006. And that’s with more than 4,000 units being added in the past year.

Part of what makes multifamily housing such an attractive investment is that so many more people are renting these days. Any many of them have the money to buy, but chose not to.

“It used to be that people thought a home was the safest investment you can have,” Coley said.

“When I was growing up, owning a home was considered a sure path to success. Now you have a generation who questions that, who has seen home prices decline.

Last month, Forbes magazine presented its top 10 cities for jobs in business services, meaning technical, accounting, engineering, scientific research, legal and marketing. At No. 2 was Jacksonville, which saw a 50 percent increase in those fields over the past 11 years and an average salary of $73,000.

“They believe in the growth fundamentals of the community,” Coley said, “That we’ll attract another 180,000 tech jobs over the next decade and that they’ll want nice places to live.”