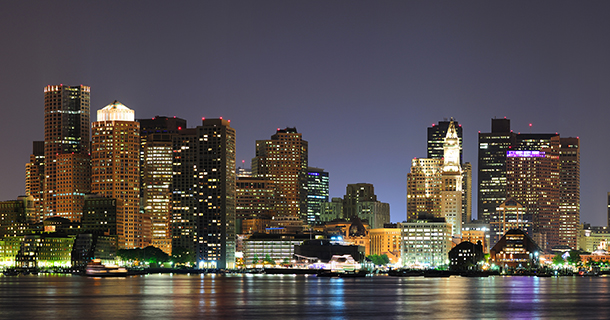 The Greater Boston Real Estate Board has come out strongly against the proposed ordinance questioning its energy scoring effectiveness and highlighting the financial burden on property owners that could be passed on to tenants. Buildings with over 25 units are specifically identified in the ordinance. A hearing is scheduled for the end of March.

Boston Mayor Thomas Menino’s plan
In February Mayor Thomas M. Menino filed a Building Energy Reporting and Disclosure Ordinance. As a component of the City’s climate action plan to meet the Mayor’s greenhouse gas reduction goals, this ordinance would require large and medium sized-buildings to report their annual energy and water use to the City of Boston. The proposed ordinance is intended to encourage building owners to participate in local utility energy efficiency programs and educate tenants on building performance.

“In order for Boston to continue to be a sustainability leader, our buildings must aggressively invest in energy efficiency,” Mayor Menino said. “Bostonians demand buildings with high performance and this ordinance will encourage building owners to meet that demand.”

Major cities across the country have already adopted similar ordinances including New York City, Washington, D.C., San Francisco, Seattle and Minneapolis. Lessons learned from these cities have informed the ordinance requiring all large- and medium-sized buildings to report annual energy use, water use, and greenhouse gas emissions tracked through Energy Star Portfolio Manager to the City of Boston Environment Department. The City would then make energy and water use per-square-foot, Energy Star ratings, greenhouse gas emissions, and other identifying and contextual information for individual buildings available online.

“The Building Energy Reporting and Disclosure Ordinance follows the principal of what gets measured gets managed,” says Brian Swett, Chief of Environment and Energy. “Through measurement and transparency the Ordinance will encourage cost effective building investments in energy and water efficiency that will improve building performance, save money, and reduce greenhouse gas emissions.”

Since fall of 2012, the City has been conducting extensive outreach to a wide variety of building owners, industry organizations, and other stakeholders to craft the ordinance. In particular, Environment and Energy Services is working with local utilities to help develop a process that simplifies whole building data collection and reporting.

Leading by example, Boston would annually disclose its energy and water use in all of its facilities starting with 2012 building data. In following years, the ordinance would apply to non-residential buildings greater than 25,000 sq. ft. and residential buildings, 25 units or more. The proposed roll out schedule for reporting requirements is as follows:

In addition to reporting energy and water use, buildings may be required to conduct energy audits or other evaluations every five years to identify opportunities for energy efficiency investments. Buildings in the top tier of energy performance or already taking significant efficiency actions will be exempted from this requirement.

Reducing greenhouse gas emissions through investments in energy efficiency is the largest component of the Mayor’s Climate Action Plan. Mayor Menino has established Boston as a national leader in reducing greenhouse gas emissions and promoting a clean energy economy through initiatives such as Renew Boston and the first in the nation green building standards for private developments. To further inspire action, Mayor Menino has launched Greenovate Boston, a new sustainability movement to ensure a greener, healthier and more prosperous future for the City.

Labeling plan isn’t worth the energy
Mayor Menino wants building owners in Boston to collect data on their energy use and lay it at his feet. The mayor, who has pledged to make Boston the greenest city in America, is playing catch-up with San Francisco, New York, and other cities that require building owners to report water use, energy use, and greenhouse gas emissions. But Menino is also playing around with property values and the privacy of tenants.

The proposed ordinance would cover existing commercial buildings larger than 25,000 square feet and residential buildings with 25 or more units. Owners would be required to use a federal EPA software tool-Energy Star Portfolio Manager-to track their buildings’ overall energy use and that of their tenants. The information would then be converted into an energy performance rating-measured against a national benchmark-on a scale of 1 to 100. City Hall would post the ratings online. And owners and tenants who fail to report would face fines.

It gets more intrusive. The plan requires nearly all but the top quarter of performers on the Energy Star efficiency scorecard to conduct audits every five years as a way to identify potential upgrades. The audits, alone, could cost upwards of $25,000 for a 50,000-sq.-ft. commercial property, according to a California Energy Commission publication.

Menino’s political operatives will push city councilors to jump on the mayor’s green bandwagon in the days leading up to the hearing. They should resist.

Energy labeling and disclosure laws have been around Europe for a while. A report by the Boston office of the Analysis Group, an international consulting firm, pointed to a study from Holland showing that labeling has no effect on energy use. Surveys of other European programs yielded similar conclusions. And there is little performance data from American cities on the ability of energy labeling programs to promote greater energy efficiency and lower costs.

“There is currently no real evidence that these mandatory programs lead to any changes whatsoever in energy use,” reads the report.

Harvard environmental economist Robert Stavins, who co-authored the report, warns that the results of energy disclosure ordinances often reflect the intensity of energy use by individual tenants, not the physical integrity of the building itself. “The rankings are prone to a tremendous amount of error,” said Stavins.

Some may dismiss the report based on its sponsor-the Greater Boston Real Estate Board.

That would be a mistake. The real estate group generally takes a measured approach to regulatory efforts that affect its members. In the recent past, the group worked with city officials on legislation that holds the owners of problem properties accountable for their tenants and blessed a bill requiring banks to maintain regular maintenance on foreclosed properties.

Gregory Vasil, real estate board president, said the city’s environmental department snubbed his efforts to weigh in on the energy disclosure legislation during the draft stage.

“It’s troubling,” said Vasil, a former environmental regulator. “Boston’s environmental department seems determined to dictate the solution.” The Retailers Association of Massachusetts is also up in arms over what it says could amount to $90,000 in annual fines for a commercial building owner who fails to comply with the energy disclosure requirements.

Brian Swett, the city’s environmental chief, said building ratings are similar to consumer-friendly fuel economy stickers on cars. The ordinance, said Swett, is consistent with Menino’s climate action goal of a 25 percent reduction in greenhouse gas emissions by 2020. And it’s good for business, he said, citing a federal EPA analysis of 35,000 buildings nationwide that showed an average 2.4 percent decrease in costs by tracking energy performance.

Still, the ordinance comes across as oppressive in Boston where the majority of large buildings are of older construction. Even some business leaders aligned with the energy labeling effort are urging the Menino administration to lower the energy performance requirements for older buildings and provide an affordable alternative to the expensive audits.

The city should go one better by exempting all residential buildings from the ordinance. Landlords shouldn’t be mucking around in their tenants’ toaster ovens. And multifamily residences aren’t a major source of greenhouse gas emissions in Boston in the first place.

Menino, meanwhile, keeps pledging to “greenovate” Boston. Aggravate Boston is more like it.