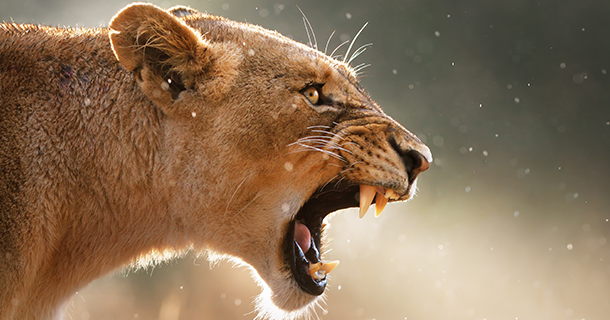 Is Christine Quinn’s temper being treated differently because she’s a woman? Probably. Does that excuse it? No.

Unless you follow New York politics, you probably don’t know anything about (or maybe haven’t even heard of) Christine Quinn, the speaker of the city council and front-runner to replace Mayor Michael Bloomberg when his term runs out at the end of this year. The story of the morning is a front-page piece in The New York Times, detailing how in private, Quinn is a holy terror, tearing people’s heads off when they displease her, threatening and sometimes retaliating against those who cross her, and leaving a trail of shocked and intimidated people in her wake.

So, does being a jerk make you less effective as a politician? And are female politicians like Quinn inevitably going to be judged more harshly than male politicians who act the same way? We’ll address those questions in a moment, but here’s an excerpt from the article:

As she pursues a high-profile bid for mayor, Quinn, a Democrat, has proudly promoted her boisterous personality, hoping that voters will embrace her blend of brashness and personal charm.

But in private, friends and colleagues say, another Quinn can emerge: controlling, temperamental and surprisingly volatile, with a habit of hair-trigger eruptions of unchecked, face-to-face wrath.

She has threatened, repeatedly, to slice off the private parts of those who cross her. She is sensitive to slights: When a Queens council woman neglected to credit Quinn in a news release, the speaker retaliated by cutting money for programs in her district.

Quinn’s staff, concerned that angry tirades could be overheard by outsiders, added soundproofing to her City Hall office. Wary of her temper, they are known to ask one another: “Did she throw up on you today?”

Quinn is by no means the first hot-headed politician in New York-Fiorello H. La Guardia and Rudolph W. Giuliani, both former mayors, were famed for their outbursts.

But those who have felt Quinn’s ire up close-in meetings, on telephone calls, even over lunches in restaurants-say they are often stunned by the intensity of her episodes.

“It’s just old-fashioned screaming, in a way that you just don’t hear that much,” one former city official said, describing a noisy encounter with the speaker.

First, let’s deal with the gender issue. Male politicians are seldom described as “controlling” and “temperamental,” because the kinds of things that would earn those judgments are often seen as just what powerful men do.

There have been male politicians in the past who got articles written about their tempers (John McCain, for instance), but chances are that Quinn will get more attention and more criticism for hers, because it violates the gender norms we still expect even among the select group of people who rise to the top of the political world.

For the same behavior, men are complimented for being “aggressive,” while women are attacked for being bitchy. Ambition is laudable in men and unseemly in women. Most women politicians react by cultivating a nurturing persona (“I’m a mom…”) meant to be unthreatening, when the truth is that you can’t be successful in politics, especially in New York, without being pretty tough.

But it’s possible to acknowledge all that and still criticize Quinn for what seems like some plainly abusive behavior. I’m assuming that this story is accurate, given the fact that it uses multiple sources all saying pretty much the same thing and Quinn herself doesn’t deny it (“Sometimes I yell, sometimes I raise my voice,” she added. “I am trying to do it less, because it’s not always attractive. It’s not always the right thing to do.”) She even basically admits to retaliating against another member of the city council by cutting funds for senior centers and youth programs in the member’s district, because she issued a press release about saving a local firehouse that didn’t credit Quinn.

Earlier I referred to people who act this way as “jerks,” and I have no qualms about making that kind of character judgment about Quinn. Maybe she’d make a great mayor; after all, you’d probably find more jerks than nice guys among the men who have occupied that position in the past. But if you treat people around you abusively, especially if they’re people who are lower in the hierarchy than you, then you’re just not a good person.

Now, interestingly enough, this article says nothing about how Quinn treats the people who work for her, and to me that’s the real character test. It talks about her screaming at city council colleagues, lobbyists, and political operatives, but not at her staff. Maybe that’s because she treats them well, or maybe it’s because none of them would talk; I don’t know.

There are lots and lots of politicians who, once the doors are closed, heap abuse on their staffs, safe in the knowledge that these people can’t stand up to them and are dependent on them for their careers.

For instance, Anthony Weiner, who also wanted to be mayor of New York, was notorious for creating an atmosphere of terror in his office, and there are many others, including some you’d think are just wonderful people when you see them on TV.

Let’s not forget that this is hardly unique to politics. I’ve worked for a couple of bosses who thought that the way to get results from employees was to scream at them. I never understood how you could succeed in business, or the nonprofit world, while being an ass, especially since it invariably produces sub-par performance.

If you’ve worked for one of these people, you know: Very quickly, your motivation changes from “I want to do a great job on this project” to “I just want to avoid getting yelled at.” That radically alters how you go about your work, and not for the better. Some of those bosses were probably jerks before, and some turned into jerks once they were in a position where they could push other people around. But they’re lucky enough that their behavior doesn’t wind up the topic of a story on the front page of The New York Times.