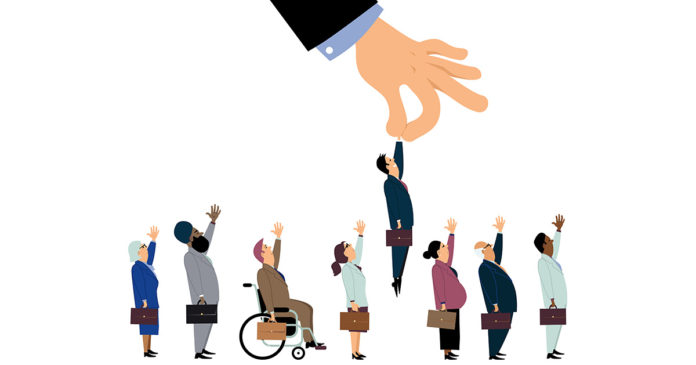 A major goal of President Obama’s second term is to use the brute force of government to reduce inequality.

This played out in the struggle over tax increases, but the Obama bureaucracies will do the most to implement this vision. Exhibit A is the Department of Housing and Urban Development’s new rule to impose race-based criteria on virtually all new U.S. housing.

HUD in February finalized a rule that interprets the 1968 Fair Housing Act to allow the use of “disparate impact” to determine if private housing projects violate the racial provisions of the 1968 law. Disparate impact is a kind of statistical analysis that doesn’t require a showing of discriminatory intent to prove illegal discrimination. The change sought by HUD would vastly inflate and formalize government’s ability to socially engineer American neighborhoods.

Clearly no lender, developer, landlord or other housing provider wants to be sued for racism. In the Obama Administration’s first term, the Department of Justice threatened Fair Housing Act lawsuits against several banks. The banks quickly consented to monetary settlements, though Justice did not accuse them of intentional discrimination.

HUD replies that it has “long interpreted” the Fair Housing Act to allow for disparate impact. But then why hasn’t the agency formalized this interpretation over four decades? The answer is that HUD is almost certainly overstepping the law’s authority and intent. The Fair Housing Act prohibits discrimination “because of race, color, religion, sex, handicap, familial status, or national origin.” That language implies an explicit intent to discriminate, rather than a result based on a statistical analysis that claims to find a racist pattern in the random decisions made by thousands of individual builders and homebuyers.

HUD argues that “eleven federal courts of appeals” agree with the agency’s interpretation, though the Supreme Court has never ruled on whether disparate impact is allowed under the Fair Housing Act. The Justices were preparing to hear such a challenge last year in Magner v. Gallagher, but HUD and the Justice Department convinced the city of Saint Paul, Minnesota, to withdraw the case. The ProPublica website recently quoted deputy assistant secretary Sara Pratt as explaining HUD’s St. Paul lobbying by saying that “we were afraid we might lose disparate impact in the Supreme Court because there wasn’t a regulation.”

But now a similar case, Mount Holly v. Mt. Holly Gardens Citizens in Action, has been appealed to the Supreme Court, which will decide whether to hear it this spring. HUD, not so coincidentally, has pushed out its final rule after all these years in what is no doubt a bid to sway the Justices to defer to the agency’s rule-making.

There’s much to dispute in this new rule, which makes it all but impossible to defend against disparate-impact claims. The accused must prove nothing they do “actually or predictably results in a disparate impact” or “creates, increases, reinforces, or perpetuates segregated housing patterns because of race, color, religion, sex, handicap, familial status, or national origin.” This is a field day of variables for a HUD statistician determined to discover racism.

HUD is so confident of its legal standing that the agency didn’t bother to do a cost-benefit analysis and says the rule “adds no additional costs to housing providers and others engaged in housing transactions.”

Seriously? Lenders, landlords, insurers and everyone else in the housing industry now has to weigh every decision through the eyes of HUD’s disparate-impact police. This won’t raise compliance and legal costs? It’s likely that the new HUD rule will reduce the supply of new affordable housing, as builders back away from projects vulnerable to federal litigators.

The nominal purpose of this kind of regulatory aggression in the second Obama term will be described as racial progress. The more likely result will be to disrupt the real progress the U.S. has made.