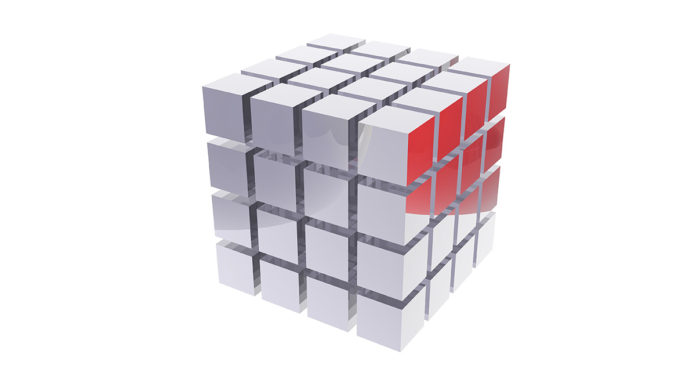 “I have come a long way from the life I had in the late 90s, when, flush with cash from an Internet start-up sale, I had a giant house crammed with stuff-electronics and cars an d appliances and gadgets,” he wrote. “Somehow this stuff ended up running my life, or a lot of it; the things I consumed ended up consuming me.”

Hill changed his life to fit inside a 420-sq.-ft. apartment and gave a popular TED talk in 2011, “Less Stuff, More Happiness,” where he previewed the concept of the LifeEdited apartment. The idea is to fit 700-sq.-ft. into 420-sq.-ft. with the creative use of space, featuring fold-up beds, hidden cabinets, remova ble walls and more. Hill’s Soho apartment can be transformed from a living room to bedroom, workspace, dining room and entertainment space.

The catch is that while it’s “small living,” it cost upwards of $500,000 -not a price tag that most can afford… in New York City, no less. Which is why readers criticized him for being out of touch with the average American, and therefore not in a position to advise on how to live frugally.

When asked whether his popular LifeEdited-style apartment will ever be affordable for the average person, he said yes, when built on a larger scale: “We truly believe that this is not only a middle, upperclass type thing. We can absolutely do this on a cheaper basis.”

Hill started downsizing his life because he realized he wasn’t happy with everything being “unnecessarily complicated.” In 2009 and 2010, he bought two apartments in an old building and held a design competition for the larger of the two, which is now the popularized LifeEdited apartment. The space cost about $300,000, plus an extra $250,000 to $300,000 in renovations.

Since it’s a prototype, he and the LifeEdited team intended to make it a high-end space and didn’t build it in the most efficient manner. There were some “messups” during construction and he was particular about the design because he wanted to get the first one done right.

“Our apartment was a one-off prototype and as such was much more expensive than it could have been-we went a bit over the top and there were numerous delays and changes that affected the price considerably,” David Friedlander, who handles communications for LifeEdited, said. “We are working on bringing this to a much larger scale, which would make it considerably less expensive.”

Hill explains that costs are bound to come down once similar small apartment spaces are made in volume. The LifeEdited team is in talks with partners interested in creating apartment buildings in urban settings that stress a minimalist lifestyle, with a lot of shared systems. They’re focusing on San Francisco and New York City, but they’re also in talks with Tony Hsieh’s Downtown Project in Las Vegas.

He envisions the apartments to have “product libraries” where residents can rent out items they don’t use that often and take up space, such as tents, coolers and ladders. There also may be bike or car sharing systems, and an area with spare beds that can be rented out online when a resident has guests come to stay.

“It’s about efficient living, trying to do more with less. The apartment doesn’t have to be tiny, but you have to get a lot out of it,” says Hill. In a place like New York City, such an apartment might cost $50,000 more, but could save a resident hundreds of thousands in the long-run.

“The really important thing, with these spaces is you need to look at them differently. The cost of a square foot is quite possibly going to be a little higher because you’re doing a lot with it. It gives the functionality of an apartment twice the size.”

Many people in the world’s largest cities already live in tiny apartments, and one way to save on costs for a space similar to Hill’s is to cut down on the number of alternatives needed, says Lloyd Alter, managing editor of Treehugger. For example, Hill’s apartment has a dining table that seats 12 and bunk beds to sleep two guests. “The fewer options you need, the less it costs,” he says.

And after an apartment has been converted to a small space, the resident is bound to save money. Energy bills will be lower and they won’t spend as much money on junk since there isn’t any extra room to put it.

Hill says defeating the consumerist culture is central to his mission: “We just live a much bigger lifestyle and what it’s brought with us is a lot of debt, higher environmental footprint and made our lives more complicated. If you’re smart in how you apply design and technology, you can build really compelling lifestyles.”