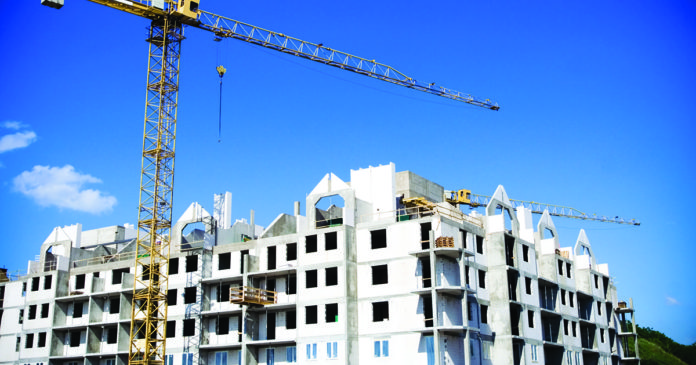 Still, some things haven’t changed: Renters (as opposed to buyers) are still driving the rebound of the residential construction industry.

Although this might suggest buyers are driving homebuilding again, renters are still playing an unusually large role in the home construction industry-a trend that’s lasted since 2007 when the housing market collapsed. Construction of multifamily homes, typically destined for the rental market, make up about 33 percent of all residential construction today. That’s markedly higher than the average of nearly 20 percent over the past two decades.

A few reasons have brought about the rise of the rental class: Following the financial crisis, record foreclosures displaced millions of families from single-family homes to apartments. While recovery of the housing market looks to be gaining traction, high unemployment and tighter lending standards are still keeping many from owning a home. Homeownership is still slipping, while vacancies for residential rentals have risen.

To be sure, the rental class won’t likely rise forever as conditions grow ripe for a revival of single-family homes, experts say. Even though home prices are rising, it’s still cheaper to buy than rent in many cities as mortgage rates stay ultra low. Nationwide, buying a home between December and February was 44 percent cheaper than renting, down slightly from 46 percent in 2012, according to Trulia’s Rent vs. Buy report.

Demand for rentals is also expected to soften over time as recovery of the overall housing market, which is closely tied to the wealth of most Americans, is expected to lead to a broader recovery of the economy, says Ruijue Peng, chief research officer at CoStar, a firm that tracks commercial real estate.

But for the next three to five years, though, builders will likely pander more to renters rather than buyers, Peng says.