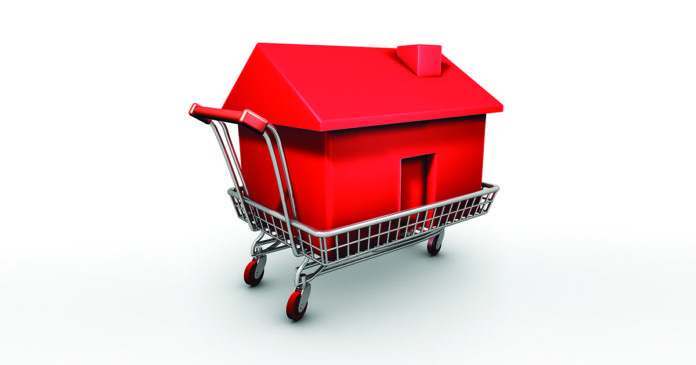 Berkadia Commercial Mortgage LLC CEO Hugh Frater said that “if the role of the agencies and the way that they are capitalized changes significantly, which it could, the cost of multifamily financing is likely to go up.”

“Our intention is to diversify,” Frater, said. “Diversify by property type, do a bit more in the other food groups, and then also diversify our lender mix.”

Berkadia, the third-largest U.S. commercial and multifamily mortgage servicer, is preparing for changes at government-backed Fannie Mae and Freddie Mac that may push up funding costs for apartment loans. It’s also seeking to profit from a rebound in offices, retail and other types of commercial properties in regions such as Texas and California, and is adding mortgage bankers and sales advisers in states including Florida and Georgia.

Sales of commercial properties totaled $73 billion in Q1, a 35 percent increase from a year earlier, according to Real Capital. Frater also sees increased opportunities to refinance debt originated during the boom years prior to 2008. More than $400 billion of loans contained in commercial mortgage-backed securities will mature between 2015 and 2017, according to data compiled by Bloomberg.

Berkshire, based in Omaha, Nebraska, created Berkadia with Leucadia in 2009 from the mortgage-lending business they bought from bankrupt Capmark Financial Group Inc. It’s the third-largest U.S. commercial and multifamily mortgage servicer, according to the Mortgage Bankers Association, with about 27,700 loans worth $196 billion as of March 31.

About three-quarters of Berkadia’s business is in multifamily properties, Frater said. That investment is benefitting from a surge in demand for rentals after record home foreclosures, stricter mortgage standards and an increasing number of young adults forming households. Work on multifamily properties jumped 31 percent in March to an annual rate of 417,000, the most since January 2006, the Commerce Department said.

Even with Fannie Mae and Freddie Mac’s success in financing apartments, the government is seeking to curb their role as part of an overhaul of housing finance. The companies were seized and put into conservatorship five years ago amid soaring losses.

“For as long as I’ve been following the sector, there’s never been more momentum and buzz around introducing and moving forward legislation on housing financing reform,” Frater said.

“If the role of the agencies and the way that they are capitalized changes significantly, which it could, the cost of multifamily financing is likely to go up. At a minimum in those markets where you’re still seeing strong rental growth it will slow down some of that increase in value.”

Edward J. DeMarco, acting director of the Federal Housing Finance Agency, which oversees Fannie Mae and Freddie Mac, said in March that the government-owned enterprises will aim to reduce their multifamily business by 10 percent this year.

“Our market share will continue to go down,” Boerger said. “We want competition in the market. We don’t want to be the only funder in town.”

Other providers of capital have become “very aggressive” in the multifamily market including life insurance companies, Wall Street firms parceling loans into CMBS, and banks, Frater said. Berkadia has expanded its business with those lenders, he said.

The company is seeking to diversify its reach within the apartment market with deals in housing for seniors and healthcare.

Berkadia continues to do well,” wrote Buffett, who is chairman and CEO of Berkshire. “Our partners at Leucadia do most of the work in this venture, an arrangement that Charlie and I happily embrace.”

“If you spend any time listening to him or talking to him it’s obvious why he’s as successful as he has been: he’s a really, really smart guy,” Frater said of Buffett. “We’re not a huge investment for him but he knows a lot about our company.”

While Berkadia is expanding its businesses across types of commercial properties and investors, the company will continue to benefit from apartments even if the government-backed agencies’ roles change, Frater said.

“People will still be living in them,” he said. “They’ll need to get financed somehow. As the sources of capital evolve it’s our job to try and evolve with them.”