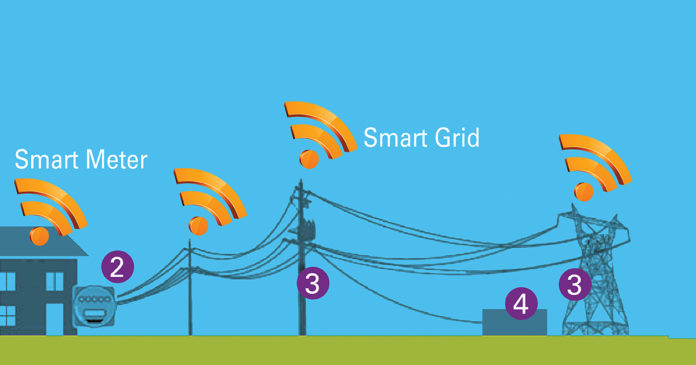 What is smart infrastructure?

Electric smart meters and smart grids have critical features not present in typical distribution systems today, which can be put to use to improve service and lower costs for customers.

The features of smart meters and smart grids are going to work together to produce more reliable service at lower costs for U.S. residences and businesses, in ways that are explained below.

How do we know the revolution is actually going to happen?

Forecasts of widespread deployment of smart meters and smart grids have been made on a regular basis since 1999, and consistently the forecasts have over-predicted infrastructure improvements. Today, however, there are many good reasons to believe the revolution is actually going to unfold.

What’s in it for customers?

At the top of the list of customer benefits is the improved reliability of smart grids, which simply translated means fewer outages, and less down-time. Improved reliability clearly translates into benefits for commercial customers, who can expect fewer outages, and outages of shorter duration. Lost inventory, lost production time, lost sales, all will be reduced when smart grids are more fully in place. Even for residences, though, benefits will be significant, especially for home-based businesses.

Hand-in-hand with improved reliability is lower cost of electricity, driven by several features of the smart meters and grids. First, it has long been known that 10-15 percent of all the electric generation capacity in the United States is maintained simply to support consumption during 1 percent of the year, on hot summer afternoons when peak demand is very high. Smart meters can measure not just the amount of electricity but also the time at which it is consumed, and thus for the first time, distribution companies can offer discounts to customers who reduce their peak period usage. Turning up the thermostat (which can be offered as an automated service through the distribution utility) by a few degrees on hot afternoons shaves the peak needs and reduces the number of generation plants needed significantly. Serving customers with fewer numbers of generation plants translates to lower costs.

A further savings on customer bills comes from better management of the power distribution process. Utilities will be able provide acceptable voltage levels to all of their customers more efficiently, and this alone might save 1-2 percent on all electric bills.

In addition, utilities typically lose at least 5 percent of the electricity they buy for customers in the local distribution process, which is a phenomenon called “line loss” in the industry. With smarter distribution grids, the line loss can be reduced and another 1-2 percent of consumption might be trimmed from typical customer bills.

Finally, there will be convenience improvements for customers, above and beyond reliability improvements and cost savings. When customers move in or move out, bills can be settled by reading the meter at the instant of the move, and needs to prorate bills, which can lead to customer disputes and arguments, go away.

Commercial customers with multiple properties in metropolitan areas can time all of their bills across the city to be cut and delivered at the same time, instead of today’s system of waiting for each bill until the meter rading force can collect the information throughout the month. Customers who want or need to put in solar energy or electric vehicle charging stations in some cases today are told they cannot do it because the distribution grid cannot handle the resultant demand surges and power supply fluctuations that result from intermittent production of solar power. With smart meters and smart grids, solar power and electric vehicles are accommodated easily.

A specific example of where improvements would be made

Consider an apartment complex in an area with hot summers that had central air conditioning for the shared-space areas, a swimming pool for tenants, and several electric vehicle (EV) charging stations for tenants. This complex could lower its electric utility bills dramatically by making a few simple decisions about its electricity consumption.

These actions, in combination with the other benefits of smart grids and smart meters that will emerge, could lower the community’s electric bills by over 10 percent. The actions needed seem like a small price to pay for truly significant operational savings.