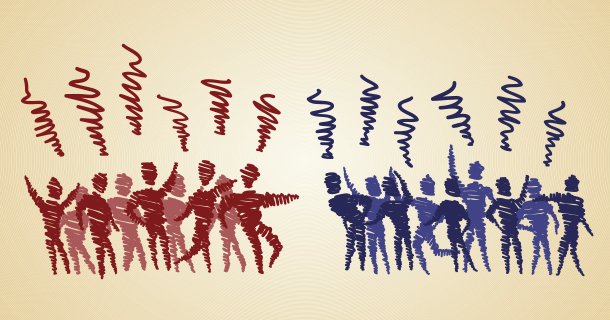 For a more current perspective on value in the controversial realm of energy efficiency, Wharton professor Howard Kunreuther, Wharton postdoctoral researcher Dena M. Gromet (lead author) and Duke University professor Richard P. Larrick looked at the issue through the lens of political persuasion. Their paper, “Political Ideology Affects Energy-Efficiency Attitudes and Choices,” published in Proceedings of the National Academy of Sciences, argues that a consumer’s political leanings can trump his or her economic best interests.

Anecdotal evidence already suggests that politics often override otherwise rational decision-making, Kunreuther says. But in the scientific realm, anecdotal knowledge cries out for statistical validation. Toward that end, the researchers built a quantitative framework aimed at erasing doubt and building new bridges. “How do we neutralize language coupled with economic incentives to reduce the role that political ideology plays in impacting choices on products that address environmental issues? That’s an area in which we are undertaking empirically based research,” Kunreuther notes.

To do this, Gromet, Kunreuther and Larrick needed a setting where political and economic priorities are often at odds. Climate change furnished exactly the right hot button because the two sides are clearly delineated: Liberals typically endorse action to slow or stop climate change, while most conservatives attach less urgency to climate change initiatives or reject them outright as impediments to free markets.

The first of two companion studies conducted by the researchers confirmed that support for energy efficiency is tied to political ideology. To explore key elements of the issue, the research elicited individual views on the prominence of carbon emissions reduction, foreign oil reduction and cost reduction—all subject to four variables: age, gender, education level and income level, plus a political ideology composite (which included measures of liberal versus conservative ideology and identification with political parties).

The second study examined how political orientation shapes retail demand for energy efficient products, with a focus on light bulbs. Energy efficient light bulbs—specifically, compact fluorescent lamps, or CFLs—were chosen over, say, hybrid cars or energy efficient household appliances with much bigger price tags because “nearly everybody has had the experience of going to buy light bulbs,” Gromet notes.

CFLs consume less energy and last longer than incandescent bulbs that produce comparable light. The bulbs with their characteristic swirly tubes cost more at the cash register but they cost less in the long run. Such a combination should appeal to consumers irrespective of political stances. But like other energy-efficient technology, CFLs have not generated an overwhelmingly positive consumer response.

To learn why, the researchers enlisted 210 men and women ranging in age from 18 to 66 years old. Each was paid $10 for one hour of their time. While sitting in separate cubicles, each participant was presented with a 60-watt incandescent light bulb and a 13-watt CFO bulb made by the same manufacturer. Participants had a choice of purchasing one of the two light bulbs with their provided budget of $2, with the incentive that they could keep any money left over.

To assess environmental salience in light bulb selection, the CFL was displayed with one of two labels: either a blank sticker or one that read “Protect the Environment.” The stickers were otherwise identical. Before making their light bulb selection, participants reviewed a table summarizing the similarities and differences between the two light bulbs.

Two questions still remained: If participants were to buy a CFL bulb with a blank sticker or a “Protect the Environment” sticker, how much would either sticker express their values and political beliefs? And how would they evaluate each bulb with regard to its lighting power, lighting quality, monetary savings and benefit to the environment?

After analyzing the results, the researchers found that when the incandescent and CFL bulbs were equivalent in price, participants’ choices were made with little sensitivity to political ideology. The majority of participants chose the energy efficient CFL bulb, regardless of their ideology or whether the CFL’s label had an environmental message. However, when the CFL bulb was more expensive, the inclination to choose the CFL bulb with the environmental label (as opposed to the blank label) dropped off steeply for the more conservative consumers. Notably, while the environmentally-friendly label dissuaded conservative consumers from buying CFL bulbs, it did not sway liberal participants in the opposite direction. The researchers speculate that liberals may already think about energy efficient goods with regard to their environmental benefit, so the environmental label did not have much of an effect on their light bulb purchase.

The findings showed that conservatives weren’t dead-set against the energy-efficient bulb when the price was right: The low cost influenced many conservative participants to choose the CFL bulb even though it has been linked to an issue many with that political ideology do not support—e.g., the need to reduce climate change. But, when the energy efficient option had a higher upfront cost (as is normally the case in the marketplace), this message deterred those on the political right from buying the CFL.

According to the researchers, the results of the light bulb experiments present a way to surmount the chief roadblocks to the greater adoption of energy efficient technology in the United States: greater up-front costs and the products’ entanglement with political debate on environmental issues.

The point, moreover, is not to single out conservatives or to impose judgment. “We come at it as a framework for assessing non-economic sources of value that affect decisions,” Gromet says. “What deters conservatives from purchasing products recognized as having long-term economic benefit? If products advertise features that do not correspond to conservative values, they become less attractive.”

The findings also demonstrate the influence of contextual effects on selection of energy efficient options. “First of all,” says Kunreuther, “be very aware that how you frame a problem and present information can make an enormous difference.” If, for example, companies replaced a label that promises a product will reduce carbon emissions with one that advertises only priorities that are shared across the political spectrum, such as energy independence and lower costs, they would likely attract a broader range of customers. The findings also speak to the importance of market segmentation—different messages may be needed to reach different consumers.

Coverage in the media, including a coveted plug on Comedy Central’s “Colbert Report,” has mainly emphasized polarization over these environmentally-friendly products, Kunreuther notes. “You can overcome some of the concerns that people have about an issue like the environment,” he says, but success hinges on finding and advertising the values that most of us share no matter who or what we vote for or against.

“We’re stimulating the right kind of dialogue. The two sides can interact,” Kunreuther says. “If the energy efficient product is priced in a way that makes it economically attractive, this may lead people to overlook what bothers them on political grounds.”