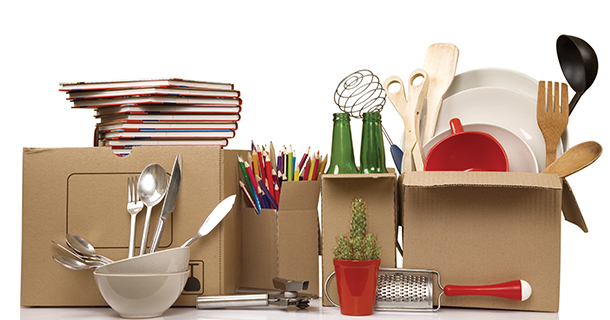 More than 7 million Americans moved between states in 2012, the highest number of long-distance moves in four years, according to new data from the Census Bureau’s American Community Survey, its most comprehensive snapshot of U.S. demographic trends. The figure is above a low point of 6.7 million in 2010 but well below the pre-recession pace of nearly 8 million.

Driving the recent increase, in large part, are middle-aged and older Americans. The share of Americans ages 35 to 44 moving between states has risen for two straight years, though they’re still less likely to move than younger people, according to an analysis of Census data by Brookings Institution demographer William Frey. Interstate moving rates for people 65 and older also rose last year. By contrast, rates for younger Americans 18 to 34, while higher than for older Americans, fell.

Tara Farrell and her 5-year-old son, Schuyler, survey their new digs in San Francisco, where they will move in this weekend.

Preliminary data for 2013, based on a separate Census survey, suggests a similar divide: The share of people 35-54 who made either long-distance or local moves between March 2012 and March 2013 rose to 9.9 percent from 9.5 percent the prior year. This figure edged down for people 18 to 34, to 20.8 percent from 21.5 percent, according to an analysis of the data by Jed Kolko, chief economist at Trulia, a real-estate listings site.

The numbers suggest more middle-aged and older Americans are benefiting from the nation’s tepid economic recovery. Job growth has been steady, if slow, while prices of stocks and real estate—which older people are more likely to own—are on the upswing. Many Americans no longer owe more on their homes than their properties are worth, making it easier to move.

“It’s older adults that are leading the way,” said Frey, who calls the recent pickup in long-distance moves a “good omen” for the economy.

Tara Farrell and Nate Eastman are among those who have moved. In August, they arrived in San Francisco from Vermont, after Eastman, 42 years old, got a job as a salesman at CrowdFlower Inc., which helps companies outsource tasks to workers via the Internet. Farrell, 37, works from home as a business manager for her family’s three furniture stores in Vermont and New York.

With Eastman settling in at his new job, Farrell recently rented out their condominium in Vermont, drove a moving truck to San Francisco with their 5-year-old son and found the San Francisco apartment they will move into this weekend.

“We decided to take a gamble,” Farrell said.

Retirement-friendly states like Arizona in the West and Florida in the South, which saw heavy inflows before the recession, are again attracting movers. New York and Massachusetts, which experienced a respite from longtime outmigration in recent years, are losing people again.

Florida’s net gain of 109,000 domestic migrants in 2012–the difference between people coming to the state and leaving—was 77 percent higher than the amount in 2011 and the biggest in seven years, according to an analysis of Census data by Kenneth Johnson, a demographer at the University of New Hampshire.

The bigger picture, though, is that moving is on a decades-long decline.

Between World War II and the 1970s, some 20 percent of Americans, one in five, moved each year. Since young adults are the most likely movers, overall mobility—including both local and state-to-state moves—has fallen gradually as the population has aged, and was at 14 percent during the mid-2000s housing bubble, before tanking to a post-recession low of 11.6 percent in 2011, according to Kolko’s analysis. According to the early Census data for 2013, overall mobility is now at 11.7 percent.

For now, the gradually improving economy is encouraging some Americans to make a move.

Sunny Yoon moved to Berkeley, Calif., earlier this year. After working in New York City as a data librarian for Goldman Sachs Group Inc., Yoon wanted a fresh challenge in the technology sector. In October, she joined San Rafael, Calif.-based Autodesk Inc., a maker of design software. While she is going through “withdrawal” from leaving New York, she is happier now.

“Things kind of fell into place,” she said.