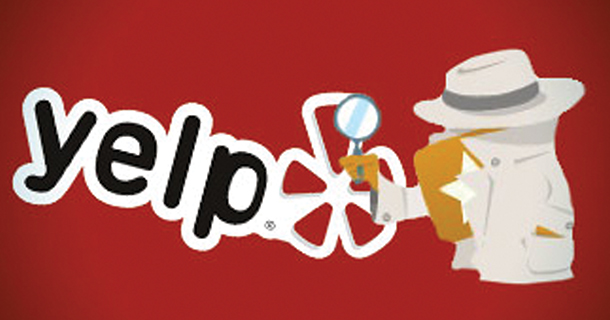 They were writing or commissioning fake online reviews, or “astroturfing,” as it’s sometimes called. A sting operation codenamed Operation Clean Turf involved creating a fictional yogurt shop in Brooklyn and then approaching SEO (search engine optimization) companies to ask for help with their negative online reviews. The investigation revealed that the Internet was being “flooded with fake consumer reviews on websites such as Yelp, Google Local, and CitySearch.” Some of the companies were using IP-spoofing techniques to conceal their identities, and paying writers “from as far away as the Philippines, Bangladesh and Eastern Europe for $1 to $10 per review.”

Writing or using a fake review to promote business is unethical, but is it against the law? Yes. You can’t lie to consumers.

Are these companies being shut down while the owners go to jail? Well, not exactly. Companies like Zamdel, which posted over 1,500 fake reviews on websites such as Yelp and Google Places, and US Coachways, the national bus charter company based in Staten Island, N.Y., were fined. The penalties ranged from $2,500 to a little under $100,000. The accused companies have also agreed to stop using phony reviews entirely.

Can we trust them?

That’s up to you. They’re certainly under closer scrutiny now. But the 19 companies targeted by Operation Clean Turf aren’t the only ones generating fake online reviews. Mary K. Engle, who directs the U.S. Federal Trade Commission’s Division of Advertising Practices, says there’s no hard data on exactly how widespread the problem is, but “I’ve heard estimates that 15 to 20 percent of online reviews are fake.”

People are concerned. Yelp in particular is making very public strides to punish fraudulent reviewers. Lawyers representing Yelp filed a lawsuit in late August against McMillan Law Group, accusing the San Diego firm of “trying to game the system by stacking the deck in their favor with planted or fake reviews.” Harikesh Nair, an associate professor of marketing at the Stanford Graduate School of Business, thinks this isn’t just a publicity stunt. “There’s a huge incentive for Yelp to crack down on this type of behavior,” he says. “The fact that consumers trust their reviews is critical for their business model. Without it, they have no business.”

Yelp’s legal complaint, which asks for $25,000 in damages, says as much. “If Yelp users believed that Yelp reviews were written by business owners and employees about their own businesses,” it reads, “the value of Yelp reviews, and of Yelp itself, would be undermined.”

Bing Liu, a computer science professor at the University of Illinois at Chicago–who has been developing software to help websites recognize fake reviews–isn’t hopeful. “Online reviews will never completely be honest,” he says. “But now the people writing them–and the companies selling them–will have to be more cautious.” The only real change, he thinks, will be that this type of deception can’t be done on a massive scale anymore. “If you’re too obvious, you’ll be detected,” he says. “But it’s still difficult to catch people doing these things on a small scale.