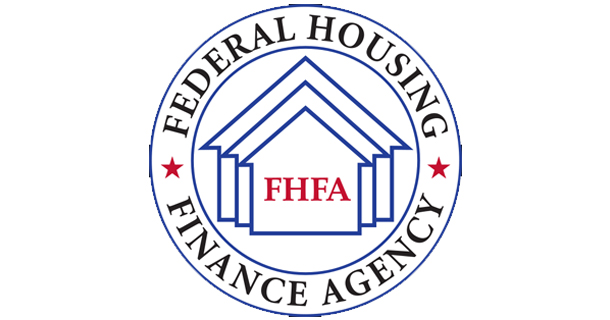 While the size of the cuts is still undetermined, they will add to a 10 percent reduction in apartment financing the Federal Housing Finance Agency required Fannie Mae and Freddie Mac to make this year as part of a broader effort to boost private investment in housing finance.

Developers, lenders and affordable-housing advocates are pushing back, saying the move could deprive rural areas and smaller cities such as Boise, Idaho, and Topeka, Kansas, of rental housing that private investors may neglect. Dozens responded to a recent FHFA request for suggestions with the same message: Don’t do it at all.

“Without Fannie and Freddie our ability to get deals done in smaller towns would be greatly reduced,” E.J. Burke, chairman of the Mortgage Bankers Association and an EVP at Cleveland-based KeyBank, said. “We haven’t seen that impact yet, but down the line I’m very concerned if the conservator continues to cut their volumes.”

The reductions are part of a long-term FHFA plan to create more room in housing finance for private capital. In the absence of action from lawmakers to set up a new mortgage finance system, “we will continue to take gradual steps to reduce the enterprises’ exposure in this market, while maintaining a market presence,” DeMarco said.

Fannie Mae and Freddie Mac purchase mortgages and package them into securities on which they guarantee payments of principal and interest. They were seized by regulators in 2008 after investments in risky single-family loans pushed them to the brink of insolvency. They are now owned by the U.S. government, and their profits go to the Treasury.

Since the financial crisis, the companies’ multifamily portfolio has provided steady profits. Before taxes this year, Fannie Mae earned $1.4 billion through Sept. 30 on its apartment business and Freddie Mac earned $1.8 billion, according to company filings.

In studies they performed this year at the request of FHFA, both Fannie Mae and Freddie Mac concluded that their multifamily operations would have little value without their existing government guarantee and therefore it wouldn’t make sense to sell them to private interests.

Delinquencies in the multifamily portfolio have stayed below 1 percent for more than a decade. The apartment-lending operations are more stable partly because they’re structured differently than the companies’ single-family loan guarantees. While Fannie Mae and Freddie Mac are in a first-loss position on their single-family securities, they share risk with private investors on most of their multifamily deals.

The FHFA’s plans to reduce the companies’ financing for apartments comes as the demand for rental housing is outpacing new construction. The industry estimates the market can absorb about 300,000 to 400,000 new units a year; about 158,000 were built in 2012.

Some market participants fear that reducing the companies’ multifamily operations will squeeze low-income renters and those outside the largest urban areas. Affordable housing advocates say they believe Fannie Mae and Freddie Mac’s capital has become more concentrated in luxury buildings in big cities as their national footprint shrinks.

“As the enterprises significantly increased their share of the higher-end multifamily market over the past four years, their benefits flowed to country club properties for deep-pocketed lenders,” Judy Kennedy, CEO of the National Association of Affordable Housing Lenders, said in an Oct. 8 letter to the FHFA.

Fannie Mae and Freddie Mac should finance more loans on small buildings that serve lower-income renters and those in rural areas, Kennedy said.

About 95 percent of units Freddie Mac finances are affordable to renters with incomes below the area median, David Brickman, head of multifamily operations at Freddie Mac, said.

“The small handful of higher-end deals that we finance help us in our ability to serve that mission by effectively cross-subsidizing more affordable projects,” Brickman said.

In response to the mandate that they reduce their operations this year, both companies raised the fees they charge to guarantee multifamily securities. Increases in interest rates added to a slowdown in multifamily lending throughout the year.

The FHFA will release a plan by the end of this year with details of how Fannie Mae and Freddie Mac should further shrink apartment funding, agency officials said.

“I am curious why the regulator is so focused on reducing Fannie and Freddie’s multifamily business when legislators, industry and their own strategic plan all say that they don’t need to keep shrinking,” said Willy Walker, CEO of Walker & Dunlop Inc., a Bethesda, Maryland-based real estate finance company.

The reductions are taking place as Congress debates a housing-finance overhaul that could leave Fannie Mae and Freddie Mac’s multifamily operations largely intact or redirect them to affordable housing.

The FHFA’s actions make sense in the absence of a clear policy consensus about the government role in the market, said Clifford Rossi, a finance professor at the University of Maryland.

The FHFA’s plan is “one more move toward trying to dismantle both of these companies in a way that’s methodical and consistent with what’s in the best interest of the taxpayer,” Rossi said. “We have way over-subsidized housing in this country.”