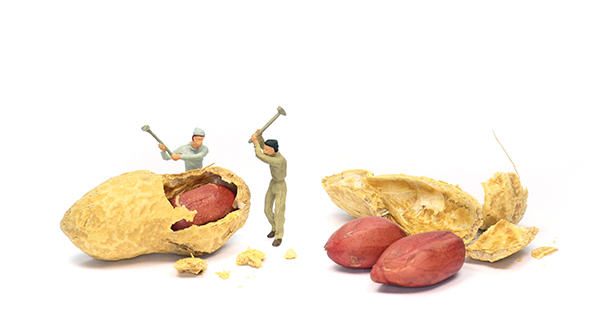 Over the summer, Sen. Tom Harkin, a Democrat from Iowa, introduced the Fair Minimum Wage Act of 2013 that would raise the minimum wage to $10.10 an hour and automatically index it to the cost of living. In an opinion piece for Politico, Harkin said raising the minimum wage is “good for workers, good for businesses and good for our economy.”

In November, New Jersey became the 20th state to establish a minimum wage higher than the federal minimum as voters there overwhelmingly approved a ballot question that raised the hourly rate to $8.25. The measure also amends the state Constitution to tie future increases to inflation. New Jersey’s new law has broad public support. In addition, earlier this fall, the California legislature approved an increase in the minimum wage from $8 an hour to $10 an hour by 2016.

According to a poll taken earlier this year by the Pew Research Center, Americans are in favor of increasing the minimum wage from its current level by a wide margin (71 percent to 26 percent).

But the economics of low-wage jobs are complex, and resistance within Congress and the business community to raising the minimum wage is strong. The difficulty is that there is no single, unified economic objective that works for everyone. If you are a low-wage employee, for instance, raising the minimum wage is probably advantageous, as it doesn’t dramatically change the odds that you’re going to get laid off. In addition, you would be making more money. If you are someone who works just above the minimum wage, an increase is also beneficial as it means there may be some upward pressure on your wages. If you are a small business hiring at the minimum wage, however, the costs of having to pay employees more would come out of your pocket. And people who are trying to attain minimum wage jobs could actually be hurt, to the extent that an increase dampens employer demand.

Yet in an era of growing income inequality and at a time when 6.6 percent of Americans–roughly 20.4 million people–are classified as being in deep poverty (a 4.5 percent increase since 2000), many view raising the minimum wage as a moral issue.

The fact that Congress has acted to raise the minimum wage only three times in the last 30 years shows that “we have become much more tolerant of inequality but also less interested in doing things to help the poor,” says Peter Cappelli, a Wharton management professor.

“There are big costs to society and maybe to the country’s overall economic growth of having wages be as stagnant as they are,” adds Cappelli, who is also director of the school’s Center for Human Resources. “It is no longer just teenagers working at these wages. Many people are trying to live on them, and that also means those people are being supported by the safety net, things like food stamps paid by taxpayers. It’s not a great thing for society to have lots of people working and not being able to afford to live.”

One of the most powerful arguments for raising the minimum wage is the notion of creating a livable wage that enables people to have the dignity of working a job that pays enough to live on and support their family. Today a person working full-time for the entire year on minimum wage earns roughly $15,000, which puts them below the poverty line for a two-person household.

Raising the minimum wage purely as a poverty reduction strategy is not as straight-forward as it seems, however, observers note. For one, most working-age people who live in poverty don’t have a job, and so consequently they would not benefit from such an increase. Second, many people who earn the minimum wage live in households above the poverty threshold, including high school students earning extra pocket money, retirees supplementing their Social Security and others working part-time to add to their family’s income.

“But there are lots of people who are stuck in those jobs for a long time,” says Wharton management professor Matthew Bidwell.

Data indicate that more than half of minimum-wage workers are in families earning less than $40,000 a year. “So when we’re talking about the minimum wage as a ‘livable wage,’ the question is: livable for who?” Bidwell asks. “For a student or a young person starting out with no dependents, perhaps yes. For a family of four, it’s clearly not. For the latter group, this is a public policy problem.”

Raising the minimum wage reflects a certain set of beliefs, adds Bidwell, who notes that several chiefs of big companies, including Craig Jelinek, CEO of Costco, and Howard Schultz, CEO of Starbucks, have gone on record as supporting a raise. “For a large organization, like Starbucks, it gets to how they see their role as an employer and their values about the ways in which employees ought to be treated,” he suggests. “The living wage argument is emotionally powerful. It says that people’s labor should be worth something. If you are working full-time, you should not be in poverty. Our societal values are such that you should earn a decent wage.”

While some claim any increase in minimum wages will be passed along to customers in the form of higher prices on goods, others argue that low-wage employees impose significant costs on taxpayers. To prop up people who are making minimum wage, the government provides social services like food stamps and Medicaid, says Wharton management professor Adam Cobb.

A study earlier this year from researchers at the University of California, Berkeley and the University of Illinois at Urbana-Champaign, analyzed the total average annual public-benefit expenditures on workers from 2007 to 2011. It found that families of fast-food workers are twice as likely to use public programs. In addition, the study found that the total state and federal cost of providing public assistance to the families of fast-food workers totaled nearly $7 billion per year over that time frame.

“Some people get wrapped up in the idea that the government should not intervene in labor markets. But the government is already there,” says Cobb. “We’re all being forced to take part in the low-wage employment system.”

The living wage argument is all the more compelling in light of the changing profile of average minimum wage workers, observers note. A growing number of Americans are relying on low-wage jobs to make ends meet; indeed, about 60 percent of the jobs created in this economic recovery are low-wage jobs, according to data from the National Employment Law Project (NELP). And unlike in periods past, it is much more likely for minimum- and low-wage workers to be in their 30s or 40s, have some secondary education, and be an important breadwinner in their family, data from the Bureau of Labor Statistics shows.

The rhetoric that it’s only high school kids who have these kinds of jobs is outdated, says Cobb. “Go to any fast food restaurant or grocery store–who’s working there? It’s not just teenagers; it’s adults. We need to consider who are the types of people making minimum wage and then create policies that reflect that.”

The debate over the minimum wage often comes down to one question: How much effect does an increase in the minimum wage have on the employment rate? It is perhaps one of the most studied topics in all of economics. The big concern is that in the face of higher labor costs, businesses will have to either lay people off or hire fewer workers. David Neumark, an economics professor at the University of California, Irvine and William Wascher, a Federal Reserve Board economist, have over the years produced several pieces of influential research on the topic. They argue that increasing the minimum wage reduces the employment rate of low-skill, low-wage workers.

“Any time the state intervenes in the employment market, it’s going to have an effect–and not necessarily a positive one,” notes Brooks Holtom, a management professor at Georgetown University’s McDonough School of Business. “This is particularly true right now when we are seeing persistently high employment among low-skilled workers and among the young. The raise for the workers has to come from somewhere, and it’s most likely that we will see it in the form of job losses.”

Holtom adds that in today’s highly competitive retail environment, firms are more likely to lay off workers than to raise prices. “Raising prices is not an option because of the strong consumer preference for low prices,” he notes. “People want their groceries and their fast food faster, cheaper, better. So at the end of the day, some of these workers will have a little bit more money in their pocket, but others will be out of a job. That’s where the inefficiency comes from.”

Many other studies, though, indicate that minimum-wage increases have only a marginal impact on the employment rate. “The reason is that the raise is never enough to make it ‘bite,'” says Bidwell. “It’s never enough of a burden on employers to force them to throw people out of their jobs.”

In fact, there is some evidence that higher wages improve productivity. Research by Zeynep Ton, a professor at MIT’s Sloan School of Management, shows that a number of highly successful retail chains–including Trader Joe’s supermarkets and Costco wholesale clubs–that pay their store employees above-average wages, also have the lowest prices in their industries, stable financial performance and superior customer service compared with their competitors.

“Businesses across the board can adjust to higher wages,” says Jack Temple, a policy analyst at NELP. “It lowers their cost of hiring and firing and training. Companies also see reduced inefficiencies in their business models.”

On the other hand, there is some evidence that increasing a wage rate will lower profitability for firms, particularly small businesses. While proponents of raising the minimum wage often point fingers at big corporations that can ostensibly afford to pay workers more, many low-wage employers are small outfits, notes Michael Saltsman, research director at the Employment Policies Institute, a business-backed research group.

“It is easy to focus on McDonald’s or Burger King as the ‘corporation,’ but the majority of those fast food restaurants are owned by franchisees,” Saltsman says, noting that labor costs for a franchisee amount to about 30.5 percent of sales, and profits typically hover around 5 percent. “That gives you a sense of why small businesses are concerned by a minimum wage increase–even, say, $10 an hour rather than $15. Even if labor costs increase by 25 percent, that more than eats up all the profit earned by the store.”

Job training programs targeted at low-skilled workers represent another important part of the solution, according to Mike Grandinetti, a professor of entrepreneurship and innovation at Hult International Business School. “We need to attack the problem rather than the symptom,” says Grandinetti, who is also an angel investor and serial entrepreneur. “We need to provide people with training, mentorship and economic opportunity education,” he adds. “We need to improve their skills so that they’re not losing ground. That’s how you solve the problem. Right now, we’re only nibbling around the edges of this.”