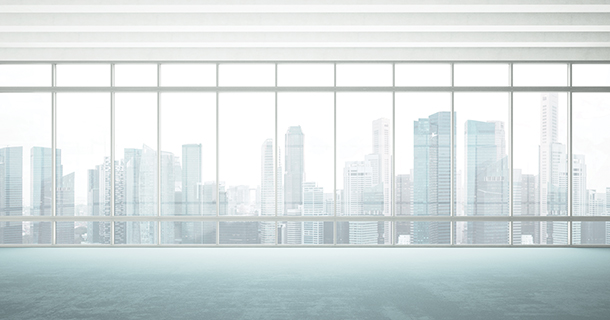 Every two years Harvard’s Joint Center for Housing Studies publishes an analysis of current rental housing trends. The most recent report was released last December. It documents the recovery of the multifamily rental market, but highlights a financing policy issue that might emerge as a threat to sustained market expansion. Here are the key points:

By most measures, the multifamily rental housing market has recovered from the Great Recession. And now that vacancy rate declines and rent increases are moderating, markets may be approaching balance.

A clear sign of renewed health is the strong return of most private sources of mortgage financing. Going forward, though, a large unknown is how impending reform of the government role in the mortgage market will affect the cost and availability of credit for rental properties.

While the owner-occupied market only began to show clear signs of recovery in 2012, rental markets have steadily improved for several years. Throughout the downturn and recovery, vacancy rates for professionally-managed apartments–favored by large institutional investors–started out and remained much lower than in the broader rental market.

Still, MPF Research data indicate that vacancy rates in this segment spiked by more than 4.1 percentage points from 3.9 percent in mid-2006 to 8.0 percent at the end of 2009, before retreating to 4.7 percent in the second quarter of 2013.

Data from MPF Research for professionally-managed properties, show a steep falloff in rents at the start of the recession, with nominal rent declines reaching fully 4.8 percent year-over-year in the third quarter of 2009. This measure indicates that rents turned up in mid-2010 and continued to gain momentum into late 2011, reaching a 4.8 percent annual increase by year end.

The MPF measure also suggests that rental market tightening began to moderate in 2012, with rent increases slowing to a 3.1 percent annual rate by mid-2013–roughly matching the change in the Consumer Price Index (CPI) rent index but still exceeding general price inflation by more than a full percentage point.

Nearly every major metropolitan area has shared in the rental recovery. As of the second quarter of 2013, 90 of the 93 metro areas tracked by MPF Research reported annual rent increases, about the same number as at the end of 2012.

Multifamily starts climbed another 31 percent through the first eight months of 2013 to a seasonally adjusted annual rate of 294,000 units. The rebound in multifamily construction is evid ent across the country. Over two-thirds of the 100 largest metros issued more multifamily permits in 2012 than 2011, while fully one-third issued more in 2012 than in the 2000s on average.

Through August 2013, the number of multifamily permits in these metros was up by more than 20 percent from a year earlier. However, there are some notable differences across markets. At one extreme, the pace of permitting in Portland, Ore., and Orlando more than doubled, while activity in Miami, Atlanta, and Phoenix jumped by 70 percent or more.

At the other extreme, Dallas, Houston, Charlotte, and Washington, D.C., posted year-over-year declines after several years of strong growth.

The surge in multifamily construction has raised some concerns about potential overbuilding in certain markets. While activity in some metros has indeed surpassed peak rates in the 2000s, growth in renter households has also been much stronger than in that decade. Rather than past construction volumes, rent levels and rental vacancy rates are more reliable indicators of whether supply is outstripping demand. By those measures, there is no evidence of overbuilding yet in areas with the most construction activity in recent years.

With vacancy rates falling and rents rising, the financial performance of investment-grade properties improved markedly over the past three years. According to the National Council of Real Estate Investment Fiduciaries (NCREIF), the net operating income (NOI) for institutionally-owned apartments was up by at least 4.9 percent annually over the past 12 quarters.

The rebound in apartment property prices is even more impressive. Since bottoming out in the fourth quarter of 2009, Moody’s Commercial Property Price Index for apartment buildings climbed by 62 percent to a new high in mid-2013.

NCREIF’s transaction-based price index shows a more moderate but still substantial increase of 53 percent. By contrast, the S&P/Case-Shiller U.S. National Home Price Index indicates that single-family prices rose only 6 percent over this period. With these increases in NOI and appraised property values, the annual return on investment for apartment owners has remained above 10 percent since late 2010.

Over the past two decades, multifamily lending activity has fluctuated with the financial fortunes of rental properties. The dollar volume of multifamily loans outstanding increased steadily in the late 1990s as the market recovered from weak conditions at the start of the decade.

Multifamily lending picked up even more in 2003-07 as the housing market boomed. But when the Great Recession took hold, both net operating incomes and property values plunged while loan delinquencies soared, bringing lending growth to a halt. Increases in outstanding loan volumes dropped off sharply in 2008 and remained weak through 2010, but then rebounded in 2011 as low interest rates and a burgeoning recovery in the broader rental market created a favorable environment for both borrowers and lenders.

In the decade leading up to the Great Recession, the GSEs (financial service entities created by the Congress, known as Government-Sponsored Enterprises) fueled a substantial share of the growth in outstanding loans–outdistancing depository institutions that had once been the single largest source of multifamily lending–and greatly expanded their market share.

Much of the growth in federally-backed lending occurred before the market heated up after 2003. Private asset-backed securities then emerged as an increasingly important source of funding, accounting for more than a quarter (27 percent) of net loan growth in 2003-07. A combination of state and local governments, life insurance companies, and other financial institutions also expanded their lending during those years, sourcing another 22 percent. The strong flow of credit for multifamily properties during this period helped to propel a sharp rise in property values, mirroring trends in the owner-occupied market.

Once the recession hit, however, loans backed by the GSEs and FHA accounted for the lion’s share of multifamily lending, supporting the market between 2007 and 2010 when private capital was scarce. During this period, depository institutions and other lenders substantially reduced loan originations as market conditions deteriorated. New issuances of private asset-backed securities also ceased amid the overall weakness of the market and the very high default rates for such loans.

GSEs and FHA have continued to play a prominent role in the multifamily market since the recovery in private lending began in 2010.The Mortgage Bankers Association (MBA) estimates that annual originations backed by the GSEs nearly doubled between 2009 and 2012, while loans insured by FHA were up five-fold. The MBA data also indicate that private lending is reviving, attesting to lenders’confidence in the multifamily recovery. Originations by depositories exceeded their pre-recession levels in 2012, and those by life insurance companies approached their previous peak. In contrast, lending through the private-label securities market, state and local governments, and other sources remained moribund.

To foster further increases in private participation, the Federal Housing Finance Agency (FHFA–the regulator and conservator of the GSEs) has signaled its intent to set a ceiling on the amount of multifamily lending that the GSEs can back in 2014.

While the caps are fairly high–$30 billion for Fannie Mae and $26 billion for Freddie Mac–FHFA intends to further reduce GSE lending volumes over the next several years either by lowering these limits or by such actions as restricting loan products, requiring stricter underwriting, or increasing loan pricing.

With lending by depository institutions and life insurance companies increasing, the market may well be able to adjust to these restrictions. The bigger question, however, is how the financial reforms now under debate will redefine the government’s role in backstopping the multifamily market. Recent experience clearly demonstrates the importance of federal support for multifamily lending when financial crises drive private lenders out of the market.

By virtually all rental market indicators, the recovery from the Great Recession has been strong. There are occasional alarms raised by some analysts that new rental construction may be overshooting the mark. But with vacancies still falling, rents rising, and the number of renter households increasing rapidly, there seems little reason for immediate concern.

Given the lengthy lags in multifamily completions, though, overbuilding could occur in select markets. The more important issue for the multifamily rental market is how proposed reforms will affect the availability of financing for a range of rental properties–and particularly the traditionally underserved small property segment that makes up a significant share of the privately owned affordable rental stock.