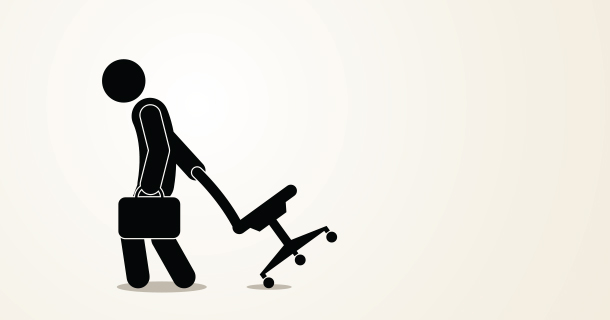 These numbers are based on the annual figures published by the Bureau of Labor Statistics and speak to a pronounced drop in labor force participation–that is, those working or looking for work–with the participation rate dropping from almost 66 percent throughout 2008 to its current level of 62.8 percent, the lowest it’s been since 1978.

If the labor force participation rate had held steady at its 2008 level, unemployment would be 11.2 percent instead of the current reported rate of 6.7 percent.

That labor force participation has been dropping is undisputed. The question is why.

Is the decline in labor force participation a result of older people retiring en masse, younger people failing to enter the work force, or both?

If it is the former, then Americans can take confidence in the reported unemployment rate of 6.7 percent, that its steady drop is very real and means labor market conditions are in fact improving.

If, however, younger Americans are not entering the labor force and/or middle-aged people are dropping out, quite the opposite. The reported unemployment rate then understates the reality of current labor market conditions. Then, individuals are not looking for work conceivably because there is little work to be found and so they are giving up–in short, an economic calamity.

On one side are those who take the view that what is being observed are actually baby boomers leaving the workforce and retiring, such as minnpost.com’s Erik Hare, writing in a piece, “Decline in labor force driven by retirement, not discouragement.”

Hare calls it a “lie” that “this is the result of people giving up looking for work, a sign that the ‘recovery’ is weak.” Instead, Hare points to a Philadelphia Federal Reserve study on the topic that takes a narrow look at Bureau non-participation data, concluding that retirements beginning in 2010 began to play a role in driving down the participation rate.

The trouble with the study is that labor participation has been declining a lot longer than since 2010. In fact, it peaked in 1997 at 67.1 percent, and has dropped annually ever since. As the study notes, “retirement had not played much of a role until around 2010.” By then, the rate had already dropped 2.4 percent.

Meaning, retirement cannot be thought to have played much of a role in the participation rates up until that point, and may only be tangentially affecting it now.

So, does older Americans working longer, younger people failing to enter the labor force, and the middle-aged dropping out account for the decrease in labor force participation?

Yes on all counts, the ALG study shows.

Meanwhile, these losses were offset by 55-64 year olds adding 2.39 percent back to the rate, and 65 years old and above adding another 1.13 percent.

By far the biggest contributors to the drop in participation were: that the population of those aged 25-54 increased by 1.12 million, and yet its labor force actually shrank by 1.53 million–a net loss of 2.65 million; and 2.53 million people aged 16-24 failed to enter the labor force compared to the rate in 2003 In fact, if older Americans were not working longer–in the process adding 2.79 million to the civilian labor force–participation would be even lower than it already is at about 61.7 percent, instead of the 62.8 percent rate reported.

To avoid seasonal variations, the ALG study uses average, annual figures published by the Bureau rather than monthly data.

Individuals can draw their own conclusions from the ALG study, but one conclusion they cannot make is that there is some sort of retirement wave that is driving down labor force participation and making the unemployment rate look a lot better than it really is.