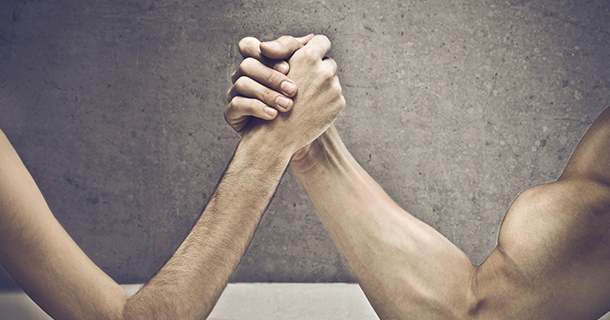 And, if stock prices are an indication of which REITs investors wager are ripe for M&A, Home Properties and Post Properties both are on the radar as potential targets.

Exactly 12 months after the Archstone asset sale, in December 2013, BRE entered into an agreement to merge with Essex Property Trust—its closest West Coast competitor—after rejecting earlier bids from Essex and a $4.6 million offer from Land & Buildings in June.

Analysts have eyed BRE for several years as a potential takeover opportunity because the REIT has lagged behind its peers in terms of shareholder value, despite owning assets in one of the country’s hottest markets—the San Francisco Bay area.

Before accepting the bid from Essex, BRE was trading at a 13 percent discount to its NAV and historically has traded at a discount to Essex.

But BRE’s balance sheet had improved over the course of 2013 as the REIT delivered several properties in its growing development pipeline and rolled out new property management and revenue management software, after being one of the only apartment REIT holdouts to implementing that technology.

If the BRE/Essex deal closes as expected in March, it will create the only publically traded West Coast pure play multifamily company.

Essex president and CEO Michael Schall will remain in his current position and three members of BRE’s board will be added to the Essex board.

The transaction provides for a cash component of $12.33 per BRE share, or roughly $1 billion, which Essex expects to generate through property sales and the formation of institutional joint ventures involving properties valued at between $800 million and $900 million, Essex president and CEO Michael Schall said during the REIT’s Q4 2013 earnings call on January 31.

“In addition, we believe that $100 to $200 million in property sales could occur before or shortly after the merger and most of the cash required to close the merger can be generated by these activities,” he said.

If the combination of borrowings, institutional joint ventures and property sales do not occur, UBS and Citigroup have committed a combined $1 billion in financing that can be used as back-up.

Essex assumes the merger would be NAV neutral, accretive to core FFO in the range of $0.05 to $0.08 per share in the year following the merger closing and that annual synergies will approximately equal the impact of Prop 13.

The highly complementary footprints and strategies of the two companies provide opportunity for synergies, mostly on the expense side, of which property and corporate level expense reductions were roughly similar amounts, Essex execs stated.

Schall noted that Essex is still evaluating additional synergy opportunities over and above the baseline scenario.

During the conference call, he shared the to-do list that Essex will pursue immediately after the deal closes.

At the top of the list is reconciling the existing material differences in the pricing philosophies of the two companies, despite their geographic similarities.

“Based on that reconciliation, we will adopt one company-wide standard best practice to include the renewal process, targeted turnover rates and costs, traffic and traffic sources, amenity charges and occupancy/availability ranges” said Schall.

Essex also will look for opportunities to improve the financial structure of the combined companies from the perspective of risk, reward cost to capital and core FFO accretion.

Implementing best practices identified during the merger integration process was third on the list.

Next on the list is taking advantage of economies of scale.

We will use our larger footprint and community proximity to negotiate lower cost relationships with vendors, create on-site operating savings and revenue management synergies, he said.

“We believe that these areas will significantly improve the overall efficiency and results of the combined entity,” he concluded.

“For over a year, BRE’s board and management team have been evaluating alternatives to maximize shareholder value. We are pleased to have reached this agreement with Essex, which we believe will deliver significant value to all our stakeholders. This transaction will create a must-own sharpshooter REIT focused on West Coast apartments,” said Constance B. Moore, CEO of BRE.

The weakness in BRE’s stock price post merger announcement likely is a sign that investors are worried that a strengthening single-family housing market, combined with tepid job growth, will stymie demand for apartments and owner’s ability to raise rents, as well as concerns about rising interest rates.