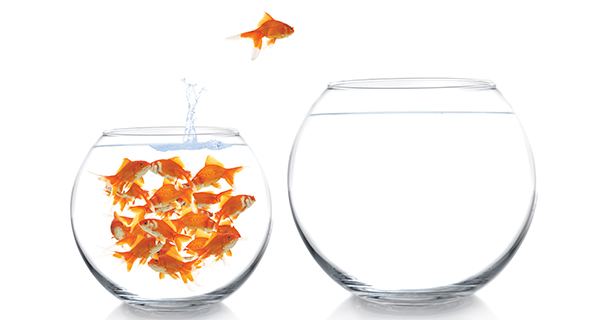 But the future of the government sponsored enterprises, or GSEs as they are more commonly called, is unlikely to be determined in 2014.

Given the considerable disagreement in Congress over the role the government should play in the mortgage market in the future and worries that a change from the status quo would derail the housing recovery, few political analysts expect any legislative action until at least 2015.

Instead, the conversation in Washington might shift towards what can be done to increase housing affordability, as the cost of housing soars.

“We are really not making any progress on affordable housing reform,” said Rick Lazio, the former Republican Congressman from New York, in an interview. Lazio, who famously ran against Hillary Clinton for the U.S. Senate in 2000 and also ran for Governor of New York in 2010, was formerly Chairman of the House Financial Services Subcommittee on Housing and Community Development.

He now heads the housing and housing finance team at Jones Walker and focuses on affordable housing issues.

“There are no federal tools to deal with the affordable housing problem,” says Lazio. “Only one out of every four households eligible for rental vouchers actually receives them. Many of the public housing units are aging and are not being replaced and the HUD (Department of Housing and Urban Development) budget is not growing.”

Low interest rates over the last few years have made homes more affordable, but only for those who can actually get mortgage loans. Under current credit conditions, few Americans can qualify for a mortgage. With interest rates rising from their lows and incomes remaining flat, homeownership appears even more out of reach.

Sure, homeownership is not for everyone. It is more a privilege than an entitlement. But what is less talked about is the fact that the cost of housing has become too high even for renters. A recent report by the Harvard Joint Center for Housing Studies highlighted the growing affordability crisis in housing.

The cost of housing has increased on the back of rising rents and falling incomes. Between 2000 and 2012 real median rents (adjusted for inflation) nationally increased by 6 percent, while real median income of renters dropped by 13 percent, according to the report.

Meanwhile, the foreclosure crisis, tight credit conditions and economic uncertainty have forced more Americans to rent. The share of Americans who rent has jumped to 35 percent in 2012 from 31 percent in 2004.

Supply has not been able to keep pace with demand. Despite a recent pickup in construction activity, the numbers of completed projects are well below levels seen a decade earlier.

For extremely low-income earners, the numbers are particularly stark. In 2011, 11.8 million renters with extremely low incomes (less than 30 percent of area median income, or about $19,000 nationally) competed for just 6.9 million rentals affordable at that income cutoff–a shortfall of 4.9 million units. These renters have been crowded out by higher-income households.

Housing policy in the years following the crisis has been focused on providing mortgage relief to struggling borrowers. But policy-makers have made little headway in ensuring that more borrowers have access to credit and the plight of renters has been largely ignored.

A game changer for housing policy could be the appointment of Mel Watt (D-N.C.) as head of the Federal Housing Finance Agency, which regulates Fannie Mae and Freddie Mac.

In contrast to current acting director Edward DeMarco, who has interpreted his role as conservator of the agencies more strictly and has worked to reduce the dominance of the agencies, Watt is expected to do more to support the mortgage market and ease credit conditions.

He has already said he would delay a recently announced proposal to raise guarantee fees on mortgages backed by Fannie and Freddie, a move that would have raised interest rates on mortgage loans conforming to GSE guidelines.

On the rental side, Lazio expects Watt to reinstitute the Housing Trust Fund that was established under the Housing and Economic Recovery Act of 2008. The trust fund was originally expected to be financed by an assessment on new mortgage loans purchased by the GSEs. Under the plan, grants would be provided to states and state-designated entities, with at least 80 percent of the fund used for rental housing; up to 10 percent for homeownership and up to 10 percent for the grantee’s reasonable administrative and planning costs.

However, when the GSEs were taken into conservatorship in late 2008, they suspended payments into the fund.

Now that Fannie and Freddie are profitable again, there have been calls to re-establish the fund. The fund would not require congressional approval, but with the agencies in conservatorship, it would mean diverting taxpayer money from the Treasury and towards the Trust Fund.

As a Republican focused on affordable housing, Lazio himself favors increasing the allocation to the Low-Income Housing Tax Credits, a program that has enjoyed bipartisan support. “It gets private capital involved. The states decide who gets awarded credit. There is no federal bureaucracy. It is flexible, there is no one-size-fits-all approach,” says Lazio, listing the reasons the scheme has won the favor of both parties.

Lazio acknowledges that it is very hard to argue for new spending in the current fiscal climate. His solution is to refocus the mortgage interest deduction so that it targets lower income borrowers and not the homeowners making more than $200,000 a year, whom he contends do not need support.

Eliminating a big chunk of that deduction could help free up billions of dollars, estimates Lazio, part of which could be used to fund Low-Income Housing Tax Credits. But previous suggestions to change or eliminate the mortgage interest deduction have been met with stiff opposition from the housing lobby.

It might take more comprehensive tax reform to see a better allocation of resources to affordable housing.

Still, Congress might actually make more progress focusing on affordable housing than it has in designing the future of the mortgage market.

Determining the role of the government in housing and whether or not there should be a government guarantee is likely to be lost in an ideological battle. But almost everyone is in agreement that the country’s poorest households need public assistance to find housing. So that is one less battle to fight.