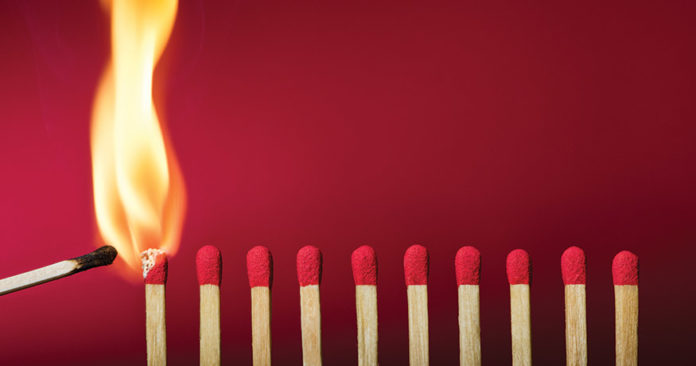 Your own team. They couldn’t care less about ringing rhetoric quotable by future generations. They want to know whether to update their resumes or renew their commitment to the work.

U.S. President Barack Obama is a larger example of the position faced by turnaround CEOs who must sell their agenda to stakeholders through public communications. They must rally their own troops first, before the promises they present have a prayer of coming true.

Obama’s 2014 State of the Union address was delivered before Congress and watched by a global audience. He emphasized opportunity–the minimum wage, education for job skills–and U.S. competitiveness (manufacturing centers, and transportation and infrastructure investments).

Regardless of whether you agree with the content, I was struck by the possible impact of the speech on turning around a demoralized executive branch. The true test of the speech’s effectiveness is not the public critiques immediately afterward, but what its impact will be on his immediate team and thousands of key public servants. The speech had to lean toward them anyway, because his “Year of Action” is designed to bypass Congress. But if they did feel motivated by the speech, their energy and determination as they hustle to take action could even have an unanticipated, counter-intuitive consequence: Positive results, however small, could end up garnering enough public support to influences members of Congress to get back to work with related legislation.

Regardless of a leader’s level of influence (President of the nation, CEO of REIT, or head of a company) or the scope of the communications forum (a national television broadcast or an ad campaign), leaders must speak to the people who aren’t there personally but are hanging on every word.

These are the people who will carry out your agenda, and their motivation rests on what you say to the public. They must explain it to their family and friends. Their reputations are at stake as well as yours.

I care about your work. Your work is important. Obama did this by affirming, not denigrating, public service. Keeping the focus on employees’ work is why new General Motors CEO Mary Barra will talk about cars, not herself, and The Weather Company CEO David Kenny returned science to the center of the company.

I won’t give up and you shouldn’t either. This is a variant of the tongue-in-cheek mock-Latin saying, “illegitimi non carborundum” (Don’t let the bastards wear you down). Opponents and barriers must be put in perspective: they exist, but they can’t stop everything. This is the message Obama was sending to his team when he said of the Affordable Care Act, with a bit of a laugh, “Let’s not have another 40-something votes to repeal a law that’s already helping millions of Americans like Amanda. The first 40 were plenty.” In the audience, you could see Secretary of Health and Human Services Kathleen Sebelius appreciating the message.

Even in the worst circumstances there’s something we can do. Obama said in his speech, “America does not stand still, and neither will I,” of his plan take whatever actions he can that don’t require Congressional participation. Even if these actions are relatively small, I have proposed often that any action is better than none. Keep moving, and change is possible. Even small wins keep people motivated.

I stand behind you. My job is to make yours successful. This message is subtle, but it is implicit in the resolve that a leader projects in stating a plan that will work. Leaders must turn a long-term vision into a practical set of short-term steps that are credible–that’s the essence of turnarounds.

There’s a little nuance to these statements. One mistake leaders make is to act as if big public communications are all about themselves. It’s the Carly Fiorina trap: she put herself in HP ads soon after becoming the first woman CEO, while long-time employees fumed. The team takes the opposite position–they often think that communications should be about them. They will be sensitive to the number of “I’s” versus “we’s” that leaders use.

Yet–and this is paradoxical–teams also want their leaders to be forceful and decisive in taking responsibility for improving the situation. This requires a few strong “I’s,” like “I will.” In this speech, President Obama, who has often been criticized for expecting that Congress pick up and flesh out his broad ideas, was a forceful user of “I will”–a good sign for the implementation of his agenda.

So how do you know when to use “we” and when to say “I”? It’s important to use “we” when describing positive accomplishments and “I” when taking responsibility for stumbles and indicating resolve to make changes. The people on your team know the difference and they’re listening carefully.

Leaders have been learning (though not fast enough) that their ostensibly private utterances and emails can break their careers. Leaders also must understand that their public utterances can make their careers–if they remember their real audience.