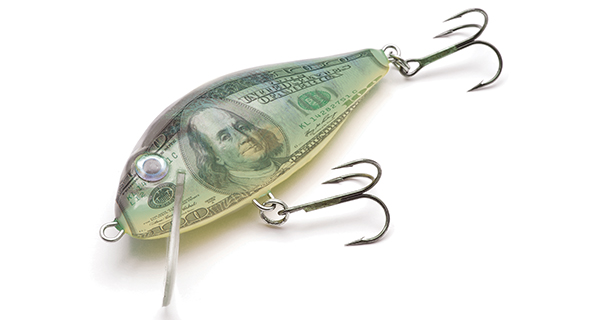 The changes are backed by the building industry but have drawn protests from advocates for low-income tenants.

“It’s a race to the bottom,” said Darryl Rutherford, executive director of the Sacramento Housing Alliance.

Mixed-income, or inclusionary housing policies, require that new housing developments include a certain percentage of units—usually rental apartments—that are affordable to low-income residents. Many jurisdictions around the region adopted such policies in the past 20 years, but developers have chafed under them saying they increase the cost of building.

In 2011, the city of Folsom, Calif. sought to eliminate its inclusionary requirement, arguing that it stymied development and consequently failed to provide housing for any income level. To settle a lawsuit brought by the Sacramento Housing Alliance, the Folsom City Council subsequently agreed to retain the inclusionary provision but reduced the required allocation of units for low- and very-low-income categories to 10 percent from 15 percent.

In January, the Sacramento County Board of Supervisors followed suit reducing its requirement for affordable units in new developments to 10 percent from the previous 15 percent.

Sacramento County’s inclusionary requirement was “a huge roadblock” to development, said John Costa, spokesman for the North State Building Industry Association. Costa said the association has lobbied against inclusionary housing because current programs aren’t effectively addressing the affordable housing issue. In unincorporated Sacramento County, for instance, 263 affordable units have been built under the county’s inclusionary policy since 2004, compared with more than 1,500 units in Elk Grove, where developers pay fees instead, he said.

Developers look at the total cost of doing business, Costa said, and the ability to do business affects where they are able to build. The cost of providing affordable units within market-rate developments is passed on to buyers of the market-rate homes, he said.

Rob Wiener, executive director of the California Coalition for Rural Housing, agreed that inclusionary housing is contingent on development.

“The recession resulted in fewer new units, and it only works if you have new production,” he said. But he and fellow affordable housing advocates say the alternative policies cities and counties are now pursuing hold even less promise.

The city of Sacramento is working to revise its affordable housing policies. One possibility: allowing developers to pay a fee instead of setting aside 15 percent of units for low-income residents.

In a report to the City Council in September, city staff called the current ordinance “inflexible” and said the rules have led developers to construct massive affordable housing projects next to single-family homes—a trend seen frequently in North Natomas (near the airport).

City officials said the fees would give the city an important financing tool for affordable housing projects following the state’s elimination of redevelopment subsidies.

But affordable housing advocates say they fear that the fee won’t be high enough to actually pay for construction of the affordable units.

“We think a mixed-income housing ordinance is a way to develop safe, sustainable, healthy, inclusive communities,” Rutherford said, a way to ensure that people of all income levels have access to good schools, grocery stores, parks and open space.

Wiener lamented that even the city of Davis, long lauded for its affordable housing efforts, is now offering developers alternatives to inclusionary housing. “Davis was the poster child, one of the best in the United States,” he said, “but not anymore.”

Sacramento city planners Greg Sandlund and Tom Pace said the city does not propose to do away with the inclusionary requirement, but instead expand it beyond new growth areas to apply citywide.

They say the proposed fee would be available only to developers of smaller, infill projects. “For larger developments, over 50 acres, there would be some degree of build requirement, land dedication or 10 percent affordable requirement,” Sandlund said.

Sandlund and Pace said the validity of inclusionary requirements for apartment projects has been called into question by a 2009 court ruling in a Los Angeles case that found that city’s inclusionary requirement for a rental development effectively set the rent for the units and ran afoul of a state law that prohibits rent control.

“That is where the development dollars do the most good,” he said.

One thing city officials and affordable housing advocates agree on is the need for more funding for affordable housing. They voiced support for Senate Bill 391, known as the California Homes and Jobs Act, which would impose fees on real estate transaction documents to provide an ongoing source of funds for low-income housing. The bill was passed by the Senate but remains under review in the Assembly.