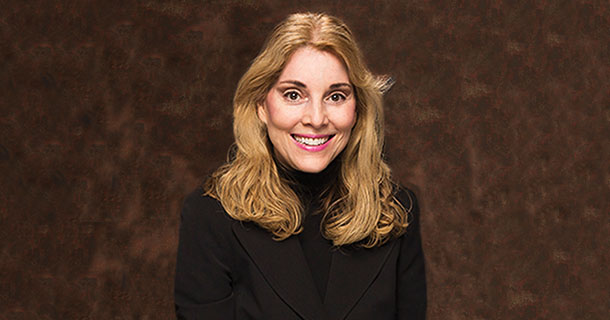 Storytelling may, indeed, be the secret to life. I come from a long line of storytellers. Hailing from a large Catholic family, you either perfected the craft and rose to the top of the dinner conversation pyramid or risked fading forever into pass-the-potatoes oblivion. The competition at our dinner table was serious business.

It became apparent, even to our young minds, that creating a narrative around an event made it memorable and bonded the group through the tale.

Researchers at Stanford may have also come from large, attention-seeking Catholic families because they found that teaching-by-story delivers 63 percent more retention than simply PowerPointing through facts, which only garnered retention in five percent of the audience.

In fact, when a good story is told, parts of the listener’s brain lights up in scans, suggesting that the listener is not only hearing the story, but vicariously experiencing it as it unfolds. Hence, this explains the golden moment of internalization days later, when the listener repeats the story as his own.

Lincoln, one of our country’s greatest communicators, used storytelling to disarm his enemies, ingratiate his constituency and bond with his listeners.

Also trailing back to my upbringing, I have been served well by the guidance to leave those I find along the way a little better for the wear. To that end, I suggest that the stickiness of a tale comes by imparting knowledge, elevating your listener with new information, telling them something they didn’t know or weaving together information that creates an unexpected conclusion. That’s how a story earns its mettle.

I am bedazzled by this issue. As each traveler brings his own context to the book before you, I will only say it is a mighty industry we stand before. I have watched it unfold over the decades and watch it unfold still.

Who would have thought that big data, the precursor to business analytics and  intelligence, could change our lives in such an absolute and profound way? It’s happening now, and it’s permeated our industry.

It has changed the way UDR fixes a sink and has added real big bank to their maintenance line. The analysis of UDR’s data to maximize operational efficiencies is simply crazy brilliant. The data has existed for a while, but the improvements in analytics and technology are just beginning to open the floodgates of profitability.

As well, business intelligence may have turned the corner on our economy.

While the country’s uncertainty gauge looked like a 9-point-0 Richter scale read-out over the last months, Washington policy-making has gone, at least momentarily and comparatively, calmer.

Rising above the noise of lawmakers is the roar of businesses like UDR, who are just beginning to tap into big data to sync up supply-and-demand, and other performance -driven factoids to remove uncertainty and guide their business models. It’s truly a new and glorious day to be in business.

As we all suspected, businesses will be the re-set the country and its economy needs. It only makes sense that business intelligence will lead the way as sword and shield, clearing any uncertain hurdles in its way.

The best thing about the future is that it comes one day at a time, said Lincoln.

And indeed, bright days are ahead as we glean expanses of new data intelligence, still guided by the principles we hold dear.