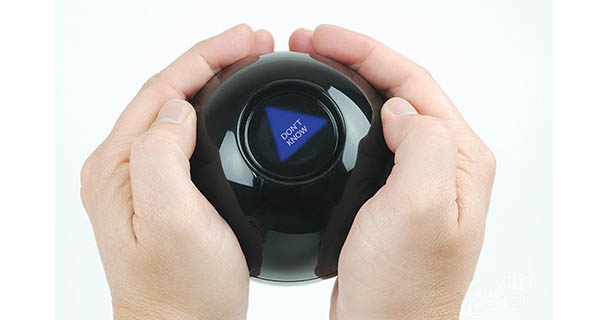 Common sense says that economies, like people, take a while to regain their courage after a scare. Still, other forces, such as bargain basement prices and the chance to beat competitors to the punch, should spur activity once the worst is over. Why do negative forces sometimes win out for so long?

The chief culprit: the “uncertainty trap,” a kind of information void that paralyzes economic players even after economic fundamentals improve.

“Firms don’t like uncertainty,” says Mathieu Taschereau-Dumouchel, Wharton finance professor. “If they are worried about the state of the economy, they are going to stop investing. They are going to wait.”

In a mild recession, a few positive economic signals will bring the economic actors back to the stage. But a deep recession is qualitatively different, he notes, because the signals stop flowing, preventing the very activity needed to generate those signals and turn things around.

To understand that mechanism, Taschereau-Dumouchel and two colleagues developed a mathematical perspective on how the flow of information affects corporate decisions to put money into hiring, new plants, research and development and other investments intended to spur growth. The research is described in the paper titled, “Uncertainty Traps,” co-authored by economists Pablo Fajgelbaum of UCLA and Edouard Schaal of NYU.

In addition to products and services, a healthy economy generates masses of information that companies can use for making decisions. While public attention is directed to big, readily available numbers like economic growth, the unemployment rate and job creation, business executives also absorb data on what other companies are doing. Is your competitor hiring? Opening new markets? Ramping up research and development?

“Intuitively, we envision firms holding bits and pieces of information about a shared fundamental. When a firm invests or hires, its actions reveal information about the state of the economy to other agents,” the researchers write, describing the process of “social learning.” For example, if Apple builds a new factory, that move sends signals to others.

“The production process itself generates information, and this information, at least some of it, is available to everyone in the economy,” Taschereau-Dumouchel says. “When there is a lot of information, it reduces firms’ uncertainty about the economy, which makes more firms invest.”

Waiting for a positive shock

During a small recession, such as the dot-com collapse of the early 2000s, economic activity slows but plenty of information keeps flowing, allowing players to tell when conditions are ripe for investment. “GDP will go down a little bit, but it will recover quickly,” according to Taschereau-Dumouchel. “But when the shock is large, like the one we experienced recently, then we will have a long recession and it will take a long time for the economy to recover. We are basically trapped in that bad state where uncertainty is high and the economy is not producing very much. Everyone is waiting for others to invest, which leads to no one investing.”

In this case, recovery is agonizingly slow unless there is positive shock, such as a breakthrough technological discovery. “Only when that kind of good news hits the economy will we get back to normal,” Taschereau-Dumouchel notes. “Let’s say we discover a new Internet—a big new innovation. That would get us out of the trap.”

Other research has clearly shown that economic players refrain from spending and investing when uncertainty is high. At the most basic level, for instance, the Michigan Survey of Consumers has found that during recessions, consumers cite uncertainty as a reason not to buy durable goods. The researchers used data from Compustat to show that firms did in fact reduce capital investment during those periods that the Michigan survey indicated had high levels of uncertainty.

To establish a baseline, the researchers looked at how a firm would make an irreversible investment decision based on fundamental economic information that only could be “imperfectly observed.” That established a mathematical basis for the common sense conclusion that greater uncertainty would make the investment less likely.

A key factor: The investment decision is not solely based on information that is easily obtained and constantly available, like interest rates or data on economic growth. Instead, it also requires insight into what other firms are doing. “Information diffuses through a simple social learning channel: The higher the number of firms that invests, the larger the number of signals received by firms and the stronger the reduction in their uncertainty,” the researchers write.

Fewer signals lead to greater uncertainty and less investment, and vice versa. But this ebb and flow is not steady. Below a certain threshold, information is so skimpy that investment virtually ceases. That stops the flow of social-learning information, creating a vicious cycle that becomes hard to break.

The authors note that “the long-run response to a temporary negative shock becomes considerably more protracted when the magnitude is above some threshold. The economy quickly recovers after a small temporary shock, but it may permanently shift to a low activity regime after a large shock of the same duration. In turn, a positive temporary shock of sufficient magnitude can put the economy back on track.”

They emphasize in this study that uncertainty is not the simple result of economic volatility. Because social learning is so important, uncertainty can be high even when volatility is low—which explains why downturns accompanied by high levels of uncertainty can be so stubborn. “Because high volatility events are short-lived, models that focus on that type of shock are hard to reconcile with the persistence of recessions. In contrast, subjective uncertainty traps can deliver persistence in a low-volatility context.”

An economic shock that occurs amidst a strong economy can be quickly reversed because the flow of information is high, but the same shock when the economy is weak can have a long-term effect because little information is flowing.

How can policymakers and business executives use this research? According to Taschereau-Dumouchel, governments might be able to help ease the effects of an uncertainty trap with measures like tax incentives to encourage investment—although such efforts are not likely to return the economy to normal except at enormous cost.

Nor is there much a CEO could do to offset the effects of a deep recession, he adds, other than respect the study’s unhappy conclusion: Barring surprises, deep recessions are likely to be followed by torturously slow recoveries. “If we’ve had a very bad initial shock, that can lead to a long recession.”

Worries over the upheaval in Crimea are rising, along with fears of an economic slowdown in China. But another drag on optimism—business uncertainty—is heading the other way.

The reason is twofold: Years of gyrating policy in Washington are giving way to comparative calm. And companies are becoming more nimble, using real-time data to maintain a close watch on their operations to adjust quickly to a volatile world.

On the first front, one gauge of the nervousness—the Economic Policy Uncertainty Index—has dropped to levels not seen since the earliest days of the 2007-2009 recession.

The index has tapered off sharply from its all-time high around the time of the debt-ceiling face-off in August 2011.

The gauge surged again in late 2012, just before lawmakers fashioned an 11th-hour deal to avert the package of tax increases and spending cuts known as the fiscal cliff.

Based on economic news and forecasts as well as tax-code changes, the index has etched a range of sharp peaks and valleys since the full onset of the recession, illustrative of a phase when many executives expressed wariness toward investing or hiring amid the political tumult.

But recent budget deals as well as distance from last year’s spending cuts and government shutdown have sharply diminished the fear of more curveballs from Washington, even as wild cards—like the political turmoil in Ukraine—persist.

“Overall, policy uncertainty has dropped down to normal levels, and this is a key factor helping to restart growth in the U.S. and Europe,” said Nicholas Bloom, an economist at Stanford University, and a creator of the uncertainty index.

On the second front, reams of data have supplanted instinct in driving decisions on everything from hiring and supply chains to shipment orders and routing.

Data allows businesses to “sync up supply and demand as never before,” said Paul Ballew, chief data and analytic officer at Dun & Bradstreet. Market research decades ago involved considerable “trial and error,” Ballew said. “Now there is far more science in it.”