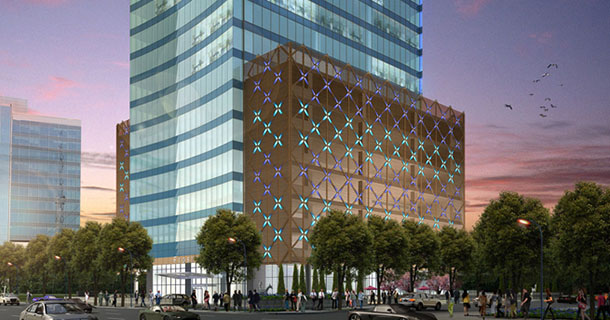 One passing through the Uptown area of Dallas or the Galleria in Houston, might  feel a twinge of envy while wondering how this particular region has been blessed with what appears to be the lion’s share of economic funding.

“We’re just catching up,” says Spencer Stuart, senior managing director of Legacy Partners in Dallas. “There is huge pent up demand in household formation just beginning to surface, and we are looking for opportunities.” Legacy is evaluating sites, which includes going through the paces of feasibility research, contracts, and underwriting due diligence. “We are in the business to make a profit, though getting the equity is and remains the challenge.”

The race is on to meet the newest rental demographic finally entering the market: Gen Y, the 25-to-28-year-old consumer also known as Echo Boomers. “They don’t really need a big apartment. They just want to be independent,” says Stuart. “A small unit in a densely-populated urban area is going to do well over the next few years.”

Stuart’s bullish view may belie the concerns of others as the volume of units steadily rises across many Texas cities.

Mike Puls takes a more conservative view. A multifamily strategist for 30 years, Puls agrees with his client, Stuart, as to the marketplace’s fiscal potential in targeting the incoming Gen Y consumer. Still, he remains cautious, “Twenty-five year olds are where it is at, especially in the urban core. In Dallas, there are 28,000 apartments at various stages of development, with 15,000 homes in lease-up; 13,000 units remain in construction. Of that, 70 percent of the assets are one-bedroom units which equates to 10,000-plus apartments. That’s a big number.”

Both agree that today’s urban infill housing veers toward the latest micro trend of 300-500 sq. ft. one-bedroom units. It’s a direct response to what the market can bear in rents and other rising costs, while hedging associated risks.

Under such economies, the developer frequently needs to charge $2.25 to $3.00-per-sq.-ft. to ensure capitalization rates required by lenders. Construction costs are more difficult to predict and small units are more expensive to produce since core components such as plumbing, HVAC, and wiring are relatively higher per square foot. And to solve lease-up challenges, the builder often offers short-term concession-based pricing which then encourages a cycle of consumer transiency chasing better rents.

Once the property hits renewal schedules it can unleash resident flight. Compounding this, costs are unpredictable but guaranteed to rise, including increasing insurance, property tax, and operating expenses, leaving the inherent question, “How will they get the needed yield?”

Puls’ tempered ardor is exasperated by what may be the elephant in the room: Gen Yers often can’t afford their own apartment and group into two-bedroom plans. “Entry-level consumers are motivated by price. They need to qualify for an apartment.” Puls points to his personal market data from more than 570 projects in 116 cities.

Considering the average earnings of Gen Yers in this region, said prospect will only qualify with 18 to 22 percent rent-to-income ratio; the industry standard is 30 percent. This income ratio was launched by Housing and Urban Development (HUD), and the industry endorsed the formula. The quandary is that the market truly dictates the lower value to ensure integrity of return.

Still, Puls relies heavily on data from the U.S. Census, Bureau of Labor and Statistics, Texas Workforce Commission, the Federal Reserve and the likes to draw metrics that build conclusions on projected performance. In fact, he is a frequent speaker to lenders on the topic of statistical market development and economic trends, and considers himself a financial consultant with a heavy focus on market research.

As a result of the recession, funding sources have changed making a by-the-numbers approach to development necessary, even mandatory. The old guard relied on influential local players with long-standing reputations and relationships. Today, the game is controlled by national, international, institutional and non-industry related wealth. Performance metrics and projections derived from data analytics and market research are needed to get a deal done. Such sophisticated analysis now comes from big data sources such as market-wide rent summations compiled with operating costs, infused with lease opportunities and benchmarked around building costs and future operating schemes.

And it’s about to get even more complicated. Regulators are now in charge and loans must be well capitalized. Thanks to banking regulations under Frank Dodd Act, to qualify for funding, the analytics must not only be there, but validated for accuracy.

Previously, descriptive analytics worked fine when vying for funding. Past performance was sufficient to assure success in the next phase of economic development.

“Traditional development based on historical data relies on internal research and management to validate its conclusion,” Stuart says. “Management produces their own in-house reporting, however self-facing. If you want to be ahead of the curve, you must be willing to invest in big data analysis.” He adds, “Oh, and be willing to set your ego aside on results that might not go your way.”

A pillar in the Dallas development community, Stuart, is a self-prescribed technophile and challenger of the status quo. He tends to drill down on the formulas often overlooked. Stuart suggests that while there is a cost involved to using a data analyst like Foley and Puls, there is often great revelation from the research.

In the future, economic conditions and lending requirements may compel the multifamily industry to adopt predictive analytics. The need for statistically-informed forecasting is imperative to align multifamily product with an ever-changing demographic and economy. Such data will also bolster projections, even accounting for external influences such as household formation rates and regulatory impact, that bring both risk and opportunity. Predictive models drawn from transactional data deliver trends and patterns for profitable business. Such insights refine equitable decision making as tomorrow’s apartment owners and manages navigate evermore fluid market conditions.

Tougher loan servicing standards, unforseen competition and transient residents bolster the need for informed business decisions explained Stuart. “Once there were projects that were shovel ready, but those days are long gone. Nothing today is being developed within the old formula.”

Stuart cited one example where predictive models formulate next-stage planning. “Which floor plans get the fastest rent increases? That indicates the highest demand and absorption. We must account for demographics such as those households with incomes of $100,000 to $250,000 in a 3 mile radius.” This economic demographic might sound a bit out of range for the typical apartment dweller, but targeted millennial consumers of rental housing demand a new product line and developers are in the throes of responding.

Williams adds, “Everything being built in the Dallas market is in the Class “A++ category. Core interior amenities are extremely elevated such as crown molding, garden-style tubs and baths, chef-level kitchens and many other upgraded touches. Community amenities are also extreme. It is not unusual to see a $1 million exercise facility, infinity pools, outdoor kitchens, even items such as an on-demand filtered water station in each hallway.”

Williams does suggest that new is a short-lived concept in the world of apartments. “Existing A properties are struggling to compete with the next big thing available at the community opening down the street. The stakes just keep getting higher.”

Are there already pockets of overdevelopment? Williams says, “In some sub-markets there will be oversaturation. We already see the average locator commission going up. Rental concessions are already on the rise with only 20 percent of the product delivered. So here it goes.”

“History is ladened with boom-and-bust cycles, we are notorious for that,” says William. “But this time around, Texas appears to be a unique market and it seems to have an insatiable need for product. And our associates are willing to deliver.”

To ensure operational success, predictive research and analytical controls are the way of the future. But cold, hard data must be warmed up and presented in the morning’s light, mostly in actionable terms.

Puls often reminds himself of familiar  principles he’s used in his 34 years in banking, development and multifamily. Peter Drucker’s Practices of Manage-ment is brought to each meeting and product justification.

Drucker suggests balancing product delivery with demand and competing supply. “Unfortunately, the apartment development business frequently finds itself out of step with this concept,” Puls muses. “Being politically correct is not my style. At 62-years-old, I am more interested in the reality of the marketplace. When I point out the fact that 33 percent of your units are in one type and 44 percent in another, compounded by the fact that the competition is in the same product, sometimes the developer doesn’t want to hear it. But how, then, can they make it work?”

Puls cites the likely suspects: predictive data analytics, demographic profiling, traditional community-based marketing, and lending requirements, that were used as he discerned a floor plan mix and unit amenities on one particular property.

A recently-completed project was common to most any high-rise project in any major city in the U.S.: One side of the building delivered a luxurious downtown view; the other side, the commercial district with extended, undisturbed panoramas extending deep into the suburbs.

Pul’s idea was to scope dramatic, horizontally-enlarged units, complete with enhanced narrative to support the needed premium for said palatial, executive accommodations, simultaneously, reducing the depth of the opposing, less desirable side. According to Puls, the proposed unit mix will far exceed the average market values per-sq.-ft., resulting in better rents, competitive value, improved market performance and a higher yield.

While Puls strategy is an exception to the standard course in the Dallas market, his forward thinking is unique in this historically risk-averse community. A success based on unit mix and product type seem to, at present, balance current inventory with income- driven demand and competitive inventory.

Still, Williams predicts change is coming, albeit slow, “It is going to be a while until data mining will truly be successful. Our five- year-forward review was obliterated by the recession, as well as the associated fiscal concerns. It brought with it unpredictability in economic forecasts, job growth, consumer credit-worthiness, and escalated regulation. The renter profile is changing rapidly, so making an investment in that demographic is very much like the current stock market stability or lack thereof.” He adds, “The government position is changing, young people are more transient and home ownership is not an admired position. If I were to take a stand, the multifamily market has a sound future, even taking into account the conundrum that the shadow market in single family home rentals add to the picture.”