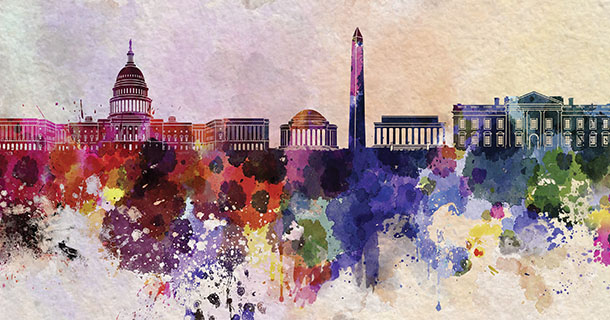 A number of the nation’s larger owners and operators also led discussions and attended the two-day event. The gathering focused on those greatest challenges facing the multifamily industry including rising energy costs, growing regulations, and best practices for conservation and cost containment.

The by-invitation forum was sponsored by Costa Mesa, Calif.-based NWP Services Corporation in collaboration with the Utility Management Advisory (UMA), a consortium of multifamily professionals who drive successful operations guidance to both policy makers and property owners.

Much of the discussions centered around how to increase operations cash flow even as some market fundamentals remain positive: rents are tight in many regions and household formation is expected to grow.

Still, while landlords are commanding record level rents, utilities are also on the rise. Any gains property owners may make in rent gains are quickly subdued as the job market continues to tighten, hourly wages fall and inflation ticks upward according to the Federal Reserve reporting for Q1.

Experts predict that household formation will expand to create nearly 3.5 million new households at a rate of 1.2 to 1.4 per year for the next several years (Marcus & Millichap). The number of new households in the country’s top 82 metropolitan areas grew even more rapidly at a full percentage point in 2013 according to Reis.

With this growth comes added demand for power and water just as the country seeks ways to coax more usefulness from its creaky grid and drought-hampered regions.

Katie Teller, operations research analyst at the DOE, affirms the need to find solutions in order to mitigate rising utility costs. Notwithstanding the pent-up demand of household formations and its associated costs, there are other pressures on our resources that cause the cost of doing multifamily business to rise.

The cold winter led to spot increases across the country and large drawdowns in storage which sent prices upward. Lower inventories will continue to affect prices and natural gas markets into the near future, said Teller.

One seeming irony of utility costs is that even as the cost of electricity continues to rise, consumption has tapered off, even remaining flat for the last six years. This is, in large part, due to the recession and improvements in efficiency. Homes, offices and factories consumed a total of 3,831 billion kilowatt-hours of electricity in 2013, generally unchanged from the 3,816 billion in 2006 according to the EIA.

Consumption has slowed every decade since the 1950s, even through accelerations such as the introduction of modern appliances and air-conditioning.

In the 1950s the growth rate of electricity consumption was 9.9 percent, year-over-year. Through the years, consumption edged downward until the recession when it plummeted to 0.7 percent growth, and most recently, 0.5 percent.

The fact that consumption has remained flat through U.S. population growth and electrification of the country is due in large part to federal and state energy efficiency standards for new buildings and appliances, coupled with behavioral changes stemming from higher electricity prices.

The 1-100 Energy Star score is just one way EPA has wrapped a brand around conservation. Among the most highly recognized brands in the U.S., Energy Star has certified billions of square feet of space across thousands of commercial buildings as being among the most energy efficient in the country.

The cornerstone of the Energy Star program is benchmarking, and EPA has found that buildings that consistently benchmark energy use have saved an average of 2.4 percent per year, said Michael Zatz, chief of the Market Sectors Group in the EPA’s Energy Star Commercial & Industrial Branch. If all commercial buildings in the U.S. followed a similar trend, over 18 million metric tons of carbon dioxide equivalents could be saved each year.

The Energy Star program helps property owners and managers reduce energy consumption through a holistic approach, says Zatz. The program’s success comes from following a staged approach known as the Guidelines for Energy Management, which includes benchmarking to identify properties with the greatest potential for improvement, and advocates operations and maintenance improvements, behavioral change, as well as technology upgrades and retrofits.

Many multifamily owners and operators have never benchmarked the energy performance of their buildings. And while the Energy Star program recommends benchmarking the whole property, owners and operators wishing to do so frequently lack the energy data for the whole property since tenants often pay some or all of their own utility bills. Thus, they have little or no access to building energy-performance information that can help shape real estate decisions. Similarly, this lack of information hampers the ability of state, local, and Federal policymakers, as well as utilities and lenders, to inform the development of policies, incentives, and financial vehicles to advance energy efficiency.

Launched in 2000, Energy Star Portfolio Manager is a free online software tool that helps multifamily owners and operators track the energy and water performance of their properties, as well as track changes in energy and water use, costs, and greenhouse gas emissions over time. As of December 2013 over 325,000 properties, including more than 19,000 multifamily properties, have been benchmarked in Portfolio Manager says Zatz.

The Energy Star 1-100 score, which is accessed within Portfolio Manager, provides an easy-to-understand assessment of the energy performance of a property relative to that of its peers from across the U.S. It takes into account differences in physical and operating characteristics, as well as weather, to provide this national comparison. EPA is currently completing work on 1-100 score for multifamily properties, and anticipates releasing this new metric in Portfolio Manager in Fall 2014, with a preview webinar to be held in the summer. The release of the score will also allow existing multifamily properties scoring 75 or higher (placing them in the top 25 percent of multifamily properties in the country) to earn Energy Star certification.

The Energy Star score evaluates a property based on it’s actual, billed energy use for the entire property. It is calculated by comparing a property’s predicted energy use (estimated based on the physical and operating characteristics of the property) to its actual energy use. It doesn’t sum the energy used by individual pieces of equipment, evaluate buildings relative to others in the Portfolio Manager, or adjust based on technology choice or market conditions (such as energy price). Furthermore, it is meant to explain how a property performs, not why it performs that way. For information on why a property performs in a certain way, EPA suggests an energy audit as the most appropriate activity.

EPA hopes to encourage multifamily businesses to develop a strategic approach to energy management, while conveying information about energy performance in one simple metric that can be understood by all in the organization, as well as residents. Such data will also be valuable in future infrastructure planning and assessments.

Still, the person benchmarking a building in Portfolio Manager needs to get that data somehow, and then they enter it into the tool. In some cases, they get it from multiple utility bills. In other cases, where available, the utility will provide them an aggregate number for the entire building that includes all of the common area and resident units. In others, the property is master-metered and so the operator already has this data.

But in many cases in multifamily, none of these situations exist, and so the owner/operator can’t get the whole property data. This is the single biggest barrier to benchmarking in multifamily, and is one that many people are working hard to try to overcome. It is going to take effort and time.

EPA partnered with Fannie Mae in 2011 to conduct the survey needed to gather the data for development of the multifamily Energy Star 1-100 score, and Fannie Mae has indicated that one of its goals is to incorporate energy and water performance into its underwriting process. A more recent partnership between EPA and Freddie Mac also includes a goal of Freddie Mac incorporating energy and water performance into the underwriting process. In addition, EPA is partnering with the U.S. Department of Urban Housing and Urban Development (HUD), and through this partnership HUD is working to not only incorporate energy and water metrics into the Capital Needs Assessment (CNA) process, but to explore the potential to use Portfolio Manager as a tool to streamline utility cost reporting from public housing authorities (PHAs)

Energy Star also partners with the EPA’s WaterSense program, a program similar to Energy Star that identifies the most water-efficient products on the market. This partnership is aimed at assisting owners and operators in measuring and tracking water use, with a goal of reducing use and associated costs through best practices and efficiency solutions.

At present several organizations electronically exchange data with the EPA through Portfolio Manager. The first of the multifamily utility billing providers to adopt and provide an automated direct interface with its data with the agency, NWP has been part of the program for about three years. Through this exchange, both companies deliver energy performance scores and metrics to its customers, and streamlined access to Energy Star benchmarking. This simplifies continuous energy management across a portfolio or properties.

Launched in 2006 by EPA, WaterSense is a federal initiative to encourage water use efficiency and create a nationwide ethic of conserving water. Water shortages are expected in 36 states in the years ahead and residents will continue to be plagued by rising water bills. Most communities are already finding it hard to make the necessary infrastructure investments to abate the impact of such shortages.

Communities across the country are starting to face challenges regarding water supply and a need to update aging water treatment and delivery systems. Many of the states with projected population growth increases also have higher per capita water use and can expect increased competition for water resources.

A WaterSense-labeled community will have reduced overall water use by 20 percent. Much of this savings comes from outside water use where most waste occurs. More than 10,000 product models have already received the WaterSense label including faucets, irrigation controllers, showerheads, and tank toilets.

The WaterSense program has already saved over 467 billion gallons of water since 2006 according to Schein. Because the pumping, treatment and delivery of water requires electricity, he estimates that the program has also saved over 64.7 billion kilowatt hours, or enough to supply a year’s worth of power to 6.1 million homes. Overall, the program has saved consumers over $8.9 billion in water and energy bills.

Multifamily communities that are three-stories are less, or mixed-use buildings including rental units with independent heating and cooling, as well as separate hot water systems are eligible for certification.

The requirements for a WaterSense-endorsed community include apartments with WaterSense labeled products, leak prevention and service pressure, efficient use of water in common areas, submetering and monitoring technology, hot water distribution and third-party certification.

Approximately 30 percent of a community’s water is used outdoors and the majority of this is wasted on inefficient irrigation systems. In addition to certifying properties, the WaterSense program also offers best practices in the efficient use of water for apartment communities.

The presiding theme of the federal agencies, even the summit, was the latest models for energy conservation. The national trend of rising costs, stressed supply and a growing population leaves apartment owners little other choice when containing costs.