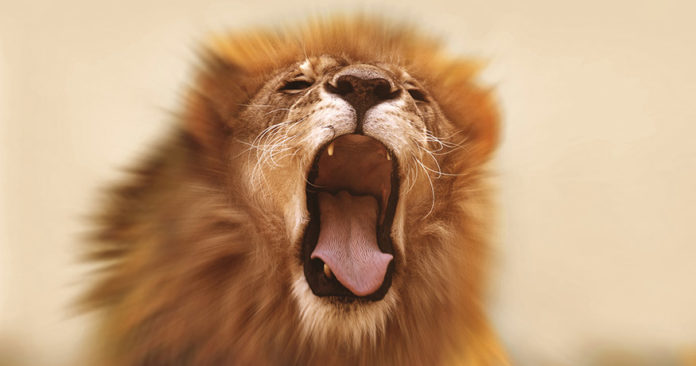 Indeed, the world is an unbelievably amazing place, rich and beautiful and full of wonder.

Still, some things may simply be too hard to believe, like sleeping in a tent on the Masai Mara in Kenya. While the sound of lions and other creatures hunting and hunted in the pure darkness of night is somewhat unsettling, one eventually falls asleep from shear exhaustion from fear. I wouldn’t have traded a minute.

Did I mention that the Masai Mara holds one of the highest lion densities in world? Of all the places to pitch a tent, that was definitely one of them. Because you can hear a lion’s roar up to 5 miles away, you sometimes get a chorus as though you’re surrounded. They are regal beasts, capturing the attention, even reverence, of all the other creatures in the bush for just their presence.

It may also be like the chorus of roaring cranes on the horizon of cities across this great country. At first glance, such activity might be hard to explain with an anemic economy scenting the air. The correction, underway since the housing bubble burst, is far more severe than the overbuilding that preceded it. In fact, if the fix was to work through the 2.1 million extra single-family homes created during the boom, the correction would have been made by 2010.

What has changed is the demand and it is a great chase by multifamily housing.

Everything from trickling household formation to student loans to constricted lending have been credited for the shift in our country; even so far as to blame the thrust of apartments for the slowed economy.

It did cost an average $102,000 to build a new apartment unit last year according to census data, compared with $224,000 for each single-family home. And Moody’s Analytics estimates that every single-family home constructed creates 3.7 jobs over the course of a year, compared with 1.8 jobs for each multifamily unit. But our country has changed and to ruminate on years gone by means our eyes are affixed to the rearview mirror.

Multifamily is the new normal and the 1.8 jobs are a glorious site on a barren field.

In Q1, housing starts for apartment buildings was 39 percent according to Haver Analytics, the highest since February 1974. Something’s very different.

Much of the MHP issue in your hands speaks to the result of the reshaped world of apartments and its sway on the economy. It’s a new day across many cities in America, thanks to multifamily.

Wendy Broffman’s “High-risers” suggests that 2014 is the year of the luxury high-rise, while Peggy Shaw’s “Build it and they will come” reports that Q1 earnings calls were bustling with development news as REITs cut to the chase in generating jobs and cash flow.

Some things are hard to believe, but it is a choice. It’s a good time to believe in the ­apartment industry, the lion of the economy.