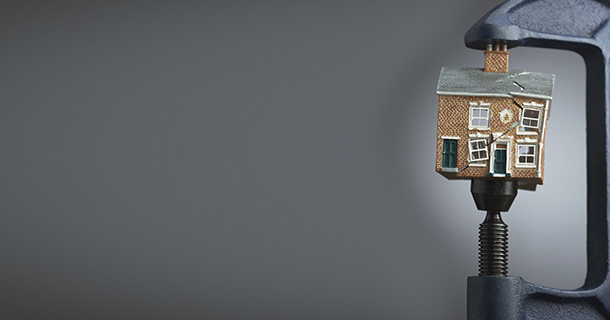 The state laws regulating rent and co-op conversions expire in June 2015. Republicans in the Senate have long resisted efforts by Democrats and tenant advocates to strengthen those laws to make it more difficult for property owners to move their apartments onto the free market.

About a million units citywide are covered by rent regulation, but advocates estimate that tens of thousands fall out of the system each year.

De Blasio and a coalition of housing and tenant advocates are planning a push in 2015 to persuade lawmakers to repeal the 43-year-old Urstadt Law, which puts the city’s rent rules in the state’s hands.

“These issues—like rent regulation, mayoral control of education—are coming up again,” de Blasio said in June. “And this current Senate leadership has not been, in general, sympathetic to New York City. And it’s time for a change.”

Political winds are at tenants’ backs. Earlier this year, Sen. Jeff Klein agreed to bring his breakaway group of Senate Democrats back into the party’s fold after the November election. Gov. Andrew Cuomo, who had been seen as preferring Republicans in charge of the Senate, gave the reunion his blessing under pressure from the Working Families Party. It may result in Senate Democratic leader Andrea Stewart-Cousins replacing Republican Dean Skelos alongside Klein at the Senate’s helm in January, with pro-tenant legislation at the top of her to-do list.

“Stewart-Cousins understands the importance of strengthening, and not just renewing, the rent laws, because she has rent-regulated tenants in her district,” said Jaron Benjamin, executive director of the Metropolitan Council on Housing. “We feel more comfortable with her leading the charge.”

Among the changes that tenant groups want is the removal of a provision that lets landlords take units out of regulation if they are vacant and the legal rent reaches $2,500 a month. Stewart-Cousins is the prime sponsor of a bill to eliminate what is called “vacancy decontrol.”

“I don’t know the specific forms of legislation that would be proposed by a new Senate,” said Assemblyman Joseph Lentol, D-Brooklyn, who has sponsored tenant-protection bills. “But I have no doubt that if the New York Senate wins a Democratic majority, the lack of affordable and low-income apartments will be a top priority, via vacancy protection and other measures.”

Landlords are on high alert. They are predicting a huge blow to the real estate industry, and maybe to the city economy, if the Democrats win this fight.

“There are three things that drive the city economically: Wall Street, tourism and real estate,” said Joe Strasburg, president of the Rent Stabilization Association, which represents 25,000 property owners across the five boroughs. “If any of those pillars fall, then you’ve got a real debacle.”

He added, “If you create a chilling effect with policy, not only do you undermine investment and strangle the goose, in terms of real estate, but you may actually have an impact on the other two pillars.”

Other real estate insiders are less apocalyptic. “It would probably worsen conditions at existing rent-controlled properties,” said one executive. “And it would make some existing apartment buildings lose a lot of value and curb speculation on decontrol—but it wouldn’t necessarily put a freeze on new development. Why would it?”

There is a hitch in de Blasio’s plan. During a debate, Klein balked when his Democratic primary opponent, Oliver Koppell, asked whether he supports repeal of the Urstadt Law.

“I will weigh every issue as it comes,” Klein said during the televised debate. “I support rent stabilization; I support everything that protects tenants. I think we need to take a good hard look at the MCI (major capital improvements) law. There’s a lot of things that are out there.”

When Koppell repeated the question, Klein insisted that he had answered it. If the Urstadt Law were repealed, the City Council and mayor would likely enhance tenant protections at the expense of landlords, whose interests have long been defended by Senate Republicans. The MCI provision, for example, allows landlords to recover the cost of building improvements by raising rent, sometimes by enough to yank apartments out of rent regulation.