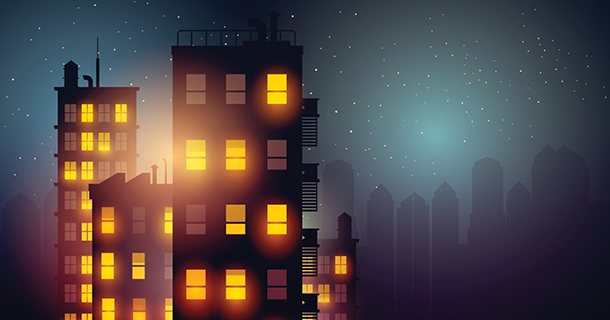 Driving this strong demand is an increase in the number of renter households, which has pushed apartment vacancy rates down to the lowest level since 2000, and on average, inflation-adjusted rents in the U.S. have returned to their prior peak levels of 14 years ago, according to Freddie Mac’s latest U.S. Economic and Housing Market Outlook.

Going forward, Millennials will continue to play a critical role in shaping housing demand over the next five years, according a new report by The Demand Institute. They are projected to spend $1.6 trillion on home purchases and $600 billion on rent, more on a per-person basis than any other generation in the next five years. Millennials will account for one in every four dollars spent on housing over this period.

According to the report, there will be 8.3 million new millennial households formed between now and the end of 2018 as these young adults increasingly venture out on their own, and most of these new households will be renters, according to the Demand Institute, a think tank jointly operated by The Conference Board and Nielsen.

“One important difference between Millennials and young adults in previous decades is the unique financial challenges of home ownership today, resulting from graduating into a weak job market with growing student loan debt,” said Jeremy Burbank, VP at The Demand Institute and Nielsen.

By necessity, Burbank said, many Millennials are exploring alternative approaches to housing finance, including single-family rentals and rent/own hybrid contracts such as lease-to-own.

Stepped up flow of money

Despite a slow start in the beginning of this year, multifamily lending also has surged to support stepped-up investments.

According to CoStar COMPs data, multifamily sales were 52 percent higher in the second quarter this year than the same quarter a year earlier.

With interest in multifamily financing remaining strong, coupled with permanent financing needed for the new construction pipeline completing during the second half of the year, overall multifamily lending activity volume should be on par with last year’s level or perhaps up slightly, according to Kim Betancourt, director of economics of Fannie Mae’s Multifamily Economics and Market Research group.

Most multifamily market participants stepped up their financing activity during the first half of 2014, but at a lower overall level than a year ago, Betancourt added.

Second quarter 2014 saw increased activity from most market participants including life insurers, banks and thrifts—picking up some of the intentional slowdown in mortgage buys from Fannie Mae and Freddie Mac, via the Federal Housing Administration.

Fannie Mae acquired $8.1 billion in multifamily mortgage loans and Freddie Mac acquired $7.1 billion during the first six months of this year, compared to $16 billion and $13.5 billion, respectively, during the same period last year.

According to the American Council of Life Insurers, during the first six months of 2014, the life insurers’ multifamily commitment volume totaled $7.8 billion, up from $6.7 billion in the first half of 2013—keeping them on an annualized pace to repeat last year’s record-breaking $16 billion in multifamily loan commitments.

In September, an annual Census Bureau survey showed that the U.S. added just 476,000 households in the year ended in March, compared with an average of 1.3 million in each of the prior two years.

Either way, for the most recent year, both surveys “show disturbingly slow growth,” said Thomas Lawler, an independent housing economist in Leesburg, Va.

The surveys may help shed light on why the housing market hasn’t recovered as steadily as many had expected over the past year. Sales and construction of new homes are barely running ahead of last year’s pace, though the vacancy rate for professionally-managed apartments has fallen to a 13-year low, according to real estate data firm Reis Inc.

Additional calculations of the same annual survey from Jed Kolko, chief economist at Trulia, show that the U.S. population grew by 2.3 million last year. If household formation continued at the rate of the past few years, the U.S. would have added 1.2 million households last year. Instead, Kolko’s calculations show it added just 425,000—and nearly all of them renter households.

Kolko found that the share of young adults living with their parents ticked down last year, which is good news. The bad news: They didn’t form their own households, perhaps moving in with other relatives or friends. This helps explain why the homeownership rate for 18-to-34-year-olds continued to fall last year.

Indeed, the data had pointed to signs that the homeownership rate for millennials had stabilized last year after accounting for the growth in renter households. But Kolko said the latest survey shows that the millennial homeownership rate declined against last year. Around 13.2 percent of 18-to-34-year-olds owned homes in the year ended March 2014, down from a peak of 17.2 percent in 2005 and 13.6 percent in 2013.