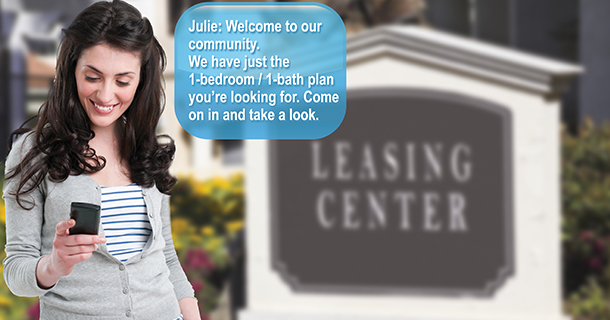 It used that determination in its marketing—”Hampton Inn” people were targeted one way, while those who fit the profile of the Waldorf Astoria were approached in another.

Then the company had an “a-ha” moment.

“That wasn’t the right segmentation,” Mark Weinstein, global head of loyalty and partnerships said. “The right segmentation is consumers’ travel needs. You may have a wedding at the Waldorf Astoria, a business meeting at a Hilton and be the same person who would show up at a Hampton Inn.”

Although a lot talk about the promise of analytics centers on “big data,” Weinstein said the challenge isn’t so much obtaining data, it’s having the right data. “The second challenge is: What are you going to do with the data?” he noted. “If I know somebody who has a preference or is inclined to do something, I need to have the capabilities to act against that.”

Hilton also has to focus on what part of the experience it can optimize for customers and what options it can put in their hands. “If I know you prefer a pink duvet cover, I have no way to deliver that to you,” Weinstein pointed out. He suggested that the ideal way to use data is not so much to decide for consumers exactly what they will want based on their data profile, but to use data to personalize and curate a list of options.

Hilton’s efforts have been bolstered by the many partnerships and loyalty programs it has with companies in other industries, such as airlines and banks. “We try to figure out what triggers certain behaviors, and we find the strangest correlations,” Weinstein noted. For example, the company knows from its airline partners that people tend to book a hotel after they book an airline ticket and that the hotel has only about a half hour to bring in that customer.

Also important is not just figuring out why a consumer engaged in a certain behavior—what Weinstein called “the lagging indicator”—but to look at customer interactions and figure out what might happen next. That is, it looks at “leading indicators” that could help the company figure out if someone is about to make a purchase and needs an extra push, or if a customer is about to give up on a brand and needs a reason to stay.

“A customer may have taken 20 trips with us in the past year, but we might look at the data more carefully and see that he or she is taking 40 trips with someone else—suddenly the metric doesn’t look so good anymore,” he noted. “The metric may be fine, a customer may be satisfied with a certain transaction, but it may be the seventh time he or she called. You may be satisfied and like our brand—but you may love someone else’s brand.”

Investing in the lifetime value of the customer takes a different perspective, Weinstein said, and in some cases it might come down to the question of: “Would you rather make a dollar today, or would you hold out for two dollars tomorrow?”

The answer to that question is continually changing based on the market. During the recent recession, when tourism was lagging, Hilton would have taken the dollar today, he said; now that travel demand is outpacing supply, the company has the freedom to do the opposite. “The reality is you can only talk about the long-term horizon if the short-term horizon is being taken care of,” Weinstein noted.

At home shopping network QVC, customer analytics are gathered—and acted upon—in real time. During the broadcast, a line producer is constantly looking at data concerning phone calls or sales coming in and is suggesting changes to impact behavior.

“They’ll say, ‘Take a testimonial call,’ because that’s been proven to make sales go up,” said Peter Goodnough, the company’s vice president of consumer insights and analytics. “In the digital age, we’re trying to take this framework for loyalty—this very analog, very human, very high-touch method—translate it mathematically and optimize that experience online.”

The company relies on 28 years of consumer data to predict what a particular buyer’s future value will be. Although QVC doesn’t have a formal loyalty program, “we’re built around an intense level of customer loyalty. Our average customer spend is more than that of Amazon or Zulily,” Goodnough said.

Although about 48 percent of purchases from QVC today happen online, the company still relies on tried and true methods to encourage customers to buy and minimize regret of a purchase once they make it.

Goodnough noted that the very best customers of QVC aren’t watching the channel for hours at a time—instead they check in several times a day for a few minutes at a time. The channel actively advertises its phone number, he added, and makes sure that there is always somebody free to talk to customers, whether via phone or in an online chat.

“We have a low-high pricing strategy.” The first time a product appears, “that’s the lowest price it will ever be. If something is ‘today’s special value’ it will never be offered by QVC at a lower price for the bundle that’s being offered.” While the company’s “easy pay” installment option is frequently mocked, it is key to minimizing guilt over a purchase and allowing customers to afford aspirational goods.

Goodnough acknowledged that there are a lot of barriers that “need to be removed before we can really start to take advantage of the significant data sets we have.” But working context and quality of experience into metrics is more important than ever.

“The beauty of QVC is that we understand the success or failure of an item,” he said. “There is no question whether it’s working well or not. One of the biggest hurdles is the fast-failure component of knowing when to stop, and how to focus on those most important things and having criteria for when you’re no longer going to do something because it’s not likely to end well.”

In the past, the loyalty programs at casinos resembled what you might see in a Hollywood movie. “You know a guy and he takes care of you,” explained Joshua Kanter, senior vice president for revenue acceleration and total rewards at Caesars Entertainment Corporation.

Today’s casino executives have introduced measurements that allow them to look closely at transactions and customer behavior. “We can learn at least two things,” Kanter noted. “How big a customer is this? And then, if we’re really thoughtful and careful about what the information is, you can figure out what they like.”

Caesars is an $8 billion company that owns and operates more than 50 casinos and hotels worldwide. Kanter said 85 percent of revenue could be tied to “individual consumers on individual days playing specific games.” The company’s “Total Rewards” loyalty card is the primary way it ties spending to particular customers.

Caesars has been very successful at spurring customers to use the card while gaming at the casinos, though less so at getting them to use it for non-gaming activities at its properties, such as restaurants, Kanter noted.

“We think of customers along several dimensions. There is a loyalty tier structure: Elite customers get special treatment and special access; they get invited to special experiences and to specific things they said they like.” He added that casino operators are evaluated and paid based on customer satisfaction. Customers are asked to grade their experiences on an A-to-F scale, and more weight is given to the views of high-value customers.

Beyond analytics, Kanter noted that Caesars has built structural advantages to improving the customer experience. Historically, casinos were standalone businesses, each with its own management team, from the CEO to regulatory personnel. The consolidation initiated by Caesars (known as Harrah’s from 1995 to 2010) has allowed the businesses to combine operations and create a single view of the customer, even if that person is visiting multiple properties.

“The fact that we can tie so much of revenue back to customers, there’s a lot of power in that,” Kanter added. “The nature of our offering is that it’s a multiple industry. It’s not just gambling or restaurants, it’s not just spas and golf. We’re all of that—which allows us to see more than just one sliver of somebody’s life.”

Caesars has also expanded its online gaming offerings as consumers have gravitated in that direction. Kanter said the goal now is to create links between the online and offline spaces in a way that doesn’t disrupt either of the businesses. The company is in the process of launching a loyalty program aimed at its online games, which can also be connected to its offline loyalty card.

He noted that in the case of the offline loyalty program, “only 10 percent of what we give customers who participate is published. The other 90 percent is totally discretionary, which allows us to tailor the offers, communications and experiences to customers and what they like.” It also empowers employees to play an active role.

Asked how the company protects customer privacy when collecting data, Kanter said he tries to keep two key principles in mind to “guard against creepiness… We want to make sure that, whatever we are collecting, we can explain to ourselves and to the customer how the data is being used for the enhancement of the customer experience,” he noted. “The second is the sunshine test: If all of our data-collection practices were out in the light of day, if everyone could see them, would we be comfortable with that? If we’re not comfortable, we must be doing something wrong.”