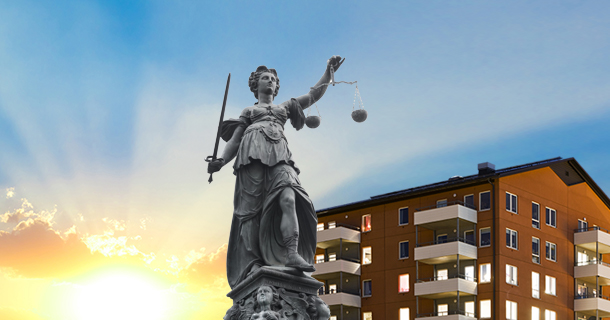 There may be many reasons for a racial disparity in home loans—for example, financial qualifications—that have nothing to do with discrimination. Yet businesses routinely settle when hit by disparate-impact claims because the reputational cost of fighting is too great. Team Obama has gone to great lengths to avoid a Supreme Court ruling on disparate impact in housing, but this year the Justices have taken such a case.
– Wall Street Journal, Nov. 2014

On January 21, the U.S. Supreme Court is scheduled to begin oral arguments in a case that may decide the fate of disparate impact liability under the Fair Housing Act (FHA). In the case, Texas Department of Housing v. Inclusive Communities Project, the allocation of tax credits is being challenged as an allegedly discriminatory practice under the FHA based on its disparate impact on minority residents.

The U.S. Supreme Court will weigh whether the state of Texas violated a fair housing law by disproportionately awarding low-income housing tax credits to developers who own properties in poor, minority-dominated neighborhoods.

The court will decide whether a federal law called the Fair Housing Act allows for so-called disparate impact claims based on seemingly neutral practices that may have a discriminatory effect, an issue closely watched by the banking and insurance industries.

President Barack Obama’s administration has said that disparate impact claims are allowed under the law, while conservative advocacy organizations and business groups contend they are not. The law was passed by Congress in 1968 to prohibit bias based on race in the sale or rental of housing and related services.

For decades, disparate impact claims have been a way for lawyers representing African Americans and other minorities to attack policies that do not directly discriminate yet have the effect of putting certain groups of people at a disadvantage.

Civil rights advocates have worked recently to keep cases away from a Supreme Court dominated by conservatives because they fear the court will rule that such claims cannot be made.

The nine justices will weigh a lawsuit filed by Inclusive Communities Project Inc against the state of Texas. The group works to place low-income tenants in the more wealthy, majority white suburbs of Dallas.

Inclusive Communities says the state broke the law through its process for allocating the credits made available under the federal Low Income Housing Tax Credit Program. The program gives credits to developers who provide housing for people with low incomes.

The case gives the justices a third opportunity in as many years to decide whether the Fair Housing Act allows for disparate impact claims. In recent years, the court has twice agreed to hear a case on the issue but on each occasion the dispute was settled before the justices could issue a ruling.

The case is being closely watched by insurance and banking interests because of the effect if could have on similar types of disparate impact claims made over lending and insurance practices. The U.S. Chamber of Commerce, the American Bankers Association and other business groups filed briefs urging the court to hear the case.

A ruling is expected by the end of June.