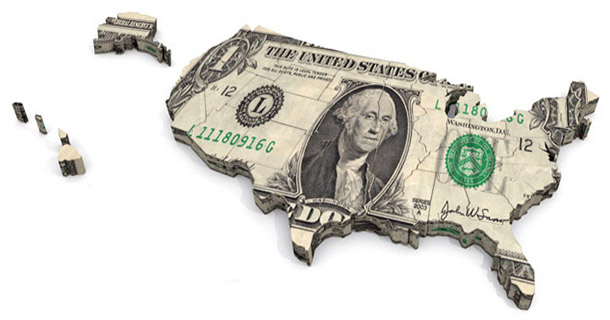 Where do you get your facts? Good facts make good decisions so it’s a rather important question.

In fact, your answer to this question is one of the structural walls of your life that determines who you are, how you live and how you conduct business. It can also determine the success of your portfolio and the profitability of the communities therein.

And of course facts, by their nature, must have context. That is, a million dollar house has a far different meaning in Senatobia, Mississippi, than it does in New York City. Context gives meaning. And meaning allows everyone to effectively navigate his or her own strategy for play.

Facts are also standard bearers for setting the rules. Good facts are important to social planning, asset projections and a civilization’s enduring existence. The process can determine anything from how much you pay in taxes, to healthcare benefits, to standardized qualifications for renting an apartment.

A most important economic indicator, income strata, has long shifted with the agenda. That is, the mysterious “1 percent” of American earners is widely identified as between $200,000 and $250,000, while the U.S. Census Bureau says it’s $350,000 and above. Still, we all know that this $350,000 is shifted even further by where the person lives. You might not think this is a big thing, but multifamily and other industries rely heavily on such statistics to chart metrics from new development to rents.

To add another layer of complexity to the topic of data, there’s the matter of engineering its’ meaning. Sometimes it’s called building a narrative. But a narrative doesn’t always work in the world of multifamily operations, asset management or optimizing revenue streams.

If all of this utterly confuses you, be careful. That may be the point.

The U.S. Bureau of Economic Analysis (BEA) has now begun to gather and publish new data on the differences in the cost of goods and services across the country and by specific metropolitan areas. We already knew that $2,200/month rent means a far different apartment, renter pool and cap rate in San Francisco than it does in Las Vegas, Nevada. Now we can be more accurate through this national cost of living metric.

A full-time worker needs to earn $18.92 an hour to afford a two-bedroom rental without spending more than 30 percent of income toward rent (the standard qualification for many apartments) according to the National Low Income Housing Coalition. This severely generalized number has no correlation to costs for goods and services in different metropolitan areas that vary by as much as 40 percent, with the disparity in rents even greater.

Within the first year of collecting the data, which incorporated the cost of over 200 goods from apparel to housing to utilities, BEA calculated price parities for all 50 states and Washington, D.C., as well as separately analyzed 381 metro areas. The cost of living spread across the states was nearly 32 percentage points. The range in rents varied by a stunning 97 percentage points. Hawaii came in with the highest rents (59 percent above the national average) while Mississippi fared 38 percent below the national average.

According to Zillow, the average apartment rent across the nation is $1,350. Following the BEA price parity index, this would mean that someone in Mississippi would pay $837 a month while someone in Hawaii would pay $2,147 for the same apartment. This differential literally changes everything in the life of a rental and the capitalization rate of an owner.

Context can mean everything across a portfolio and the methods of calculation will remain nuanced. It is our highest job to parse the data for the most accurate answer.