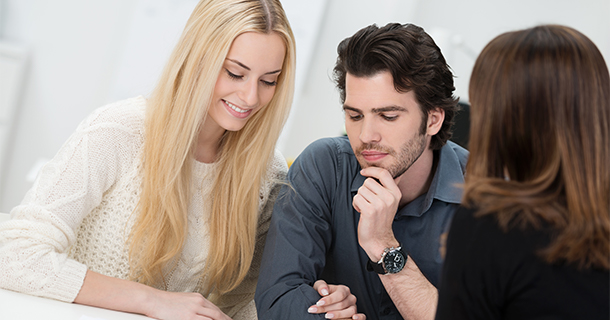 Since most landlords aren’t set up or approved to report rent payments to the national credit bureaus, their tenants’ credit scores often suffer as a direct result.

All this has huge implications for renters who hope one day to buy a house. To qualify for a mortgage, they’ll need good credit scores.

Young, first-time buyers are especially vulnerable—they often have “thin” credit files with few accounts and would greatly benefit by having their rent histories included in credit reports and factored into their scores.

Without a major positive such as rent payments in their files, a missed payment on a credit card or auto loan could have significant negative effects on their credit scores.

Or you may be one of the casualties of the system yourself, a renter with a perfect payment history that creditors will never see when they pull your credit. Suddenly the great divide gets intensely personal.

But here’s the good news: Growing numbers of landlords are now reporting rent payments to the bureaus with the help of high-tech intermediaries who set up electronic rent-collection systems for tenants.

One of these, RentTrack, says it already has coverage in thousands of rental buildings nationwide, with a total of 100,000-plus apartment units, and expects to be reporting rent payments for more than 1 million tenants within the year.

Two others, ClearNow and PayYourRent, also report to one of the national bureaus, Experian, which includes the data in consumer credit files. RentTrack reports to both Experian and TransUnion.

Why does this matter? Two new studies illustrate what can happen when on-time rent payments are factored into consumers’ credit reports and scores. RentTrack examined a sample of the tenants in its database and found that 100 percent of renters who previously were rated as “unscoreable”—there wasn’t enough information in their credit files to evaluate—became scoreable once they had between two months and six months of rental payments reported to the credit bureaus.

Tenants who had scores below 650 at the start of the sampling gained an average of 29 points with the inclusion of positive monthly payment data. Overall, residents in all score brackets saw an average gain of 9 points.

The scores were computed using the VantageScore model, which competes with FICO scores and uses a similar 300 to 850 scoring scale, with high scores indicating low risk of nonpayment.

Using a sample of 20,000 tenants who live in government-subsidized apartment buildings, Experian found that 100 percent of unscoreable tenants became scoreable, and that 97 percent of them had scores in the prime (average 688) and non-prime (average 649) categories.

Among tenants who had scores before the start of the research, fully 75 percent saw increases after the addition of positive rental information, typically 11 points or higher.

Think about what these two studies are really saying: Tenants often would score higher—sometimes significantly higher—if rent payments were reported to the national credit bureaus. Many deserve higher credit scores but don’t get them.

Matt Briggs, CEO and founder of RentTrack, says for many tenants, their steady rent payments “may be the only major positive thing in their credit report,” so including them can be crucially important when lenders pull their scores.

Justin Yung, vice president of ClearNow, said that “for most tenants the rent is the largest payment they make per month and yet it doesn’t appear on their credit report” unless their landlord has signed up with one of the electronic payment firms.

Is this something difficult or complicated? Not really. Landlords or property manager can go to one of the three companies: (RentTrack.com, ClearNow.com and PayYourRent.com) to request coverage.