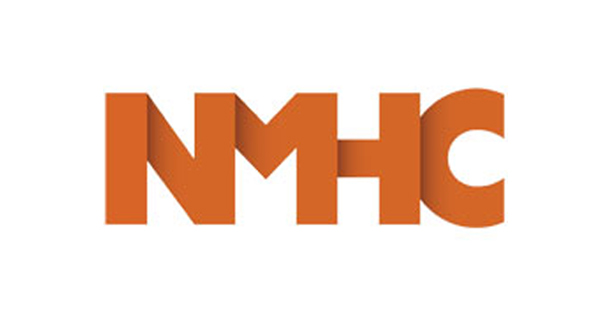 An overall uptick in activities on Capitol Hill means that work is also being done on issues important to the multifamily industry. NMHC’s political team continues to collaborate and educate lawmakers on our position on key industry issues.

The most recent to reach Congress include rural rental housing. Lawmakers are now considering a range of FY 2016 budget bills for Federal Government agencies and departments as part of the appropriations process. Although HUD funding is at the top of the priority list for the multifamily industry, another area of focus is the budget for multifamily rental assistance programs at the Department of Agriculture’s Rural Housing Service (RHS).

The Obama Administration’s proposed budget is to fund RHS’ Section 521 Rental Assistance (RA) program at $1.172 billion. However, that is only a slight increase from the FY 2015 level. Experts are concerned that it may not keep pace with RA contract renewals.

NMHC/NAA joined an industry coalition in continuing to urge both House and Senate lawmakers to preserve funding for rural housing programs.

The Section 521 RA program provides a deep subsidy to very low-income residents by paying the difference between 30 percent of a resident’s income and the basic rent required to operate the property.

Sweeping changes are proposed to financial regulations through a work in progress draft of a senate bill released on May 12.

Senator Richard Shelby (R-AL), chair of the Senate Banking Committee, released the “Financial Regulatory Improvement Act of 2015” on May 12. The draft bill changes a number of provisions of the Dodd-Frank Act of 2010, takes baby steps towards legislation that addresses reform of Fannie Mae and Freddie Mac (the GSEs), and increases oversight of the Federal Reserve. Although sweeping in nature, the bill appears to have no provisions that directly impact the multifamily industry.

The bill provides regulatory relief for community banks, redefines the Systematically Important Financial Institution or SIFI designation for larger banks, changes the Financial Stability Oversight Council, and modifies membership access to the Federal Home Loan Banks. It includes various pieces of legislation that drew bipartisan support in the last Congress. But several provisions that have been added are drawing criticism from the White House and Democratic lawmakers who are citing that the bill is a step toward dismantling Dodd-Frank bank reform passed after the financial crisis.

The Fannie and Freddie portion of the bill includes provisions in Senator Bob Corker’s (R-TN) proposed “Jumpstart GSE Reform Act of 2013,” which prohibit Treasury from “selling, transferring, relinquishing, divesting or in any way disposing of” its senior preferred stock holdings in the GSEs. They also include a prohibition on using guarantee fees (G-fees)—that Fannie and Freddie charge lenders—to offset government spending. Other sections included in the bill addressing GSE reform only impact the single-market.

In the past, NMHC/NAA have spoken out in opposition to raising G-fees to pay for unrelated spending by Congress. The G-fees are there to protect against credit losses and to protect the taxpayer. We will be closely monitoring activities on the bill and will provide future updates.

Released to the Democratic committee members and public the first part of May, the bill is slated for consideration by the Senate Banking Committee on May 21.

The House Appropriations Committee passed the more than $55 billion FY 2016 Transportation, Housing and Urban Development, and Related Agencies (THUD) funding bill on May 13. The bill falls $1.5 billion short of what HUD has said it needs to maintain current programs and is nearly $10 billion less than President Obama’s budget request. Ultimately, with a recently agreed to Budget Resolution between the House and Senate dictating funding levels for all federal agencies, HUD’s multifamily programs were not spared from certain cuts.

The HOME Program was cut from $900 million to $767 million, and a new funding method for the program was introduced, diverting dollars currently slated for the Housing Trust Fund into HOME. This provision was hotly contested and was the subject of an amendment by Congresswoman Barbara Lee (D-CA). Some are calling it a “raiding” of the Housing Trust Fund, so this is likely to continue to be a subject of debate as the bill moves forward.

The Tenant Based Rental Assistance Program also received a significant cut from more than $19 billion last year to over $18 billion. But THUD Subcommittee Chairman Mario Diaz-Balart (R-FL) stressed that funding priority will be given to existing vouchers in circulation to prevent payment interruptions for voucher holders and property owners.

The Project-Based Rental Assistance Program received a modest increase, but is still below the anticipated need for next fiscal year due to changes in the calendar year/fiscal year funding method for the program. The Federal Housing Administration’s multifamily programs received $30 billion of lending authority in the bill, well in excess of what they anticipate needing for the coming year.

The THUD bill now heads to the House floor for consideration and will provide Senate appropriators with a marker for their own legislation when they take it up in the near future.