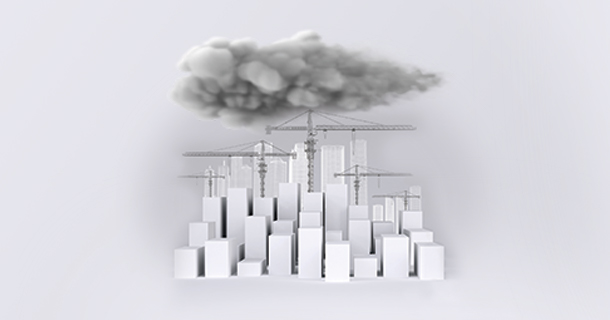 Although regulators recently loosened Fannie Mae and Freddie Mac’s cap on multifamily purchases, it still acts as a potential constraint, along with the tightening of the Federal Housing Administration’s Section 223(f) insurance program, a key source of multifamily refinance lending.

Still, for now business is booming as the market anticipates the Federal Reserve Board will begin raising interest rates soon.

“The refinancing market in multifamily is very, very strong,” Fannie CEO Timothy Mayopoulos said during a conference call in May. “There is very strong demand to lock in a 10-year loan as opposed to running the risk of not being able to do that going forward.”

Both Fannie and Freddie purchased $10 billion in multifamily loans in the first quarter, up from $3 billion in the same quarter a year ago. Realizing the two government-sponsored enterprises could bump up against the $30 billion cap in the third quarter, the Federal Housing Finance Agency loosened the ceiling by expanding an exclusion for certain affordable housing loans. Multifamily loans that meet the new affordability criteria will not count toward the cap.

“By responding to continued strong growth in the overall multifamily finance market and making these adjustments, we sought to achieve two objectives—facilitate ongoing liquidity in the multifamily market and further encouraging the enterprises’ involvement in affordable rental housing,” FHFA Director Mel Watt said in a speech.

The GSEs claim they are mainly focused on providing financing for workforce rental housing. Freddie financed nearly 140,000 units in the first quarter.

“Approximately 90 percent of the units were affordable to families earning at or below the median income in the area,” according to Freddie’s first quarter securities filing.

Despite the relief, however, the jury is out as to whether it will be enough to prevent disruptions in the market later this year.

Worries about the GSEs’ cap are increasing as the FHA is slated to see a decline in the multifamily loans it insures this year. That is not good news for lenders that specialize in FHA multifamily lending.

In 2012, FHA tightened its underwriting standards on its 223(f) program for purchasing or refinancing existing multifamily properties, despite extremely low claims and delinquency rates. The annual claims rate did not exceed 0.6 percent from fiscal year 2008 through fiscal 2013, and the 60-plus day delinquency rate was only 0.15 percent in November 2013.

This tightening is finally taking hold now, according to Bruce Sandweiss, executive vice president at Gershman Mortgage in St. Louis.

“The changes instituted in 2012 are just now beginning to hit the production numbers,” Sandweiss said in an interview.

Sandweiss said that the FHA increased the reserves that owners have to maintain to cover repairs and replacement costs on the properties, which has put upward pressure on rentals.

“We can still provide financing for a project,” said Sandweiss. “But the financing is not as attractive. The cash flow is impaired and makes it difficult to maintain affordable rents.”

FHA officials pin the decline in 223(f) program volume mainly on the increasing competition from private capital that stepped back into the multifamily market.

Portfolio lenders like banks and lenders that sell their loans into the commercial mortgage-backed securities market are very active. Banks and thrifts added $34.6 billion in multifamily loans to their balance sheets during 2014. These banks currently hold nearly $300 billion in multifamily loans on their books as of Dec. 31, according to the Federal Deposit Insurance Corp.

There is a lot competition, according to Ted Toon, acting FHA director for multifamily production. “The banks are back and the life insurance companies are back in a very strong way,” he said. “Across the board, we are seeing a decrease in the volume of our business.”

Mike Petrie, chairman of the Multifamily Lenders Council, claimed that FHA unnecessarily doubled the reserve requirement in 2012. He wants FHA to move to a 10-year reserve requirement, which is the industry standard and similar to what Fannie and Freddie require. Petrie is also president of P/R Mortgage and Investment Corp. in Carmel, Ind., and a former chairman of the Mortgage Bankers Association.

“It would be irresponsible for us in our fiduciary role not to have a longer-time horizon,” Toon said in an interview.

Over a 20- to 30-year span, roofs, boilers and major systems have to be replaced, he noted.

“Inadequate reserves can lead to substandard physical conditions. We can’t let that happen. We must insure that these properties are physically viable over the long term,” Toon added.

In 2012, FHA reduced its reserve requirement to 20 years from 37 years on average.

“We did not require reserves to be doubled,” Toon said. “We changed the standard in 2012 to require a 20-year look with a formula for calculating minimum deposits. The net effect of the policy change has generally been higher reserves than required before.”

FHA officials acknowledge, however, that some apartment owners have reported that their reserves have doubled.

FHA multifamily lenders want lower reserve requirements to make loans more competitive in the market. An FHA borrower or owner has to make an initial reserve deposit at closing and annual deposits.

“The reserve has to be replenished each year even if the reserve was not drawn down. So the balance builds and builds and there is a lot of equity just sitting in the bank,” said Forty Semadeni, chief underwriter of FHA multifamily transactions at Hunt Mortgage Group based in Dallas.

FHA officials are concerned, however, that loans being refinanced today at 3 percent might be difficult to refinance 8 to 10 years down the road when rates could be at 6 percent or 8 percent.

FHA has proposed changes to its underwriting standards, such as rolling back its debt coverage ratio and loan-to-value ratios. The comment period ended May 7.

“We have made a number of proposed changes that should reduce the pressure on rents that you are hearing reported from lenders,” Toon said. He expects to see a lot of recommendations with respect to reserves. “We will take a hard look at the comments we receive.”

“FHA gets a bad rap at times because it is just a longer process. However, when you finish everything, you have a phenomenal product. You got a long-term low interest rate financing,” Semadeni said.