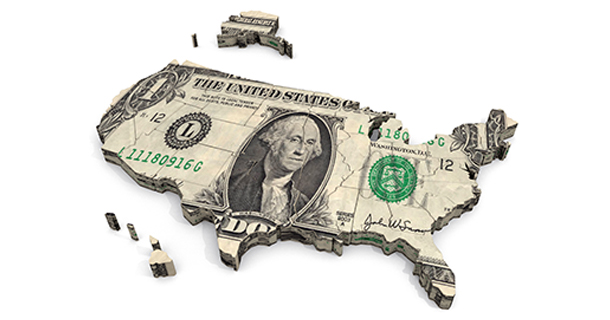 Fannie Mae and Freddie Mac each purchased more than $10 billion in multifamily loans in the first quarter of 2015, providing financing for more than 274,000 apartment units. The problem is, both GSEs operate under a $30 billion annual cap on such purchases. At their current pace, Fannie and Freddie would hit their caps by the third quarter, leaving no money available to finance deals in the latter half of the year.

Their overseer, the Federal Housing Finance Agency (FHFA), came to their rescue in May, revising the affordable housing lending categories that are excluded from the multifamily lending purchase caps.

The 2015 caps of $30 billion of new multifamily lending for each enterprise will not change. Instead, the FHFA tweaked the affordable housing lending exclusions to exclude a pro rata portion of multifamily loan amounts purchased by the enterprises in 2015. It revised the caps based on the percentage of units in a property that are deemed affordable to renters at 60 percent of the area’s median income.

The FHFA also excluded assisted living units for seniors from the caps as long as they are affordable at 80 percent of the area’s median income and also agreed to modify the calculation of specific loan amounts to be excluded from the caps for mixed income targeted affordable housing properties.

“By responding to continued strong growth in the overall multifamily finance market and making these adjustments, we have sought to achieve two objectives—facilitating ongoing liquidity in the multifamily market and further encouraging the enterprises’ involvement in affordable rental housing,” said FHFA director Melvin L. Watt, stating the agency’s support of this important part of the multifamily market.

While the moves are expected to boost liquidity for affordable housing, some of the FHFA’s new revisions also will provide added liquidity to market-rent properties. According to Morgan Stanley Research, exclusions from the previous caps were limited to properties that involved some form of government subsidy. That left the conventional market rate segment still subject to the caps. Under the latest revisions, some of those properties may now be considered “affordable” by HUD.

“We are adjusting this income threshold for more expensive housing markets where renters often spend a higher percentage of their incomes on rent,” Watt said.

The revisions will give GSEs additional lending flexibility in major centers of employment, such as Washington D.C., San Francisco, and Boston, according to Morgan Stanley Research. There are a total of 46 metro areas that FHFA designated as “high cost areas” in 2015.

According to Fannie Mae, the changes are needed to address the dwindling supply of units that are affordable to lower-income families in both the conventional and subsidized affordable multifamily markets. The GSE reports the supply of affordable housing simply hasn’t kept pace with demand, even though multifamily construction is on the upswing across the country.

In the years since the recession ended in 2009, wages for most workers have stagnated, but rents have continued to climb, while many of these wage earners haven’t recouped the ground they lost, Fannie Mae noted in blog post on its website.

Fannie Mae estimates that a robust 450,000 multifamily units are under construction for delivery over the next couple of years in the conventional segment, but the vast majority of new supply won’t fall into the affordable realm, it claims.

And while some of the older existing apartment rental supply will move into the more-affordable multifamily segments as more new supply comes online, this source of affordable supply will be increasingly limited.

As real estate economist Tatyana Zahalak in Fannie Mae’s Multifamily Capital Markets & Pricing notes, developers have been acquiring the generally older, more affordable Class B and Class C properties and renovating them, frequently to expensive Class A rentals. As a result, the share of available class B/C units in the market has been declining steadily from 65 percent of the market in 2000 to 57 percent in 2014, according to Zahalak.

In comparison to the conventional market, only about 80,000 units of subsidized multifamily housing are forecast to come online annually over the next few years, Zahalak said.