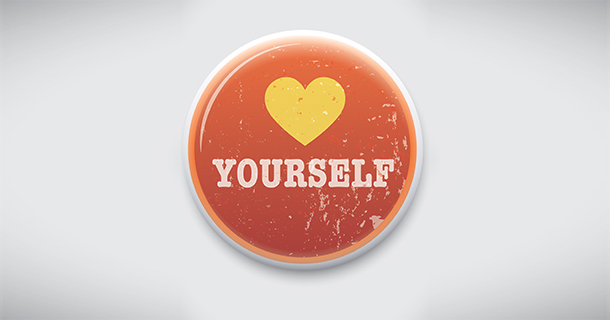 But it’s had some negative effects on the world too—like an epidemic of narcissism.

Oh, and there’s one other teensy weensy little problem with trying to boost self-esteem to deal with that critical voice—It doesn’t work.

This focus on improving self-esteem got to the point where the State of California started a task force and gave it $250,000 a year to raise children’s self-esteem. They expected this to boost grades and reduce bullying, crime, teen pregnancy and drug abuse.

It was a total failure in almost every category. Research shows self-esteem doesn’t cause all those good things. It’s just a side effect of healthy behavior. So artificially boosting it doesn’t work.

The cure-all is a cure-nothing. So what do we do? Researchers have found an answer to feeling much better about yourself—but it’s not improving self-esteem.

Stop lying to yourself that you’re so awesome. Instead, focus on forgiving yourself when you’re not. Research shows increasing self-compassion has all the benefits of self-esteem—but without the downsides.

When you’re self-compassionate you feel less embarrassed when you screw up. Self-esteem doesn’t help here.

There are a number of ways to boost self-compassion but I’m going to focus on one here because it’s epically simple:

I want you to talk to yourself. Nicely.

Next time that voice in your head starts saying critical things, reframe the thoughts into something positive and forgiving.

Sound silly? Tell that to the Navy SEALs. Positive self-talk is one of the methods that showed the best results in helping them get through their incredibly difficult training.

Maybe you’re not buying it. Talking to yourself not doing it for you? Imagine someone who loves you saying the kind words instead. Research shows this delivers serious results.

You need to dispute the negative thoughts and reframe them into something positive. You forgive others all the time. You need to start forgiving yourself more often. When we focus on self-esteem, we often build ourselves up by comparing ourselves to others. In the end, this is a losing strategy. Even if we come out ahead, it still distances us from other people and that’s no path to happiness.

By remembering that everybody screws up you not only engage your compassion muscles but you also draw yourself closer to others. You’re not better or worse. We’re all imperfect. And that’s okay. And it unites everyone.