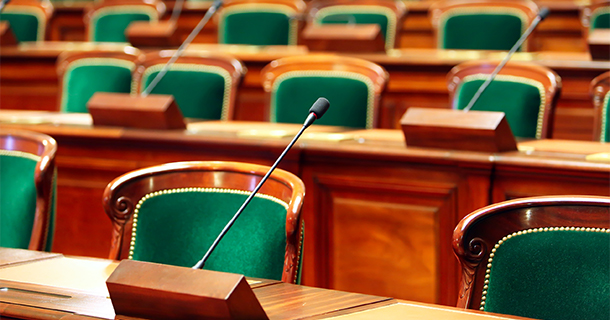 “The general consensus is that there is no consensus and nothing will get done this year,” says Clifton Rodgers, senior vice president for The Real Estate Roundtable.

Despite the long odds, apartment experts continue to visit lawmakers on Capital Hill. Action is still possible for proposals that could affect taxes on foreign investment or tweaks to financial reform laws. Congress could also make unexpected progress on large, unresolved issues like comprehensive tax reform or the fate of Fannie Mae and Freddie Mac.

Apartment experts still hope that Congress might act to ease some of the provisions of the Dodd-Frank Financial Reform Act, such as “risk-retention” rules that require lenders that originate conduit loans and issuers of commercial mortgage-backed securities (CMBS) to keep some of the risk of conduit loans on their own books. “Risk-retention rules could increase borrowing costs for CMBS,” says Rodgers.

Congress may also act to ease some of the burden of The Foreign Investment in Real Property Tax Act of 1980 (FIRPTA), which forces foreign investors to pay a tax on profits they make from investing in U.S. real estate. In March, the Senate Finance Committee approved a proposal that would increase the percentage of stock in a real estate investment trust that a foreign shareholder could hold to 10 percent before FIRPTA withholding was applied to dividends and stock sales.

Soon the politics of the upcoming presidential election will make passing laws even more difficult for an inactive Congress. “I don’t know if anything will be enacted—it would have to be an add-on to a bill that was a must-pass piece of legislation,” says Rodgers.

Despite the gridlock, Congress has shown it can, occasionally, take action. In December 2014, it passed a bill to extend provisions of the tax code including the New Markets Tax Credit (NMTC), which was extended through the end of 2015 and retroactive to the beginning of 2014. Treasury accepted NMTC applications in 2014, and the credits will be awarded sometime in this spring. Congress will need to extend the NMTC program again in order for Treasury to award the next round of credits. Applications will be submitted in 2015, credits would be awarded in 2016.

Efforts to resolve the situation of Fannie Mae and Freddie Mac ground to a halt in the new Congress with the two mortgage giants still held in receivership by the federal government. The new leadership of the Senate Banking Committee seems unlikely to produce a new reform proposal.

Conservatives in the House of Representatives continue to advocate privatizing their role in issuing mortgage debt, without providing a government guarantee to help keep the liquidity flowing in tough economic times. In the last session, the Senate Banking Committee created a bipartisan proposal to provide a limited government guarantee, although the full Senate never took up that proposal.

Comprehensive tax reform also stalled in the last session, even though Rep. Dave Camp made it a top priority as head of the House Ways and Means Committee. Without his leadership in the new Congress, tax reform seems unlikely to move forward as the presidential election approaches. Democrats and Republicans remain deeply divided on issues like whether income such as carried interest should be taxed as capital gains or regular income.

Even though it seems unlikely, there is always a slight chance that a gridlocked Congress will suddenly take bold action. The Tax Reform Act of 1986 shocked the real estate industry, wiping out a whole generation of affordable housing programs and changing the rules for a wide range of transactions. To prevent a repeat of that defeat, real estate experts are doing their best to participate in the discussion in Washington.

“You have got to keep the lines of communication open,” says Rodgers. “As they say in Washington, if you aren’t at the table, you are on the plate.”