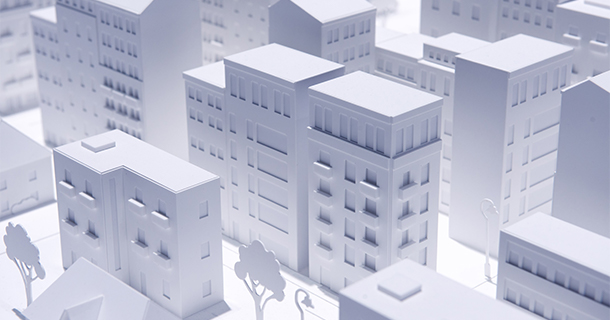 The question before the court was: Can you be found guilty of racial discrimination if you never engaged in policies that had any intent to discriminate?

Roger Clegg of the Center for Equal Opportunity lays out just such a scenario: “Suppose, for example, that the owner of an apartment complex decides that she does not want to rent units to individuals who have been convicted of drug offenses. She makes that decision without regard to race, her policy on its face does not treat people differently because of race, and indeed she enforces it in an evenhanded way so that it applies equally to all applicants, without regard to race.

Should she be liable for racial discrimination under the Fair Housing Act if it turns out that the policy in her neck of the woods has a disproportionate effect on this or that racial or ethnic group?”

In Texas Department of Housing v. The Inclusive Communities Project, the anti-segregation group ICP sued the Texas housing authority. ICP claimed that federal tax credits to developers who build low-income housing projects were disproportionately allocating too many of the tax credits to properties in minority areas and too few in suburban areas.

But the housing authority responded that the purpose of federal tax credits is to help underprivileged residents of rundown areas in an effort to improve their blighted status.

Such credits have a far less positive effect in more well-off neighborhoods. No evidence was presented that Texas officials were trying to discriminate.

Civil-rights groups say that any disproportionate effect of a policy on minorities represents a “disparate impact,” and that lawsuits based on this are essential in order to fight subtle forms of discrimination.

In practice, disparate impact creates a nightmare of paperwork and compliance costs for anyone in the housing business. It also can force a state or private builder to engage in race-conscious decision-making in order to avoid lawsuits. In other words, disparate-impact enforcement can lead to cases of discrimination under the guise of fighting discrimination.

Michael Skojec, a lawyer who filed a brief on behalf of Texas’s position, says what the country should be “trying to do is get people not to consider race, or think of people in racial terms. The disparate-impact concept encourages and requires people to think about race in every decision.”

He points out that the city of Houston has over 43,000 families on its waiting lists for affordable housing, almost all of them black. But forcing the Texas Housing Authority to change its tax-credit allocations will mean that most of them will have to wait far longer to get a better place to live.

July’s Supreme Court decision was based on other factors.

In an opinion authored by Justice Anthony Kennedy, the Court ruled against Texas on a 5 to 4 vote. It invoked a previous 1971 Supreme Court case (Griggs v. Duke Power Co.), which ruled that disparate-impact claims were valid when they referred to “the consequences of actions and not just the mindset of actors.”

But the dissent by Justice Clarence Thomas noted that the original text of the 1968 Fair Housing Act made crystal clear that claims can be made only if intentionally discriminatory conduct—or disparate treatment—is involved. Civil-rights historian Hugh Davis Graham agrees with Thomas on congressional intent. He wrote of Griggs, in 1990: “Chief Justice Warren Burger’s interpretation in 1971 of the legislative intent of Congress in the Civil Rights Act would have been greeted with disbelief in 1964,” just seven years earlier.

The legislative history of Title VII of the Civil Rights Act of 1964 supports Thomas. The co-managers on the Senate floor of Title VII, Senators Joseph Clark (D., Pa.) and Clifford Case (R., N.J.), pointed out that it “expressly protects the employer’s right to insist that any prospective applicant, Negro or white, must meet the applicable job qualifications… Indeed, the very purpose of Title VII is to promote hiring on the basis of job qualifications, rather than on the basis of race or color.” This bipartisan statement is considered by many to be the most authoritative part of the Act’s legislative history.

But, as Justice Thomas explains, ambitious federal bureaucrats were unhappy with limitations on their ability to pursue what they saw as “hidden” discrimination, and invented disparate-impact liability law as a means of combating it. Since then, disparate impact has been expanded in unimaginable ways, including Obama-administration agency action making it extremely difficult for employers to screen out job applicants based on their criminal record.

In addition, in those increasingly rare situations in which the employer does decline to hire an applicant because of his criminal record, the latest guidance from the Obama Equal Employment Opportunity Commis-sion to employers in this regard all but forces the employer to inform the job applicant that this has happened. This dramatically increases the chances employers will be hit with a discrimination lawsuit.

Martin Luther King Jr. famously looked forward to the day when his children would be judged not by the color of their skin but by the content of their character. As Gail Heriot of the U.S. Civil Rights Commission points out, “The content of one’s character, at least as revealed by one’s criminal record, cannot be taken into account without risking litigation.”

Author: John Fund is national-affairs columnist for National Review. He’s worked for the Wall Street Journal for more than two decades, starting in 1984, and was a member of the newspaper’s editorial board from 1995 to 2001.