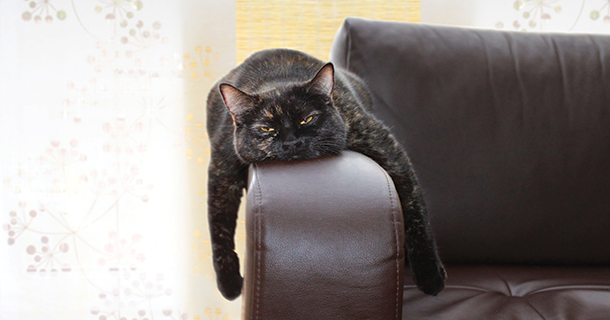 How do you choose those precious moments when you think you’ll be feeling your best to do the most challenging work? And what’s the best way to ride out any lulls?

What the experts say

“It’s just not realistic to expect ourselves to be on all day,” says Carson Tate, author of Work Simply: Embracing the Power of Your Personal Productivity Style. “Just as you wouldn’t expect yourself to walk at a brisk pace for eight solid hours, you shouldn’t expect yourself to be focused or think strategically for that amount of time,” says Tate. To make matters worse, few of us are getting adequate shut-eye. Around a third of the time, Americans come to work with less than 6 hours of sleep. “That’s just not enough,” says Christopher Barnes, an assistant professor of management at the University of Washington’s Foster School of Business. “And the effects can be very detrimental to your work.”

“There are a few optimal windows for doing your most creative and focused work,” Barnes says. Most people are at their best in the mid-morning and late afternoon. You might match your circadian rhythm to your schedule by organizing your to-do list around these peaks and valleys. Tate recommends doing “any type of highly detailed work,” such as writing, important decision-making, or technical coding during high-energy hours. During the lulls, you can then turn to tasks that don’t require a great deal of focus: cleaning out your inbox, filling out expense reports, or returning phone calls. “That’s when to do tasks that are like muscle memory work,” she says.

Get up and move

Any kind of physical movement will temporarily boost your alertness and energy levels. “Do just ten minutes, and the energy and focus will be much stronger afterward,” says Tate. You might take a brisk walk around the block, walk up and down the stairs, do some jumping jacks or push-ups, or even just stretch at your desk. The key is simply to move, which gets oxygen flowing and helps your body and mind overcome fatigue. Have a meeting scheduled? Take your colleague for a walk instead. And make a concerted effort to integrate exercise into your weekly schedule. “If you exercise regularly,” says Barnes, “then your chronic levels of energy will be higher.”

Meditate at your desk

Steve Jobs swore by it. Ray Dalio, head of the $165 billion Bridgewater Associates hedge fund, says it makes him feel like “a ninja in a fight.” Their secret weapon? Meditation. “Mindfulness exercises are a great way to engage in restoration” during the day, says Barnes. Research suggests that even a just a few minutes of meditation lowers stress and improves concentration and focus in a tired brain. “It’s a restful period that lets people drop some of the anxiety that further drains their energy,” says Barnes. Breathing “sounds so basic,” says Tate. But “five to seven deep belly breaths give us a lot more oxygen, which will give you a boost.”

Drinking coffee often feels like it mitigates the effects of a midday dip. “But it’s not actually giving you more energy,” says Barnes. “All it’s doing is masking the effects of your low energy,” by blocking a chemical that tells your body you are tired. And while this might work for a while, caffeine, like any other drug, soon begins to have diminishing returns. “The more dependent you are, the less the benefit you gain from using it and the more you need it just to get to your normal level,” says Barnes. He recommends using caffeine rarely and strategically to feel energized, like ahead of a big monthly meeting or if you’ve gotten a particularly bad night of sleep. “Don’t make it a habit to go out for coffee at 3 o’clock,” he says.

“Music is a great way to rev up or calm down,” says Tate. Just as you use music to energize when you work out, “you can do the same thing before your 3 PM presentation,” she says. The type of music that works best will differ from person to person: Whereas a fast-paced beat might get one person moving and energized, a laid-back beat might help someone else clear his mind and focus. Tate has a preference for instrumentals without lyrics, which she says “really helps me get through cognitive lulls.”

Power down your device

Working on your computer or phone late into the night directly harms your energy levels the next day. That’s because blue light from a device’s screen suppresses the production of melatonin, the chemical that tells your brain that it’s time to go to sleep. “It’s critical to avoid smartphone and tablets within an hour or two of going to bed,” says Barnes. “The worst thing you can do is use your phone in bed.” Of course, if checking your email at night is non-negotiable, Barnes suggests using apps like f.lux for computers or Twilight for smartphones to shift your device’s display from more blue light to red as day turns to night. Wearing blue-blocking Uvex glasses or similar models while you work at night can also help.

If you’ve heard it once, you’ve heard it a thousand times: The key to feeling more energized during the day is simply to get more sleep at night. “If you want to excel at anything, go to bed,” says Tate. “Sleep is the number one predictor of success.” Barnes agrees. “People think they can get just five or six hours of sleep and be fine,” he says. “But even small amounts of lost sleep will have noticeable effects.” A 2009 study found that people who had their sleep restricted to five hours a night for four days in a row showed the same loss in performance at a simple cognitive task as people who had a blood alcohol content level of .06. If you get eight hours of sleep on a regular basis, Barnes says, the dips in your circadian rhythms will be far less painful and more manageable. “Then none of these stop-gap measures will be necessary.”

Mine energy in mindfulness

Dan Scalco had been struggling with the 3 o’clock slump for awhile. As CEO of Digitalux, a digital marketing company based in Hoboken, N.J., Dan regularly clocked 12-hour days, putting out fires with clients, pitching for new work, and managing his team.

He tried taking supplements and multivitamins, going to the gym, and even taking mininaps in his office. But nothing seemed to alleviate the afternoon lull.

Then he began to do more research on strategies that had worked for successful business leaders. “I found that a lot of the people that I admire, people who are CEOs and authors, have some form of meditative practice,” Dan says. He was skeptical at first. “I had always looked at meditation as something that hippies did,” he says. But the more he read about the benefits, the more he wanted to give it a try.

The effects for him were immediate. He felt more energized, less stressed, and more focused during interactions with his clients and team. He now tries to meditate at least once a day for 15 to 20 minutes—typically around 2:30 or 3 PM. He sits on his office couch or chair, with his hands on his knees and eyes closed, and repeats a mantra in his head. “It’s like I’m on vacation for about 20 minutes a day,” he says. Afterward, “I feel like my brain has recharged.”

“I can honestly say that meditating at least once per day has changed my life,” Dan says. “It has given me unlimited amounts of energy, and thoroughly increased my productivity.”

Ryan Hulland was dog tired. As VP and co-owner of Monitoring Management, a Charlotte, N.C.-based supplier of HVAC equipment, he was pulling down long weeks trying to expand the business. In the evenings, he would help put his three-year-old to bed before getting back on the computer to do more work.

He began drinking more coffee and energy drinks, but found that they weren’t having the same effect after awhile. That’s when he began walking regularly, often after lunch. He found the exercise invigorated him, and led to more creative ideas. But when he got back to his desk re-energized, he often had to tackle a fairly mundane, rote task on his to-do list, which immediately erased the walk’s effects.

He began breaking out his to-do list into three columns on a white board in his office: a “fun” column of tasks that required a bit of creative thinking, like writing a company blog post; a “stuff” column of more mundane tasks that didn’t require a great deal of concentration or thought, like filling out paperwork; and an “urgent” column of items that needed to get done regardless of how he was feeling.

Ryan says that thanks to his new to-do list format, he gets far more done and takes better advantage of his peak-energy hours. Whereas he might have mindlessly surfed the web during a low-energy lull, he now tackles something from his “stuff” column. “There’s rarely a time now throughout the day that I’m not doing something,” he says.

He still works the same hours, but estimates he’s “maybe 20 to 30 percent more productive.” And when he gets home at night, “I’m less tired than I was before.”

Author: Carolyn O’Hara, writer and editor based in NYC.