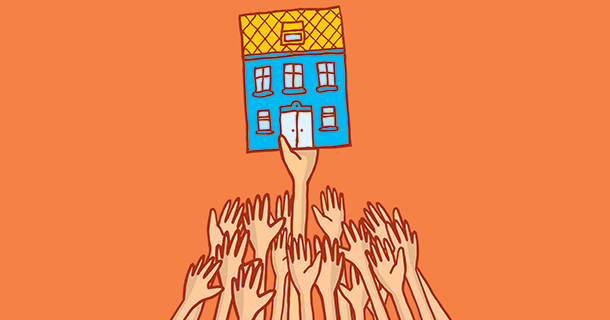 “Rent-stabilized tenants are paying more than 30 percent of the incomes on rent,” said Harvey Epstein, a tenant member of the city’s rent-setting Rent Guidelines Board, at a recent meeting. “That ain’t right. The rent is way damn too high.”

But newly released census data suggest the city’s one million rent-stabilized tenants may not be all that different from other renters.

The data show that rent-regulated tenants have about the same rent burden—the share of income that goes to pay rent—as tenants who pay market rates for their apartments, after accounting for federal subsidies that cover part of the rent for many low-income tenants.

Overall, 43 percent of rent-stabilized tenants paid more than 30 percent of their income, after accounting for the federal subsidies, compared with 42 percent for market-rate tenants.

In both groups, the poorest renters paid a large share of their income on rent, while few affluent renters were burdened.

The 30 percent standard is a long-standing rule of thumb that holds people can afford to pay 30 percent of their pretax income on rent or homeownership and still have enough left over for nondiscretionary spending.

State lawmakers are grappling with an extension of rent-stabilization laws, which expired in June. The Rent Guidelines Board will take up a possible rent freeze for one-year leases on stabilized apartments, as de Blasio called for during his campaign.

New York’s regime of rent regulations are part of emergency rules established to address a temporary housing shortage that has continued in operation in one form or another since World War II.

Since 1993, the law has allowed landlords to remove more than 100,000 units from rent regulation—typically when rents on vacant apartments reach a threshold, now $2,500 a month. The mechanism, known as vacancy de-control, was designed over the long-term to usher in the end of rent regulation.

de Blasio and housing advocates are pushing back and looking to turn the privately owned rent-regulated housing into permanent affordable housing. They want to eliminate vacancy decontrol as well as a 20 percent rent increase permitted when apartments are vacated.

“This is part of the bedrock of affordable housing in New York City,” said Wiley Norvell, a spokesman for the mayor, of the rent-regulated housing stock. “We need to strengthen our rent laws, eliminate vacancy decontrol and stop losing thousands of affordable apartments every year. Continuing the status quo won’t cut it.”

Jack Freund, EVP of the Rent Stabilization Association, which represents 25,000 building owners, said the government, rather than private owners, should provide subsidies for needy tenants.

The rent-burden data come from the 2014 NYC Housing and Vacancy Survey recently released by the U.S. Census Bureau. It performs the survey every three years under contract to NYC. The Citizens Budget Commission, a government watchdog group, conducted analysis of the data at the request of The Wall Street Journal.

Rahul Jain, a senior research associate at the commission, said the notion that there was a crisis of affordability for New Yorkers of all income levels obscured the problem of providing housing assistance to the most needy. “We end up making policy that may be inefficient for helping out those who are most severely burdened in New York,” he said.

Thomas J. Waters, a housing-policy analyst for the Community Service Society, said the analysis showed that rent regulation was especially needed to help poor tenants, particularly those who don’t get federal housing subsidies.

But it didn’t bother him that high-income people also benefited from rent regulation. “Landlords are doing fine,” he said. “There is no social harm in people having a good rent because they have stayed in a neighborhood a long time.”

Without accounting for the rent subsidies, 55 percent of regulated-tenants paid their landlords more than 30 percent of their income compared with 50 percent for market rate units.

If utility bills are added, the figure rises to 59 percent of rent-stabilized tenants and 55 percent of market-rate tenants paying more than 30 percent of income toward housing costs. This is the number de Blasio has used as he presses the case for more rent regulation.